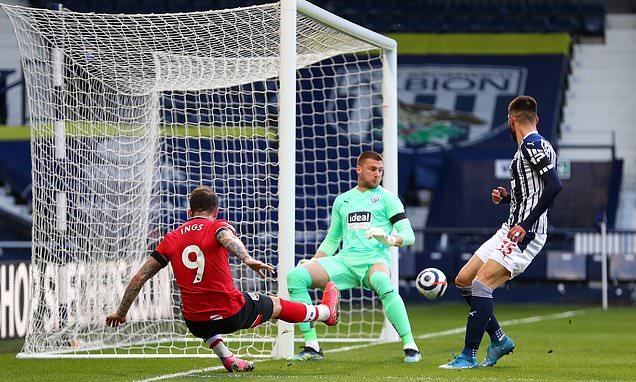 LIVE: West Brom vs Southampton – More VAR chaos as Mbaye Diagne’s header is ruled out following a VAR review despite striker appearing to be onside… with officials bizarrely claiming a line couldn’t be drawn through star’s body!

After pulling off the shock of the season West Brom return to action knowing anything less than three points will not be good enough.

Sam Allardyce’s Baggies shocked the football world with their rousing 5-2 victory over high-flying Chelsea at Stamford Bridge, sparking talk that perhaps the great escape really could be on after all.

They sit 11 points from safety, though have played a game fewer than Newcastle and two fewer than nearest rivals Fulham. Southampton, meanwhile, can jump up to 12th in the table if they take the spoils from the Midlands this evening.

Stay with Sportsmail’s Danny Gallagher for all live EPL coverage from the Hawthorns as West Brom and Southampton do battle for those vital points.