Between now and the end of the season, he confirmed last week, Thomas Tuchel will assess his frontmen and then finalise his summer plans for his attack.

Penny for the thoughts of Timo Werner, Olivier Giroud and Tammy Abraham then.

In the two games that have followed Tuchel’s declaration all three of his recognised strikers have started on the bench. 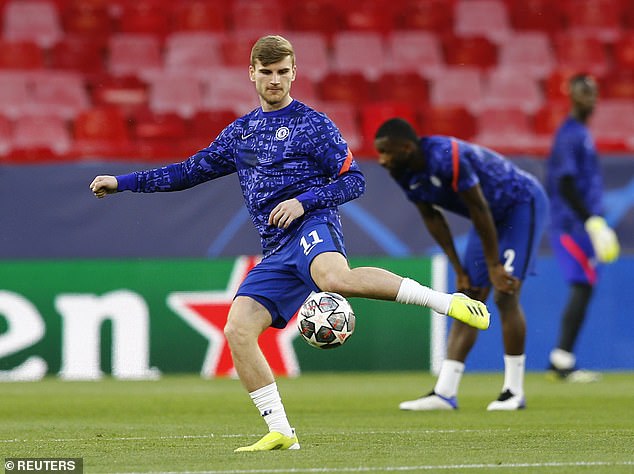 Instead Tuchel has opted for an front three of Kai Havertz, flanked by Mason Mount and Christian Pulisic.

While Chelsea already had control of this tie against Porto after winning the first leg 2-0 who Tuchel picked as his chosen ones to get them over the line in Seville was not insignificant.

His team still had a professional job to do in an important competition to confirm their place in a first Champions League semi-final since 2014.

It was certainly notable for Werner. This was only the second time all season he has been left out of successive games. 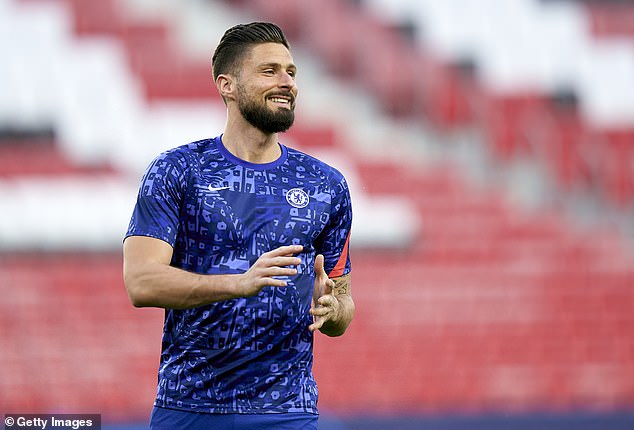 Werner, Abraham and Giroud, who grabbed a four-goal group stage haul on this ground in December, have had their opportunities under Tuchel.

The latter two in particular have fair grounds to argue not enough of them, however.

Equally it was hard to challenge Tuchel’s decision to keep faith with the three who thrived in Chelsea’s best attacking display under their new manager at Crystal Palace on Saturday, a 4-1 win.

‘The front three did very good but it is already in the past,’ Tuchel said. ‘The challenge is to show up again.’

Porto began with the intensity that the situation, from their perspective, required.

Meanwhile Tuchel’s trio saw far less of the ball in dangerous territory than they enjoyed at Selhurst Park. 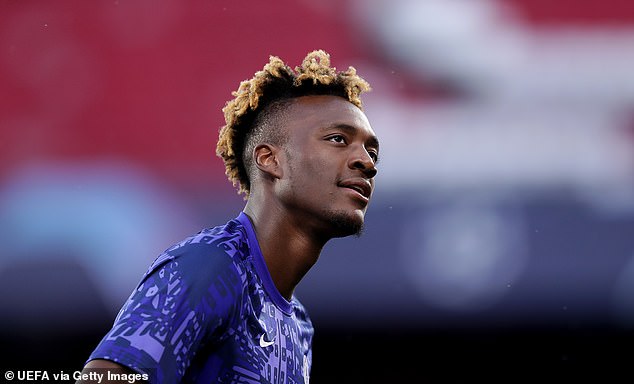 Pulisic spent much of the game picking himself up off the turf, the American repeatedly sent tumbling as a result of Porto’s physical approach.

At one stage, Havertz was in his own six yard box heading away a corner.

But on the occasions throughout when they had the opportunity or needed to attack they showed their value.

While the priority was managing the game, Mount, Havertz and Pulisic were always ready to raid forward and help get Chelsea up the pitch.

At least one of them played their part in the Blues’ most dangerous moments on the break each time.

All three can travel with the ball, often at speed, and with a level of control that unnerves defenders. They combine well too.

And while Werner and Abraham were left waiting for their next opportunities once again, with Giroud was not called upon until injury time.