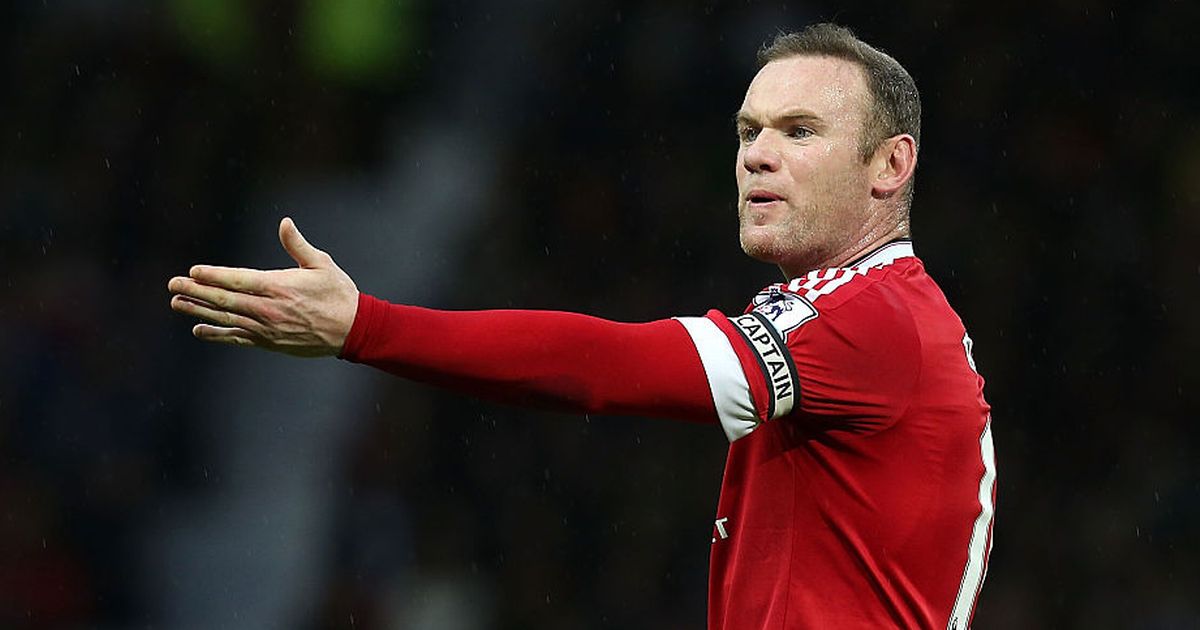 Wayne Rooney wore longer studs in Manchester United’s match against Chelsea in 2006 as a way of trying to inflict pain on his rivals, who were on the brink of winning the Premier League

Wayne Rooney has admitted that he deliberately wore longer studs in a crunch match against Chelsea when he played for Manchester United because he “wanted to hurt someone”.

Jose Mourinho ’s side held a nine-point lead over United with three games to go and only needed a draw to lift the trophy.

Rooney has spoken about the match in a new documentary, ‘Rooney’, which will be released by Amazon Prime on Friday.

In it he revealed that he went into the game with an ulterior motive: perhaps knowing that United’s title chances had faded, he decided to try and win another way.

“I changed my studs before the game,” Rooney says in the documentary.

“I put longer studs in because I wanted to hurt someone.”

He adds: “If Chelsea won a point, they won the league. At that time, I couldn’t take it.

“The studs were legal, they were a legal size, but they were bigger than what I would normally wear.”

Chelsea won the game comfortably as goals from William Gallas, Joe Cole and Ricardo Carvalho gave them the 3-0 win they needed to claim Mourinho’s second Premier League title with the club.

But Rooney did get his wish by inflicting pain on his England team-mate John Terry with a late tackle early on.

Just seven minutes into the match, Rooney flew into a full-blooded tackle which left Terry needing treatment on the pitch and saw a stretcher brought out.

HAVE YOUR SAY! What do you make of Wayne Rooney’s admission? Comment below.

Wayne Rooney went into a full-blooded tackle with John Terry
(

Terry managed to recover to continue, but Rooney was later stretchered off himself after his over-exuberant style came back to bite him.

The incident shows the extent of Rooney’s anger problem during his early years at United.

The 36-year-old, who now manages Derby County, has opened up on his career, explaining how the pressure of playing for United and dealing with personal issues would build up to a point where he’d need a release.

“There were times you’d get a couple of days off from football and I would actually lock myself away and just drink, to try to take all that away from my mind,” he told the Mail on Sunday .

“People might know that I liked a drink at times or went out but there was a lot more to it than just that. It was what was going on in my head.

“Now, people would be more empowered to speak about that kind of thing. Back then, in my head and with other players, there was no way I could go into the United dressing room and start saying ‘This is how I am feeling’ because you just wouldn’t do it.

Wayne Rooney had to be stretchered off against Chelsea in 2006
(

“Then you would end up suffering internally rather than letting your thoughts out.

“Locking myself away made me forget some of the issues I was dealing with. It was like a binge.

“Normally, that’s with a group of lads but this was a self-binge, basically, which helps you forget things but when you come out of it, you are going back to work and it is still there so it was doing more damage than good.”