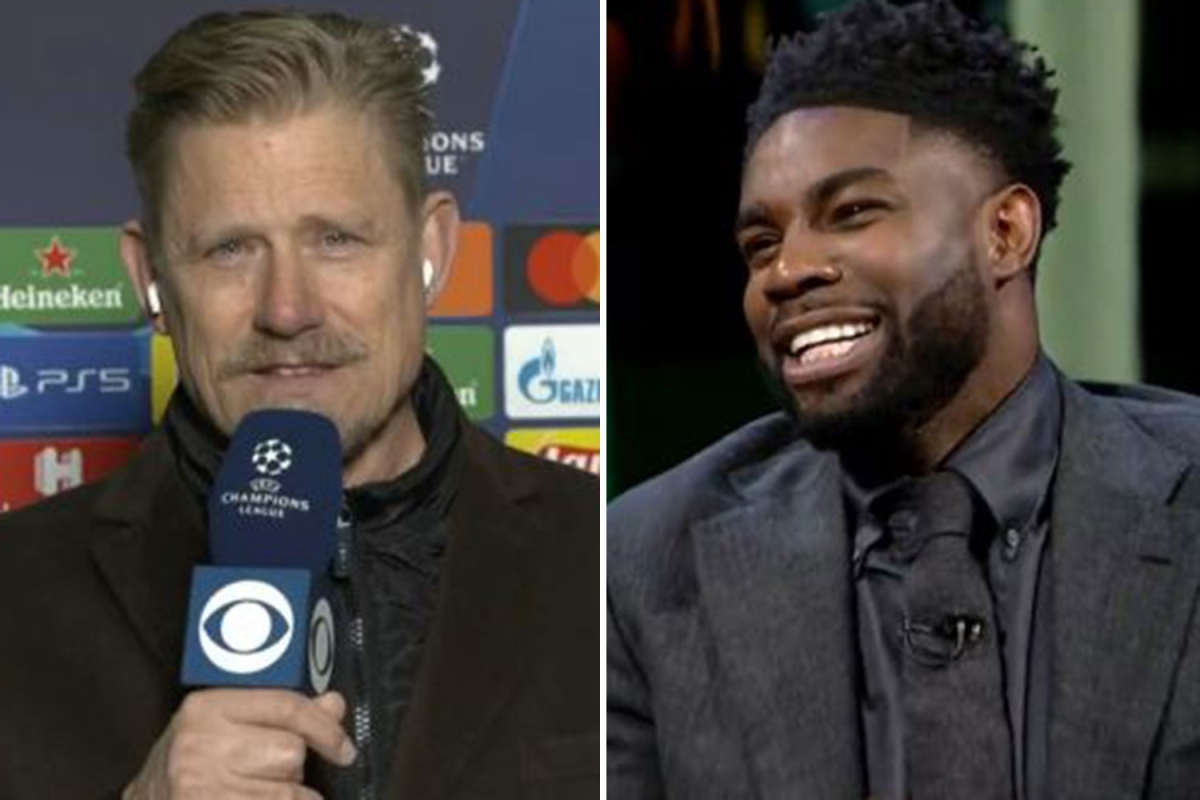 The footballers-turned-pundits were all on duty for American network CBS Sports on Tuesday night as Europe’s elite competition returned to action.

The quartet were treated to a fine display of football from Manchester City, who thrashed Sporting Lisbon 5-0.

And they also witnessed two of this term’s favourites battle it out as Paris Saint-Germain secured a late win over Real Madrid.

However, talk quickly turned to United’s chances amid their dismal season under interim boss Ralf Rangnick.

The German oversaw a fortunate 2-0 win against Brighton in the Premier League yesterday, ending a run of three games without victory.

And ex-Red Devil Schmeichel was soon put on the spot by his co-stars over whether Rangnick could emulate Chelsea’s Thomas Tuchel by leading his underperforming side to the continent’s greatest prize.

When asked by Richards to give an ‘honest’ answer over whether United can win the Champions League this season, Schmeichel cried: “Yes!

“Of course I do! What kind of question is that?!”

It prompted Carragher, Henry and Richards to break down in fits of laughter, with the trio unable to comprehend Schmeichel’s response.

Carragher then cheekily chimed in, with the Liverpool icon quipping: “What kind of answer is that?!”

Should United stand any chance of winning the Champions League for the first time since 2008, they will have to get past Atletico Madrid next week.

Diego Simeone’s no-nonsense Spaniards are sure to prove stern opposition in the last 16, first leg tie at the Wanda Metropolitano.

But should United come through that unscathed, they could indeed start dreaming of a miracle charge towards European football’s holy grail.