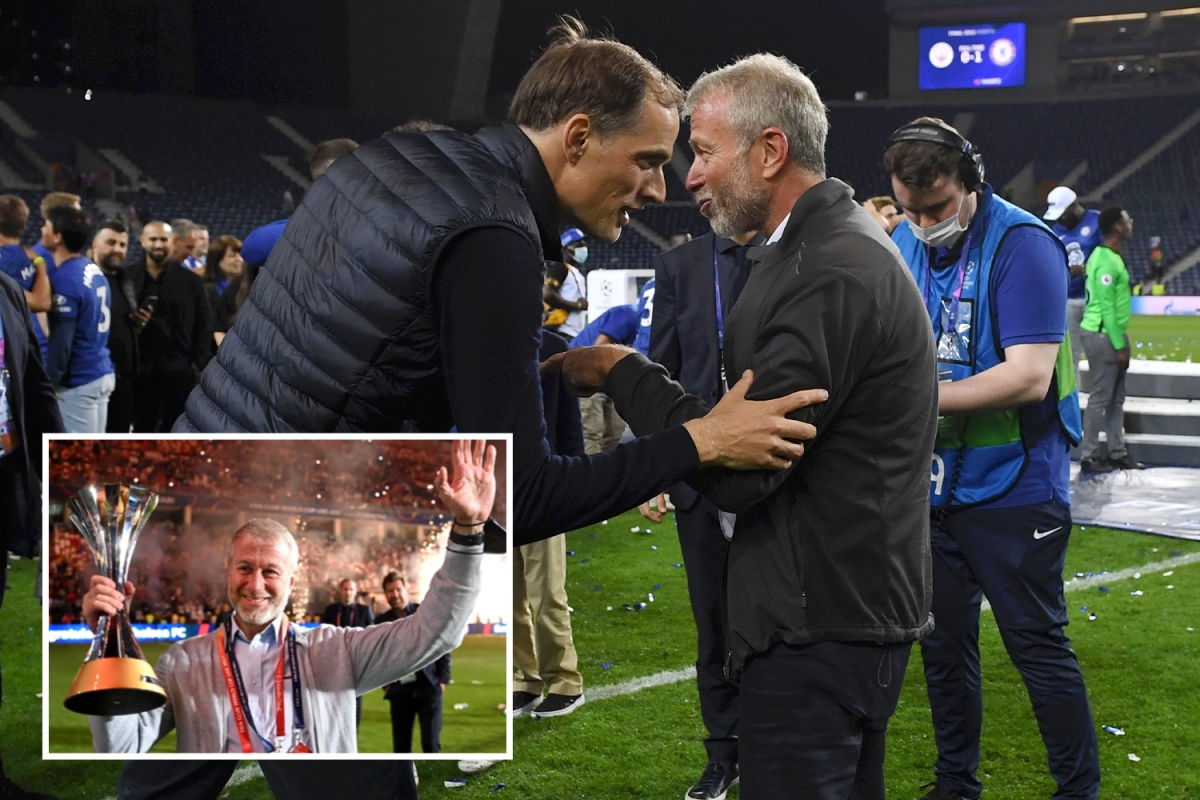 Abramovich, 55, was in Abu Dhabi to celebrate the Blues becoming world champions.

The victory means that Chelsea have now claimed every title going while under the Russian’s ownership.

The businessman is now based in Israel and rarely attends games.

But after making the trip, he was clearly chuffed to see this triumph in person.

The billionaire celebrated with the players and the trophy on the pitch after the win.

And Tuchel, who has had instant success since joining the West London club, took the time to congratulate Abramovich.

The German boss admitted: “I said, ‘It is for you and it is your club. Your input and passion that made it possible.’

“The trophy is for him.”

Brazilian Palmeiras made Chelsea work hard for their moment, Kai Havertz burying an extra-time penalty to be the hero.

Blues skipper Cesar Azpilicueta tricked the opposition by pretending to be the one taking the penalty before handing the ball over to Havertz.