‘Leicester don’t know how to celebrate… we had to punish them’: Antonio Rudiger reveals fired-up Chelsea wanted revenge for how Foxes ‘disrespected our history’ after pennant row sparked bust-up

Antonio Rudiger has admitted that the clip of Leicester’s Daniel Amartey throwing Chelsea’s FA Cup final pennant on the ground fired his side up to win their huge Premier League clash on Tuesday night.

Chelsea were beaten by Leicester at Wembley on Saturday, before they put that disappointment behind them to win a huge league clash against the same opposition at Stamford Bridge just three days later.

Between the two matches, a clip emerged online of Leicester’s Amartey throwing Chelsea’s cup final pennant to the floor, a disrespectful moment that Rudiger admits was added motivation for Thomas Tuchel’s side. 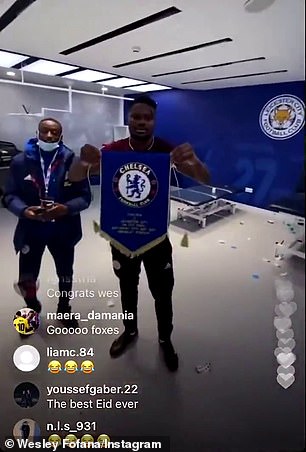 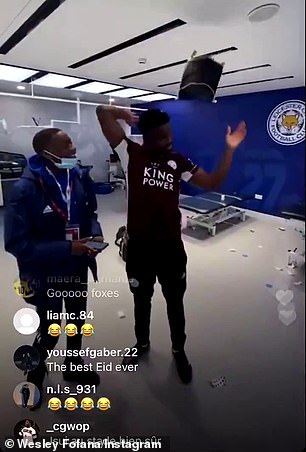 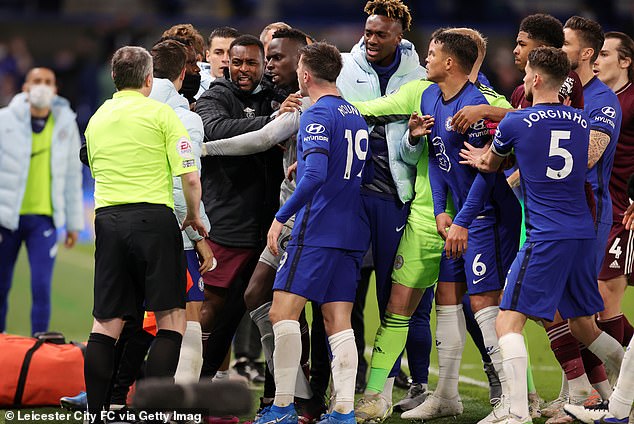 Just three days later, there was no love lost between the two sides in a Premier League rematch 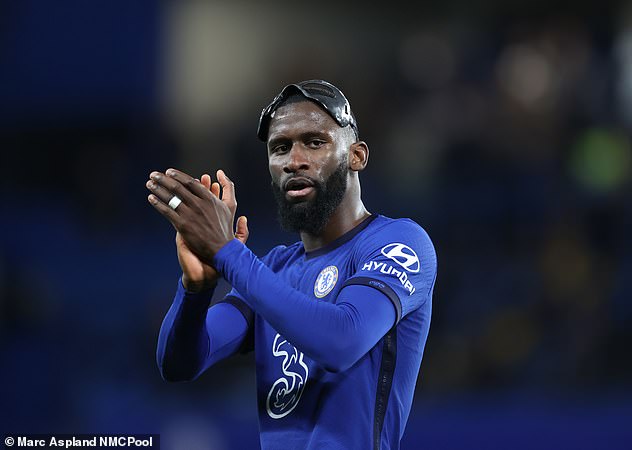 Although the boss himself insisted he did not bring up the moment during his team-talk, speaking after the game Rudiger told Chelsea TV: ‘Unfortunately some people in the Leicester team don’t know how to celebrate and we had to punish them, 100%.

‘Some of them gave us a bit more motivation after Saturday. Congratulations to them for winning, celebrate and everything, but don’t disrespect club history. This is a bit bigger than you.’

Leicester won their first ever FA Cup at Wembley on Saturday evening, and Ghanaian centre back Amartey appeared to get a little bit carried away post-match.

After collecting their medals and the trophy on the pitch, the Foxes players and staff made their way to the changing rooms, where defender Wesley Fofana broadcasted the scenes to all of his followers on Instagram Live. 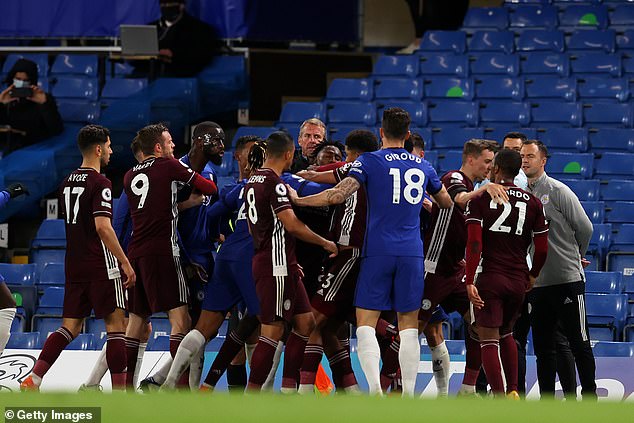 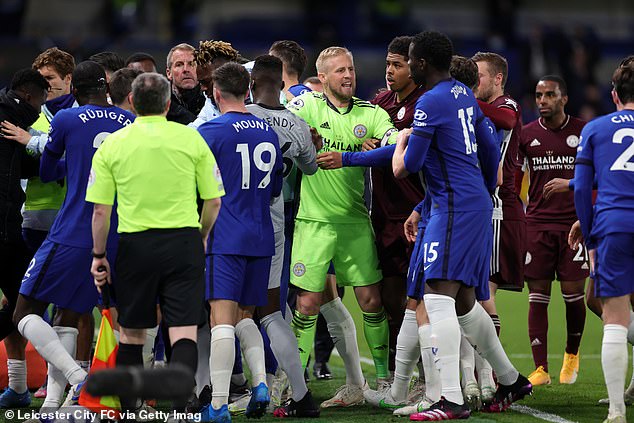 While recording, Amartey was seen picking up the Chelsea pennant, showing it to the camera before chucking it over his head and behind him onto the floor.

Fofana, who played the full 90 minutes against Chelsea, then flipped the camera and burst into laughter before cutting the video.

And in the aftermath, there appeared to be no love lost between the two sides, with an ugly brawl taking place at the end of the match on Tuesday night.

Things got heated towards the end of the game when Ricardo Pereira caught his former Leicester team-mate Ben Chilwell with a late tackle, resulting in a mass touchline fracas.

Rudiger reacted by squaring up to Pereira before the clash evolved into a bigger altercation between the other players, coaches and substitutes.

Amartey, who was an unused sub for the Foxes, was booked for his involvement in the scrap while Pereira was shown a yellow card for the foul on Chilwell.