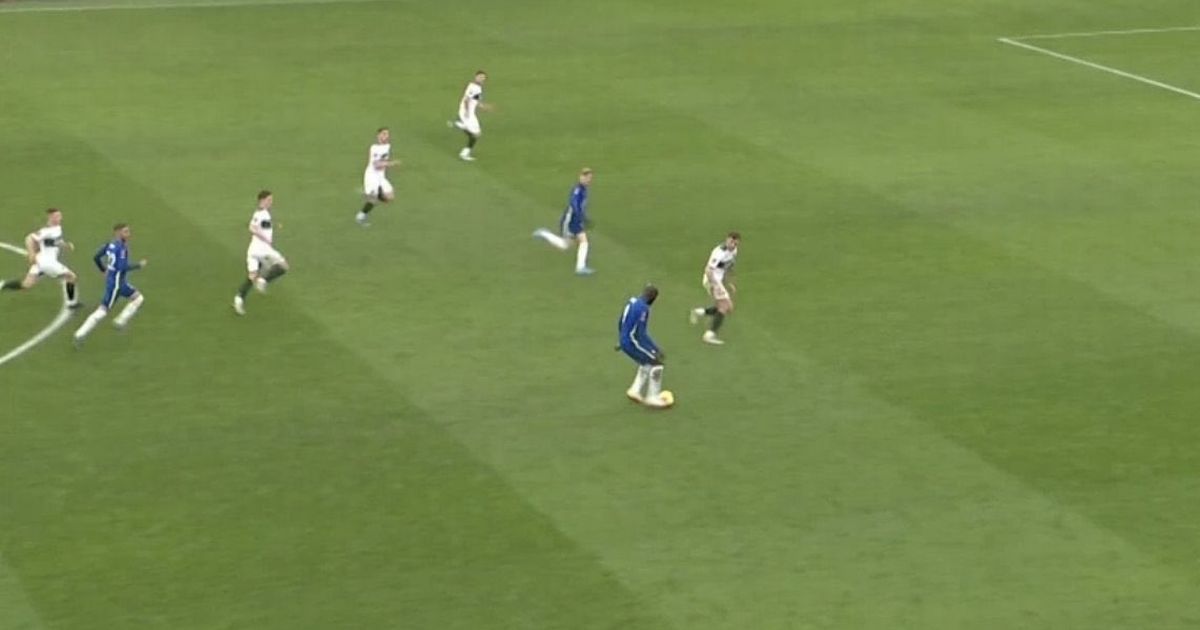 Chelsea are through to the fifth round of the FA Cup after an extra-time victory against Plymouth Argyle, although Timo Werner had a great chance to win the game in normal time

Romelu Lukaku was visibly unimpressed with Timo Werner after he failed to convert a glorious opportunity during Chelsea’s FA Cup victory against Plymouth Argyle.

With the score level at 1-1 and just minutes remaining in the game, Lukaku played a superb through-ball into the path of the German.

Werner had only goalkeeper Michael Cooper to beat, yet defender James Wilson managed to get across the Chelsea striker and clear the danger.

Lukaku couldn’t believe his team-mate’s hesitancy in front of goal, as Werner should’ve beaten Wilson to the ball and win the cup tie for the hosts at Stamford Bridge.

Chelsea weren’t left to rue the wasted opportunity, as Marcos Alonso scored an extra-time winner to send the Premier League side into the fifth round.

Can Chelsea win the FA Cup this season? Let us know in the comments below!

Romelu Lukaku failed to score against Plymouth Argyle on Saturday
(

It was a difficult afternoon for the Blues, who conceded a surprise early goal when Plymouth defender Macaulay Gillesphey got the better of Kepa Arrizabalaga.

Chelsea captain Cesar Azpilicueta equalised in the 41st minute before the League One outfit denied the reigning European champions until the 105th minute.

First-team coach Arno Michels took charge of the tie and he expressed his relief at overcoming Plymouth in extra time.

“We stayed in touch with him [Tuchel] the whole game,” said Michels after the game. “He was involved in the preparation and everything was clear what we wanted to do.

“We had 60 minutes where it could’ve been 3-1. We were a little unlucky with the crossbar and we scored, more or less, an own goal.

“That gave us some difficulty but the most important thing in the FA Cup is to go through and that’s what we did.”

Tuchel is now unlikely to be part of Chelsea’s bid to win the Club World Cup, with their semi-final against either Al Hilal or Al Jazira set to take place in just four days’ time.

The final of the tournament in Abu Dhabi will be held on Saturday, February 12.

“First of all, I do not exactly know what the situation is with Thomas when he will be back,” said Michels when asked.

“He has to follow the government rules and is in self-isolation, so we are looking forward to the next days.”

Lukaku attempted to play Timo Werner through on goal, and he somehow failed to finish
(

On leading the team against Plymouth, Michels added: “It is a team effort and we [the coaching staff] all felt a little bit excited because we are used to having Thomas by our side.

“It is different but the team does it easy for us and help us in our work. We felt good support and it is definitely different to when Thomas is there as we are not the main people responsible for it.”

It was another difficult afternoon for Lukaku, who’s scored just eight goals in all competitions since re-signing for Chelsea from Inter Milan in August.

“He’s working a lot for the team, doing lots of touches, but is a little bit unlucky,” said Michels.

“We try to put him, give him opportunities and we will keep on going like this because he is an important player for us. He is our striker so he also needs some trust in moments he doesn’t score.”