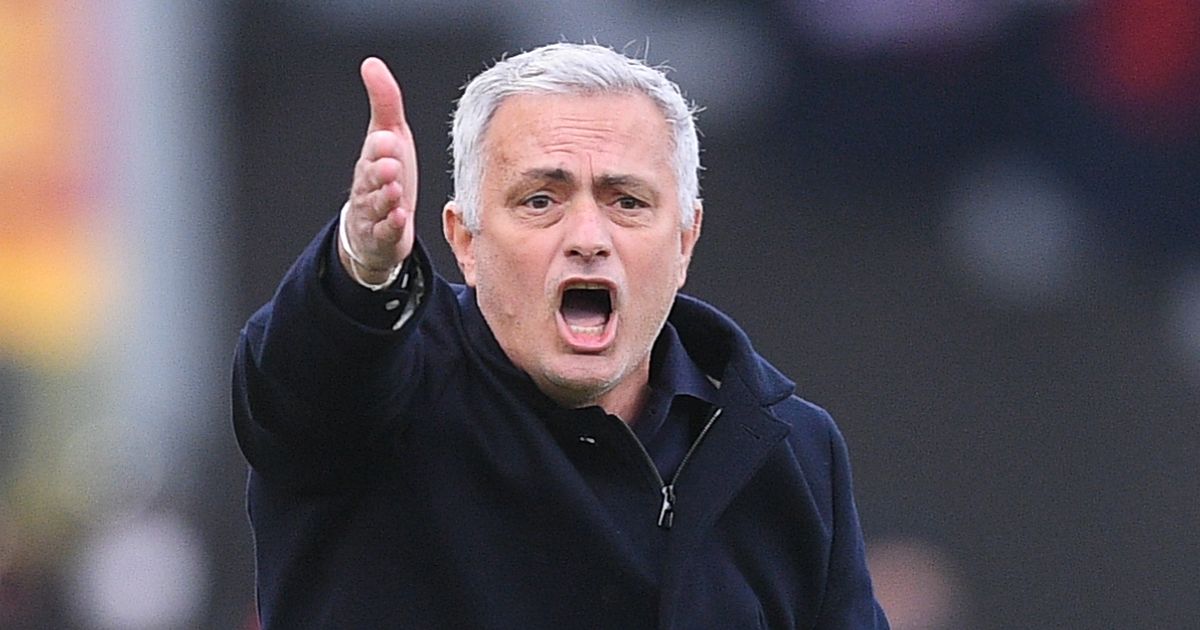 Mourinho ranted at his players following Tuesday’s 2-0 Italian Cup defeat to Inter Milan in the San Siro, with the Portuguese coach facing scrutiny over his future

Jose Mourinho sent off during Roma’s draw with Napoli

Roma are said to be happy to stick by Jose Mourinho for now despite his growing anger at some of his squad.

Mourinho slammed his players after Tuesday’s 2-0 defeat at Inter Milan in the Coppa Italia, with his rant headline news in Italy and used as evidence that he was losing control of his his squad.

Roma currently sit seventh in Serie A, the same place they finished last season, and they face a huge battle to earn European football in 2022-23.

They exited the Italian Cup with the loss to Inter, for whom Edin Dzeko scored after just two minutes at the San Siro.

Mourinho was furious with his Roma players
(
Advertisement. Scroll to continue reading.

Il Corriere dello Sport reported Mourinho’s angry words to his players in full, stating that he said: “I want to know why, playing face to face with Inter, you screwed up in the first ten minutes!”

“And then I want to know why, also against Milan, you screwed up in 10 minutes! Everyone, no one excluded!”

It is reported that Mourinho then went on to say: “I want to know why for two years you have been small against the big ones. If we are small, the referees treat us like [we’re] small!

“They treat Roma like a child. Inter is a super team, you had them in front of you and instead of finding the right motivations, you screwed up!

“The biggest flaw in a man is lack of balls, lack of personality. Are you afraid of games like this?

“Then go to Serie C, where you will never find teams champions, the best stadiums or the pressure of great football. You are people without balls. The worst for a man!”

Mourinho’s side sit seventh in Serie A
(

Despite the rising tensions between Mourinho and his squad, the same Italian publication report that the club have no intention of removing Mourinho from his post as manager just yet.

The former Chelsea, Manchester United and Tottenham boss signed a three-year contract when he was appointed last summer, and Roma are said to be determined to back the two-time Champions League winner.

Club owners the Friedkins and general manager Tiago Pinto reportedly want to lean on Mourinho during transfer discussions, with plans already underway for the summer window.

In this article:Champions League, Chelsea, Featured, Manchester United, Serie A