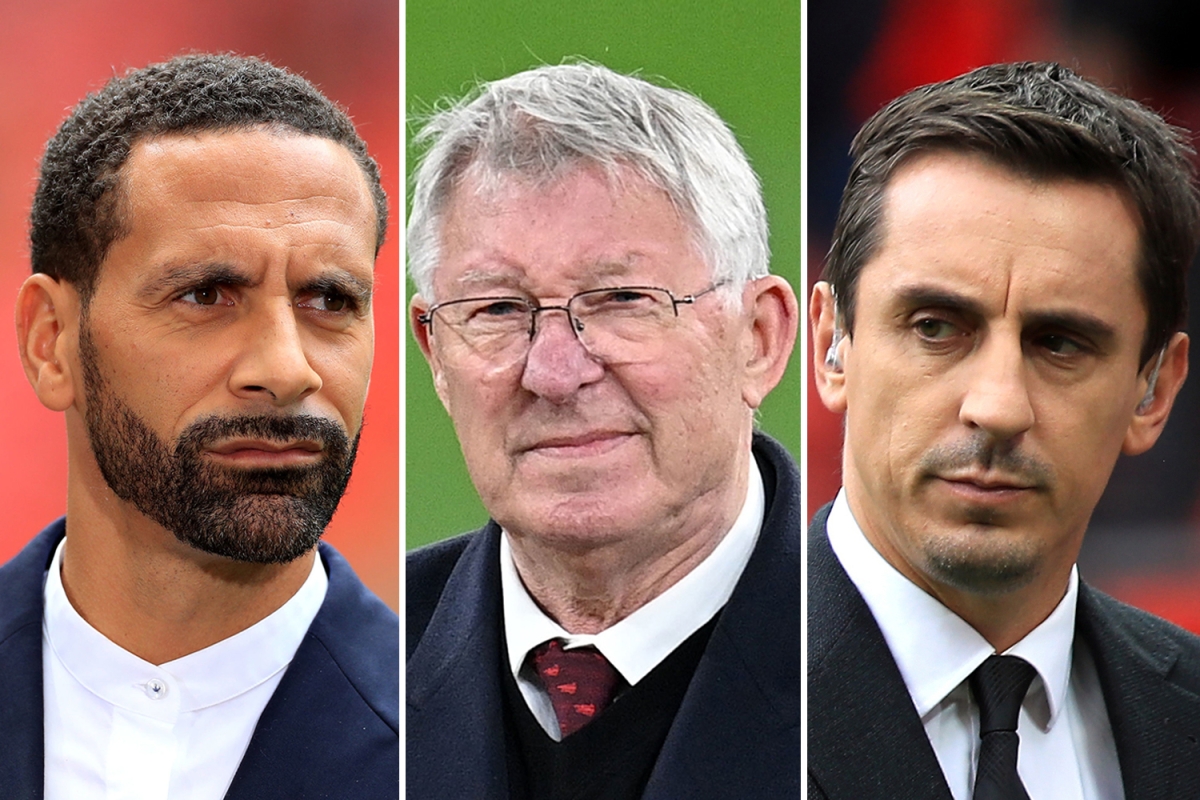 SIR ALEX FERGUSON would ‘go nuts’ over any dressing room leaks at Manchester United, according to Rio Ferdinand.

Former United defender Gary Neville this week claimed he knows who is behind the ‘disgusting’ dressing room leaks that are undermining the club.

Ole Gunnar Solskjaer was sacked in November with the club languishing in seventh place in the Premier League.

Ralf Rangnick has been appointed on an interim basis until the end of the season, but rumours of player fall-outs and a dressing room split continue to swirl.

Now Ferdinand, who made 312 appearances for United between 2002 and 2014, says Fergie would fume if it happened under his watch.

Speaking on his YouTube channel Five, the 43-year-old said: “The odd time a team would come out, and you could never say who it was.

“And then the manager used to go nuts. ‘How’s this getting out on a Monday morning? If I find out who this is, watch’.

“And if it comes back it’s someone’s agent then the finger will be pointed directly at you in this changing room, so just keep some stuff private.”

Neville is furious with the fact details from the squad are being revealed to the press – and suggested he knows which players and representatives are responsible.

The reality is that we do not like it, but we know who it is.

Speaking on his Sky podcast, the former right-back said: “I remember when I joined Sky and we had the Champions League in the early years, and I went over to Napoli to do a game involving Chelsea.

“It was when Andre Villas-Boas was their manager and he left out Frank Lampard, Michael Essien, Ashley Cole – four or five prominent players.

“That is what managers tend to do in their final days at a club, as they see it as a free hit.

“I remember sitting there at lunchtime with our team and they were getting messages of team news being leaked and the manager being slagged off, and I sat there thinking ‘does this actually happen’?

“Players agents and PR teams were briefing the media on a matchday about what was going on inside a club, and it was the first time I had seen it and known for it to happen – it really unnerved me.

“That is happening at Manchester United now – they are at it, the PR teams, the agents and the marketing teams, as a self-preservation for their own player.

“But what they do not realise is that unfortunately, when they go to the media then those media people go to us – so we know who is briefing.

“The reality is that we do not like it, but we know who it is.

“We are not going to throw people under a bus here because we have that journalistic respect – but they are it in the same way that Chelsea were all those years ago.

“They need to stop it and work as hard as they can.”