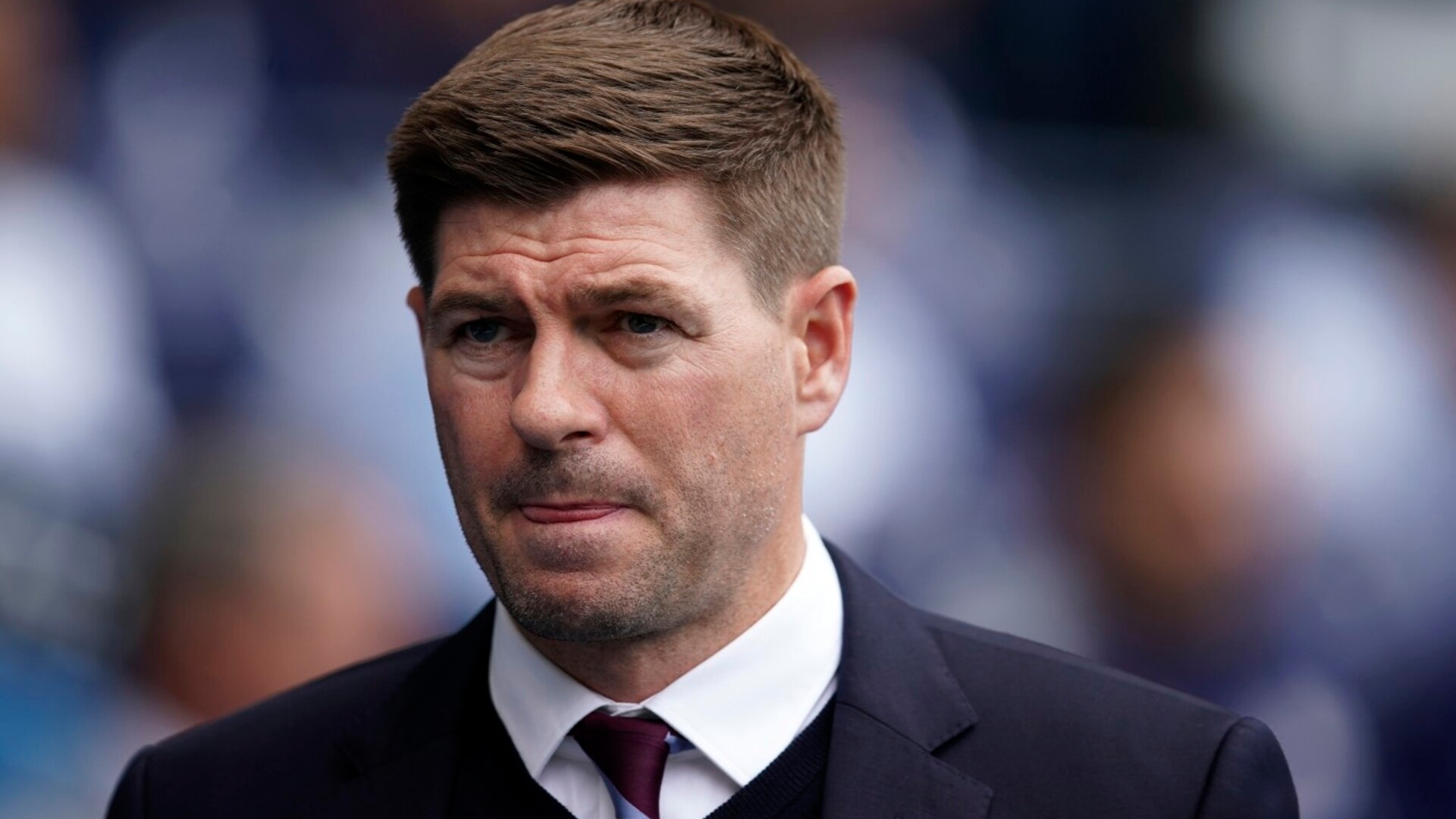 MANCHESTER CITY fans mocked Steven Gerrard after coming from behind to beat his Aston Villa side 3-2.

But the victory also denied Gerrard’s beloved Liverpool the league title after they too fought back to beat Wolves.

City also famously beat Liverpool to the league title in 2014 thanks in part to Gerrard’s infamous mistake in a 2-0 defeat to Chelsea.

Reminding the former Red of that incident, City fans sang: “Steve Gerrard, Gerrard, he slipped on his f**king arse.”

City supporters ran onto the pitch in their thousands to goad Stevie G, but they instead left the Aston Villa boss fuming for a different reason.

Gerrard was upset in his post-match press conference because his goalkeeper Robin Olsen was attacked by the pitch invaders.

There have been several examples of pitch invading supporters getting carried away this week, with one Nottingham Forest fan jailed for headbutting Sheffield United captain Billy Sharp.

Overexuberant City fans jumped onto one of the goals and ended up snapping it in half – but that did not deter celebrations in the slightest.

Others swarmed talisman Kevin De Bruyne and the midfielder had to be escorted to safety by stewards.

City have issued an apology to Olsen and confirmed an investigation will be launched to look into the incident.

BIG FINALE LIVE: Stay up to date with all the Premier League final day action in SunSport’s live blog

A statement read: “Manchester City would like to sincerely apologise to Aston Villa goalkeeper Robin Olsen, who was assaulted after the final whistle at today’s match when fans entered the pitch.

“The Club has launched an immediate investigation and once identified, the individual responsible will be issued with an indefinite stadium ban.”

Despite the end result, Gerrard was happy with how his side played for 70 minutes with Matty Cash and Philippe Coutinho giving his side a shock 2-0 lead.

But City showed why they are champions with three goals in five minutes to produce another historic day at the Etihad.