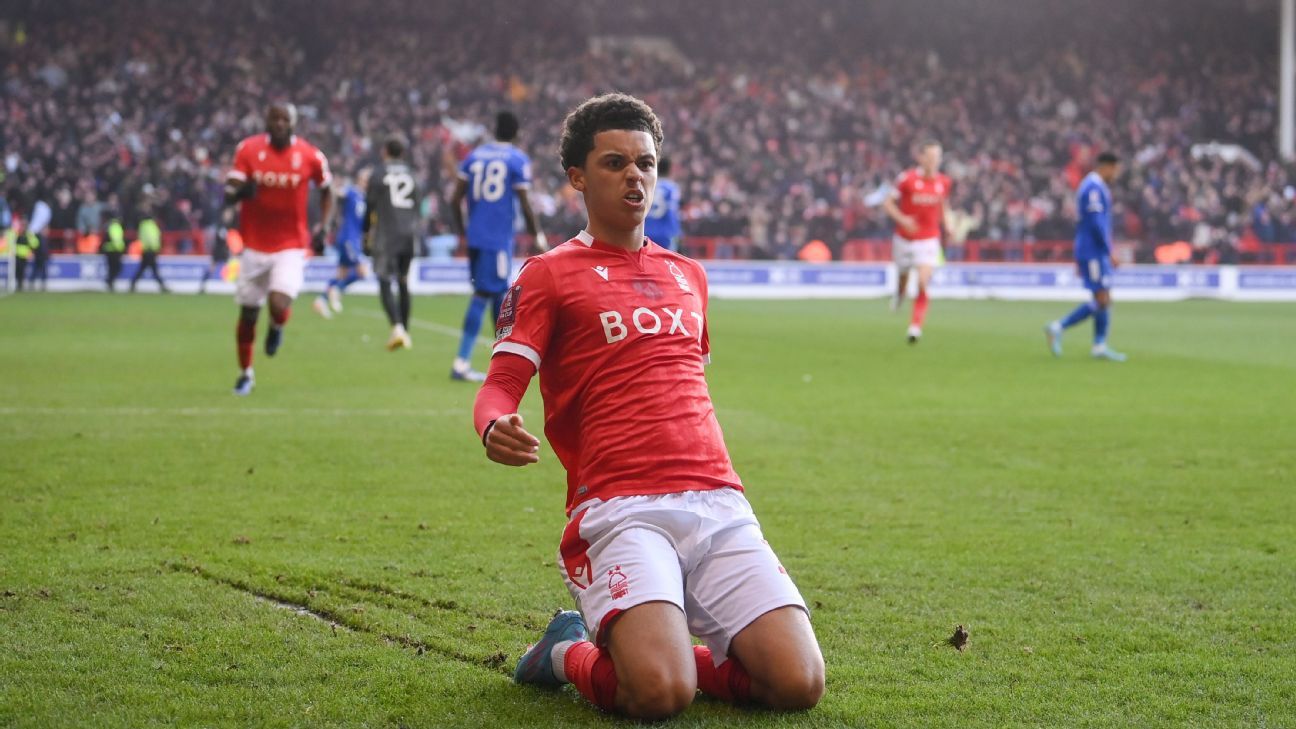 Leicester City said they are appalled after one of the club’s supporters ran on to the pitch and attacked Nottingham Forest players during their heavy FA Cup defeat on Sunday.

The Cup holders went down 4-1 to their Midlands rivals and later issued a statement to condemn the fan who charged on after Forest’s third goal and appeared to land punches before being bundled away.

“The club is appalled by such behaviour and offers its apologies to Nottingham Forest and its players whose safety was compromised,” Leicester said in a statement.

“We applaud the swift action taken by City Ground stewards in apprehending the individual involved, who will be subject to a lifetime ban from all Leicester City fixtures at home and away. We will offer every support to the relevant authorities in pursuing further appropriate action.”

Nottinghamshire Police later confirmed that a man had been arrested in connection with the incident.

“Investigations are in the very early stages and our enquiries into the circumstances surrounding the incident are ongoing,” a statement read.

It was the first meeting between the rivals for eight years and 4,000 Leicester fans made the short trip for the eagerly-awaited tie at a sold-out City Ground.

Asked about the incident, Leicester manager Brendan Rodgers said: “It’s behaviour we do not want to see. The field has to be a safe environment, we must always retain the respect in football and unfortunately the guy has come onto the pitch.

“The rules of society have changed — there’s no respect. People feel entitled to think they can do these things. We can’t have that lack of respect.”

Leicester’s defence fell apart as they conceded three goals in a 10-minute spell in the first half and although Kelechi Iheanacho pulled a goal back, Forest scored a fourth after the break and could have won by more.

It was all a stark contrast to May when Leicester beat Chelsea at Wembley to win the FA Cup for the first time and Rodgers did not hold back in criticising his players.

“It was an awful performance and first of all I have to apologise to the fans, we needed physicality and authority and lacked it,” Rodgers said. “There was a lack of hunger and you get destabilised when you make errors.

“That’s the first time since I’ve been here that I was embarrassed. We brought the FA Cup into the team room [before the game] so they could see what we went through last year and provide that motivation.

“We still have a big part of the season to go and hopefully the players can go away and reflect on that. I can’t mask it, it’s a huge blow. The basics and fundamentals were not there.”

It has been a frustrating season for Leicester whose Premier League form has been inconsistent, leaving them in 10th place.

Rodgers takes Leicester to his former club Liverpool in midweek followed by a home clash with West Ham United.

More home truths will be spelled out in the next few days with Rodgers challenging some of his players to show that they deserve to be wearing the shirt.

“A lot of players have to improve and prove they are worthy of being here,” he said. “Some players may have achieved everything they can here. It’s something we have to look at between now and the end of the season.

“They have to look at themselves in the mirror and prove they are good enough to be here. I watch training every day and for some it’s everything they could dream of, they’ve won the FA Cup — that might be it, but it’s not for me.

“Too many players think they are top players but they are a long way off. We conceded poor goals. It was not a good day.”