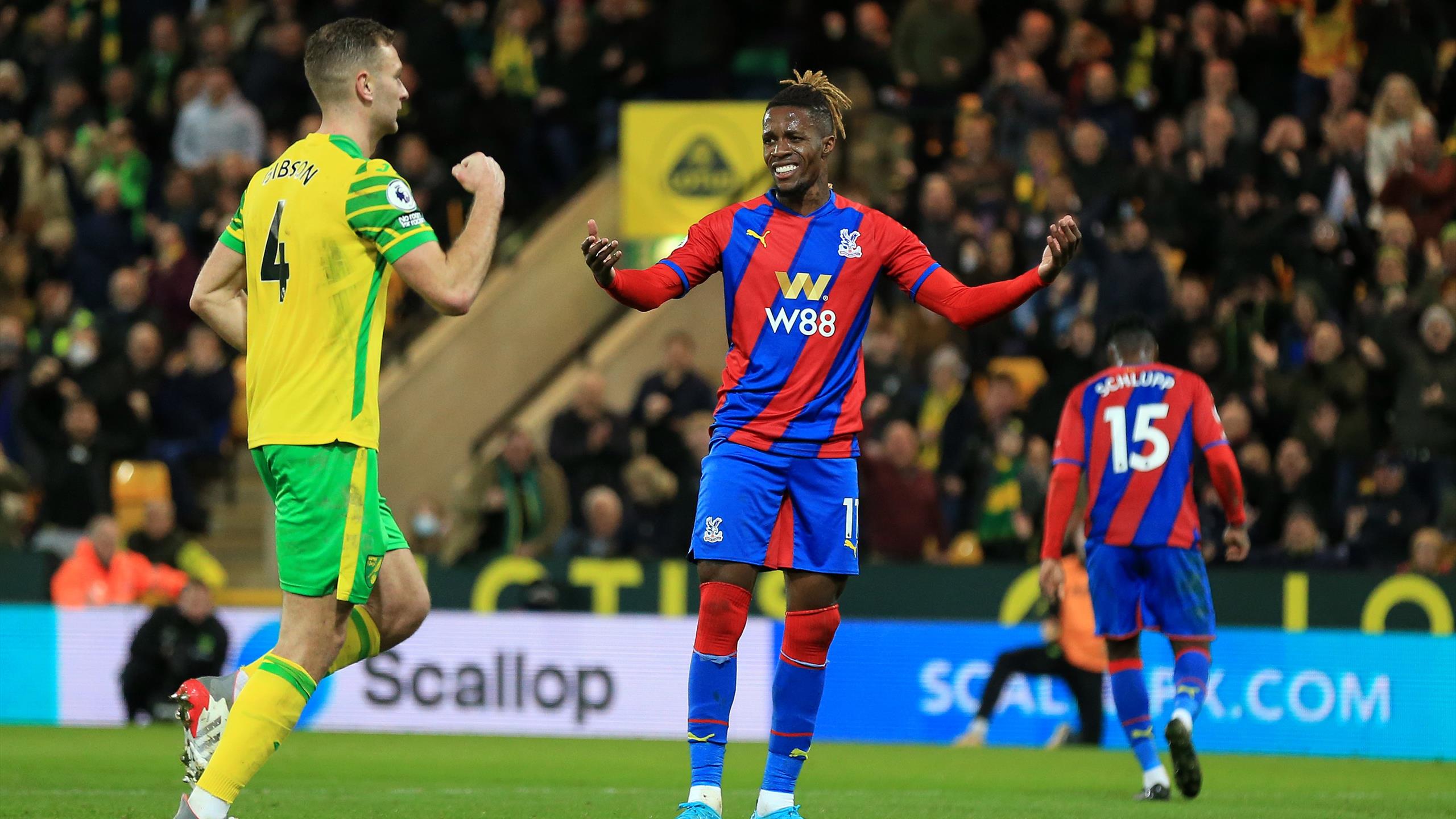 Norwich remain in the relegation zone after settling for a 1-1 draw with Crystal Palace at Carrow Road.

The hosts made an exceedingly fast start to the match, Teemu Pukki opening the scoring after only 39 seconds. After Milot Rashica had stormed up the left flank and pinged a cross into the box, Adam Idah teed up the Finnish forward to lash home from just inside the area.

Pukki squandered an excellent chance to make it 2-0 with just over 20 minutes on the clock, Rashica roaring forwards once more and sending him clear. With only Vicente Guaita to beat, he took a touch rather than shooting first time and, in the split second that followed, Tyrick Mitchell managed to throw his body in the way.

Palace had the ball in the net via Jean-Philippe Mateta just before half time, but the linesman’s flag went up for offside. A VAR check confirmed that it was the correct decision, with Patrick Vieira left seething on the sidelines.

Rashica continued to impress in the second half, cutting inside five minutes in and fizzing a shot just wide of the upright which left Guaita grasping at thin air. Wilfried Zaha went one better, however, coming off his flank to curl one past Angus Gunn and into the far corner of the net.

Zaha went from the sublime to the mundane moments later when, having played Mitchell in behind Max Aarons only for the Norwich right-back to clip his teammate across the back of the heels, he stepped up and skewed the ensuing penalty horribly wide. While he indicated that he had slipped, it looked like a miscue as much as anything.

Conor Gallagher went close from a free kick with 20 minutes to go, Gunn getting down low to his right to make an excellent save.

Palace ended the game on top and, as such, Dean Smith can be satisfied with a point. Norwich stay 18th, one point and one place behind Newcastle, while Palace are still relatively secure in 13th.