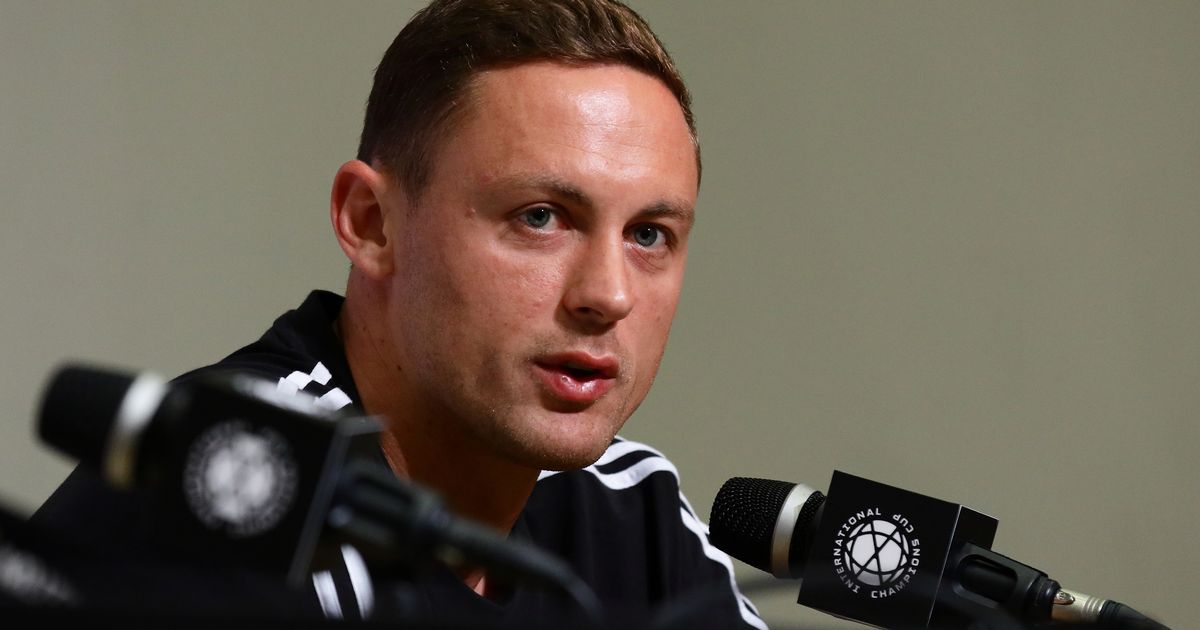 Nemanja Matic wants to have talks with his Manchester United bosses in a bid to thrash out his Old Trafford future.

Matic has struggled to secure regular game time this season and could decide to leave United in the summer.

The Serbian international has started just four games since Ralf Rangnick became interim boss at the end of November.

Matic, 33, has been struggling to overcome a shin problem and hasn’t played for United since before the winter break.

He signed a new deal with United in 2020 that runs until the end of next season.

But he knows United’s new CEO Richard Arnold is keen to sign a world-class holding midfielder in the next transfer window, which would see him fall further down the pecking order.

Have Your Say! Which midfielder should Man Utd target in the summer? Tell us here.

Matic has doubts over his Old Trafford future

Matic also knows Rangnick will not be in charge come the start of next season, when the German is expected to take up a new role at the club.

It has left Matic facing an uncertain future and he wants to know if he is still part of the club’s plans moving forward.

He will turn 34 before the start of next season and United could decide to sell him is a reasonable bid is made, instead of seeing him leave for nothing 12 months later.

Matic joined United from Chelsea in 2017 for £40m when Jose Mourinho was boss and has gone on to make 118 League appearances.

Various midfielders have been linked with a switch to Old Trafford in the summer, with West Ham’s Declan Rice reportedly among United’s top targets.

Rice looked to have poured cold water on any prospect of a move north in a recent interview however, when he insisted he was keen to stay close to his south London roots.

That could force United to seek out alternatives, and much could depend on whether Rangnick’s side can finish in the top four and qualify for the Champions League next season.

Rangnick is said to be keen on reuniting with some of the players under his watch previously at Red Bull Leipzig, with Amadou Haidara and Christopher Nkunku believed to be on his shortlist.

Decisions on transfers are not likely to be made until a new manager is appointed though, but with Paul Pogba set to depart on a free transfer, a midfielder will be top priority.

Brighton and Hove Albion star Yves Bissouma is also on the club’s radar but is also attracting plenty of interest from other Premier League clubs.

Donny van de Beek and James Garner are both expected to return from their respective loan spells ahead of next season to bolster the new manager’s options, though adding a player of world-class quality in that department remains a key ambition for United’s recruitment team.