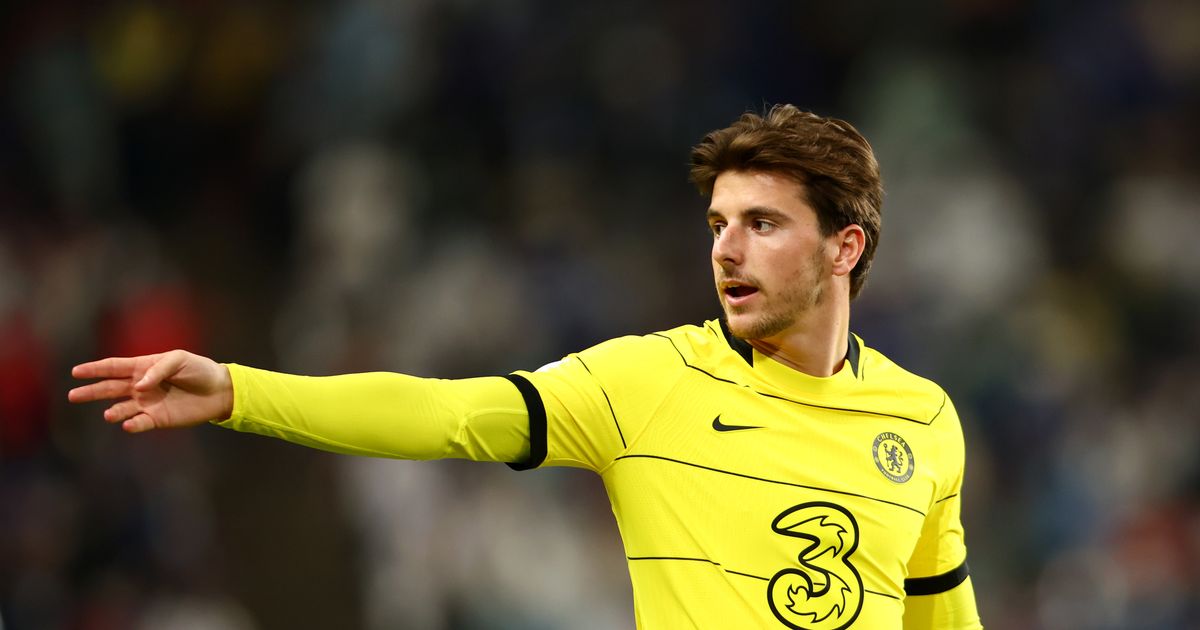 Mason Mount keeps his growing collection of winners’ medals in a special trophy cabinet at home.

But, unlike some players, he holds onto the runners-up gongs as motivation to remind himself just how “distraught” he feels after losing a final.

Incredibly, the Club World Cup will be the fifth final Mount has reached with Chelsea in the past 12 months after winning the Champions League, European Super Cup while losing the FA Cup and they have got the Carabao Cup to come later this month.

That is some achievement for a player who only turned 23 last month and also suffered the heartbreak of losing the Euros final with England last summer.

But Mount also views the Club World Cup final as a potentially once-in-a-lifetime opportunity which Chelsea must seize with both hands.

Chelsea midfielder Mount said: “I always keep everything. Obviously the winners ones obviously take top place on the mantelpiece, the Champions League is definitely No.1 I think. Hopefully on Saturday this one will be up there.

“But I think you look at the second place ones for memories and experiences, the Euros one, the FA Cups. You look at them and think how distraught you were after the game and they bring back that kind of feeling when you look at it.

“I know a lot of players, as soon as they get a second place medal, they throw it to the side but I kinda like having them. They’re not in the trophy cabinet. They’re in the side. You can use them as motivation.

There is also a nice symmetry for Mount as his first final of 2022 will be in Abu Dhabi and he hopes that his last of the year will be less than 200 miles away in Doha with England at the World Cup in December.

Mount’s rise from academy graduate to being out on loan at Vitesse Arnhem and then Derby bears no bounds because he is now a first pick for club and country.

But Mount is still humble enough to sound like a star struck kid when it comes to talking about nerves, the excitement of winning the Champions League and what lies ahead in his career. It was Mount’s pass which set up Kai Havertz for the winning goal against Manchester City.

Mount said: “These are the highs and lows of football. You go from being at the top of the top to being absolutely devastated and losing a final for your country. It was a tough one to take, definitely. We want to do it again and to show we are capable of getting to a final again.

England narrowly missed out on glory at Euro 2020

“The first final, you are very nervous. In the Champions League I don’t think I slept that well and for the day of the game, it was the only one I have been very, very anxious about. Butterflies in my belly. But as soon as we got to the stadium, we did the warm-up and I was excited. I was buzzing.

“When you enjoy something like that, you remember a lot about it, I do remember quite a lot of the Champions League final, one thing I don’t is when we scored, it just happened so quick.

“I remember playing it but after that it’s kind of like a blur. I remember screaming so long I gave myself a headache, and I lost my voice in that instant, like, that quick, but yeah that moment is kind of blurry but other than that it’s quite clear.”

There can be no doubt that the Club World Cup has often been viewed as a bigger trophy in South America than Europe. But Mount is driven by winning and this Chelsea generation would dearly love to win something the club has never done before.

“To put ourselves in a position to win another trophy is obviously massive for us. As a team, as a club and personally, we want to win things. We are on the right track and we want to keep going.”

Pick up tomorrow’s Daily Mirror/Daily Star/Daily Record/Daily Express and get a FREE £2 shop bet with William Hill which can be used on any of the sporting action!