Pep Guardiola gives his blessing for Sergio Aguero to join rivals Chelsea… while sales of striker’s shirt increased by eye-watering 1,200 per cent in days after his departure was confirmed

Sales of Sergio Aguero shirts increased by a staggering 1,200 per cent in the days after Manchester City announced his impending departure this summer.

Aguero is leaving City when his contract expires and Pep Guardiola claimed on Friday that he would have no problem with the striker joining a Premier League rival.

Chelsea have kept an eye on Aguero’s situation, with interest in the 32-year-old also coming from abroad. 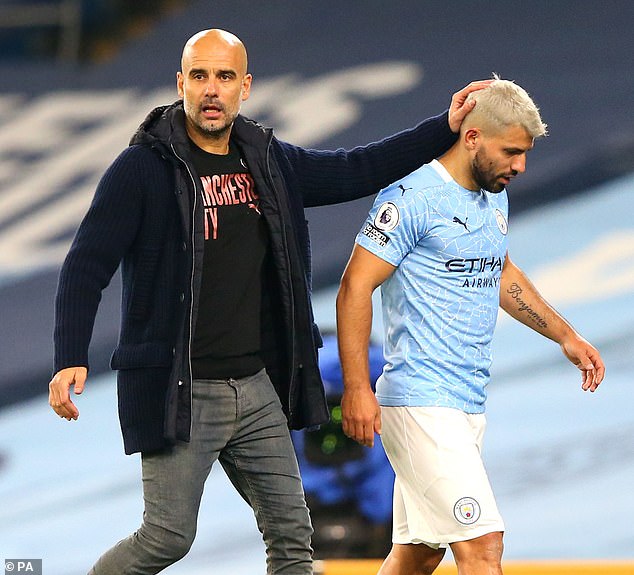 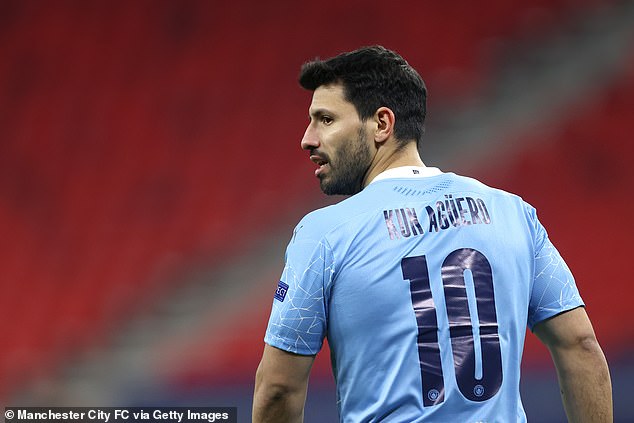 Sales of Aguero shirts increased by 1,200 per cent after City announced his departure

City supporters have flocked to snap up ‘Aguero 10’ kits — his final strip in his last season before bringing an end to a decade-long association with the club.

Aguero surpassed Eric Brook’s goalscoring record and will have a statue erected in his honour outside the Etihad Stadium.

‘Sergio is a lovely person with specific qualities and skills,’ added Guardiola. ‘I understand him, I know him, and I understand he needs time to get in the best condition.’ 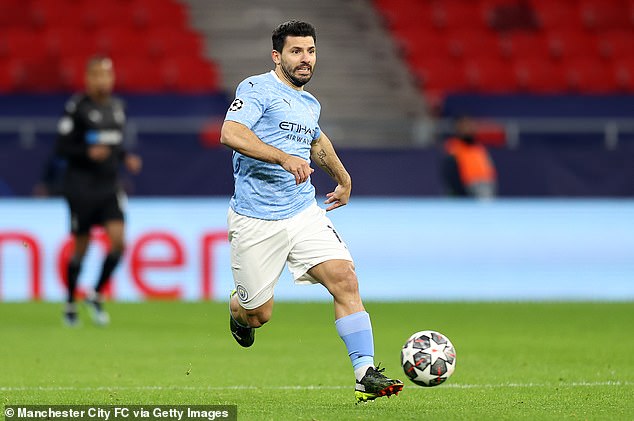 As well as Chelsea’s pursuit, there is also interest in Argentine star Aguero from abroad