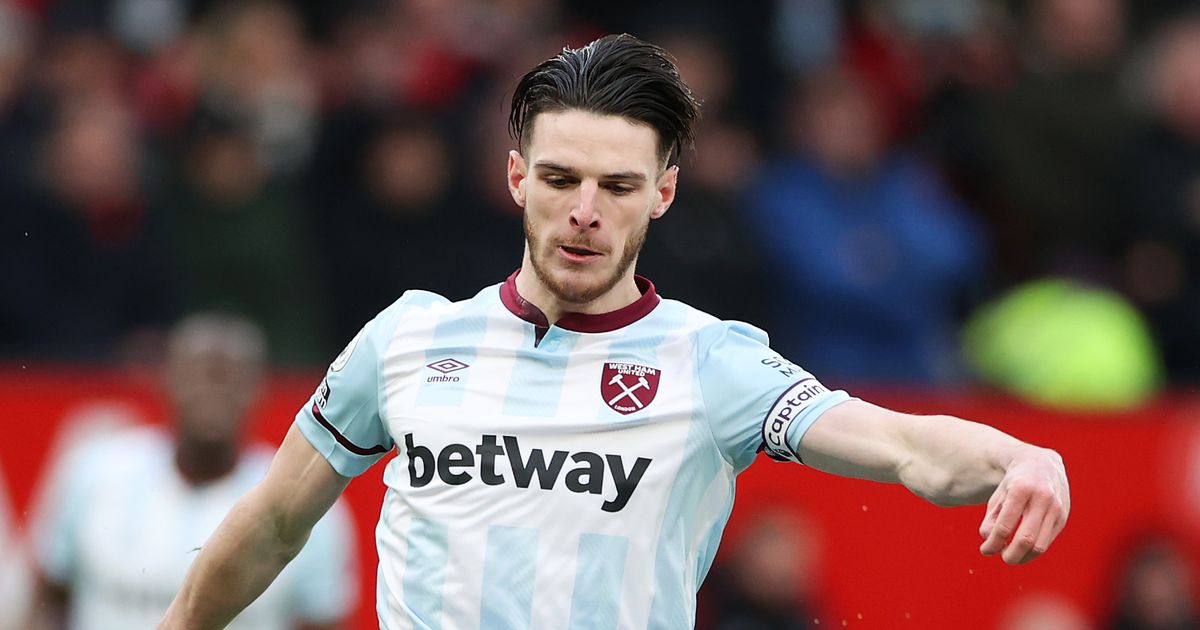 Manchester United had the perfect opportunity to assess Declan Rice, but the West Ham star has been warned against a move to Ralf Rangnick’s team anytime soon

The Hammers captain has regularly been linked with a move to Ralf Rangnick’s side as the German tactician eyes an overhaul of the Red Devils’ midfield.

United were able to observe the England international in action during their dramatic 1-0 home victory against David Moyes’ side on Saturday.

Rice once again demonstrated his brilliance and limitless potential with another combative performance in midfield, even if he ended up on the losing side.

However, Cole does not believe Old Trafford should be his next destination, as he feels the current atmosphere and team may not be right for him.

“I wouldn’t go if I was Declan Rice, no. I think you run the risk of going there and still not winning trophies,” Cole said on BT Sport.

“I think if Man City were on the table, you’d go there because in recent years it guarantees you trophies and I think Declan would want that.

“But for me there’s no reason for him to not stay at West Ham if the progress is still going in that [upward] pattern, but that’s for him and the owners.

“He needs better players around him at West Ham to go to that next level.”

A report from ESPN claimed that Rice featured on United’s shortlist of midfield targets that the club’s senior figures had assembled shortly after they decided not to sign a new central midfielder last summer.

That decision is proving to be a sticking point for the Reds, who are now locked in a battle for the top four, rather than the Premier League title.

But current United midfielder Scott McTominay garnered praise from Cole, with an equally impressive display against the Hammers.

HAVE YOUR SAY! Should Declan Rice consider a move to Manchester United? Comment below

“Well I agree in the sentiment that the midfield is the area they need to strengthen. McTominay I like but there needs to be something else, a different ingredient in there,” Cole added.

“But I think the problem with Man United fans is they’re judging it on the great teams they’ve had in the past. This is a new generation, this is a new team, and I think today they’ve looked okay.

“I think there needs to be someone else in there to push them [McTominay and Fred] and also to compliment the balance in there.”

McTominay has also impressed at the heart of United’s midfield

One player who could very well be trusted to do that is Paul Pogba, who has made a surprisingly early return from an injury lay-off.

The Frenchman has been nursing an injury he picked up on international duty with France over two months ago and is yet to feature since Rangnick replaced Ole Gunnar Solskjaer in November.

However, Cole also believes Pogba has already had too many chances to prove himself at United.

“I don’t think Pogba adds anything to this side. His race is run at Man United,” Cole said.

“Ever since Bruno Fernandes walked through the door, I think he’s just a percentage better than Pogba in all areas and there’s only room for one of them in the team because of egos.

“So I think his time is done. He needs a new challenge. But I’m a big fan of Bruno Fernandes.”