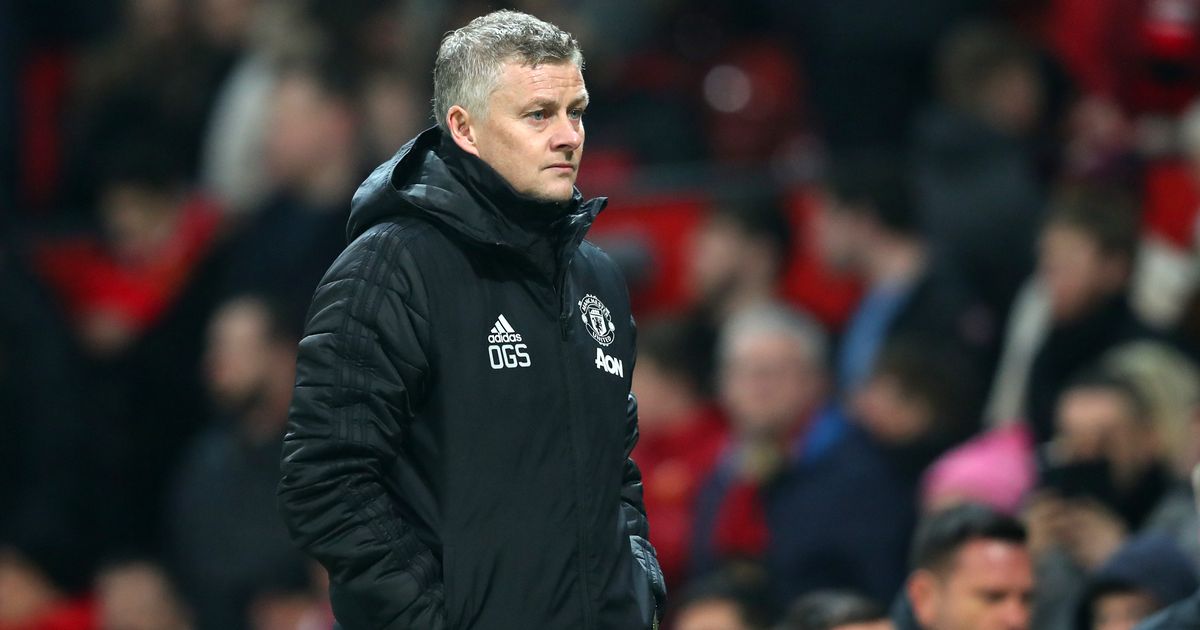 The £34million deal that Manchester United struck for Raphael Varane felt like something of a watershed moment for the club last summer.

After clinching a second placed finish the year before, the Frenchman was supposed to be the final piece of the jigsaw for Ole Gunnar Solskjaer’s defence ahead of a sustained title challenge.

But just over six months on, that hasn’t proven to be the case.

In fact, things could hardly have gone worse for United or Varane; even though the 29-year-old has hardly been alone in underperforming at the back.

While Varane has arguably been the best of a bad bunch, the former Real Madrid star hasn’t exactly looked like a World Cup winner during the early days of his Old Trafford.

But in fairness to Varane, it’s hard to imagine anyone looking good playing alongside the rest of United’s defenders right now.

Join the debate! Who would you let go from Man Utd in the summer? Let us know here.

For all the struggles United have faced this season, including debates over Cristiano Ronaldo and a lack of pressing, it’s hard to look past their expensively-assembled rearguard.

To say that the likes of Harry Maguire, Aaron Wan-Bissaka and Luke Shaw have all failed to live up to expectations this term would be an understatement.

It’s still impossible to pinpoint what exactly has gone wrong for Maguire and Shaw after their all-star performances for England in their historic run to the Euro 2020 final last summer.

But for Maguire in particular, that collapse in form is fast developing into something far more severe than a simple Euros hangover.

United spent enormous money to bring Maguire to the club from Leicester; £80m to be exact.

He was even handed the captain’s armband by Solskjaer, just to further underline his importance to United.

But he’s turned into one of the Premier League’s biggest liabilities overnight and was dominated by Chelsea’s rookie striker Armando Broja on Saturday.

His disastrous form is getting harder and harder to ignore – it almost defies belief that he’s still in the team after a string of abject displays.

Maguire has only been saved from the axe, arguably, by the fact that United’s defensive reinforcements are deemed to be just as hapless as their calamitous captain.

That leaves Manchester United with an enormous £140m puzzle to solve – just months after Varane was deemed to be the final piece of the jigsaw.

On current form, it’s hard to muster any sort of defence for Maguire, Wan-Bissaka or Shaw to be apart of United’s long-term plans.

United shelled out a whopping £50m to lure Wan-Bissaka to Old Trafford, while Shaw joined the club for £30m back in 2014.

At the time, Shaw was rated as one of English football’s hottest young prospects. He’s been blighted by injuries throughout his United career – but that shouldn’t mask the fact that he’s struggled to properly kick on during his seven-and-a-half years at the club.

Wan-Bissaka was always likely to be the first casualty for United once Ralf Rangnick took charge given the emphasis that the German’s preferred shape places on full-backs to get forward and attack.

Diogo Dalot has shown that he can excel at the attacking side of the role since nudging into the team, but he was woefully exposed for Southampton’s equaliser in Saturday’s 1-1 draw.

Maguire has been woefully out of form this season

What that leaves Rangnick’s long-term successor, quite frankly, is an expensive mess that needs sorting.

With Varane’s pedigree, it’s integral that United build their long-term plans around him. But the same can’t be said for the rest.

“Attack wins you games, but defences win you titles,” Sir Alex Ferguson claimed once upon a time.

If Manchester United are serious about challenging for titles again, then their new manager, whoever it may be, has to be ruthless and heed the legendary Scot’s advice by embarking on a defensive cull in the summer.