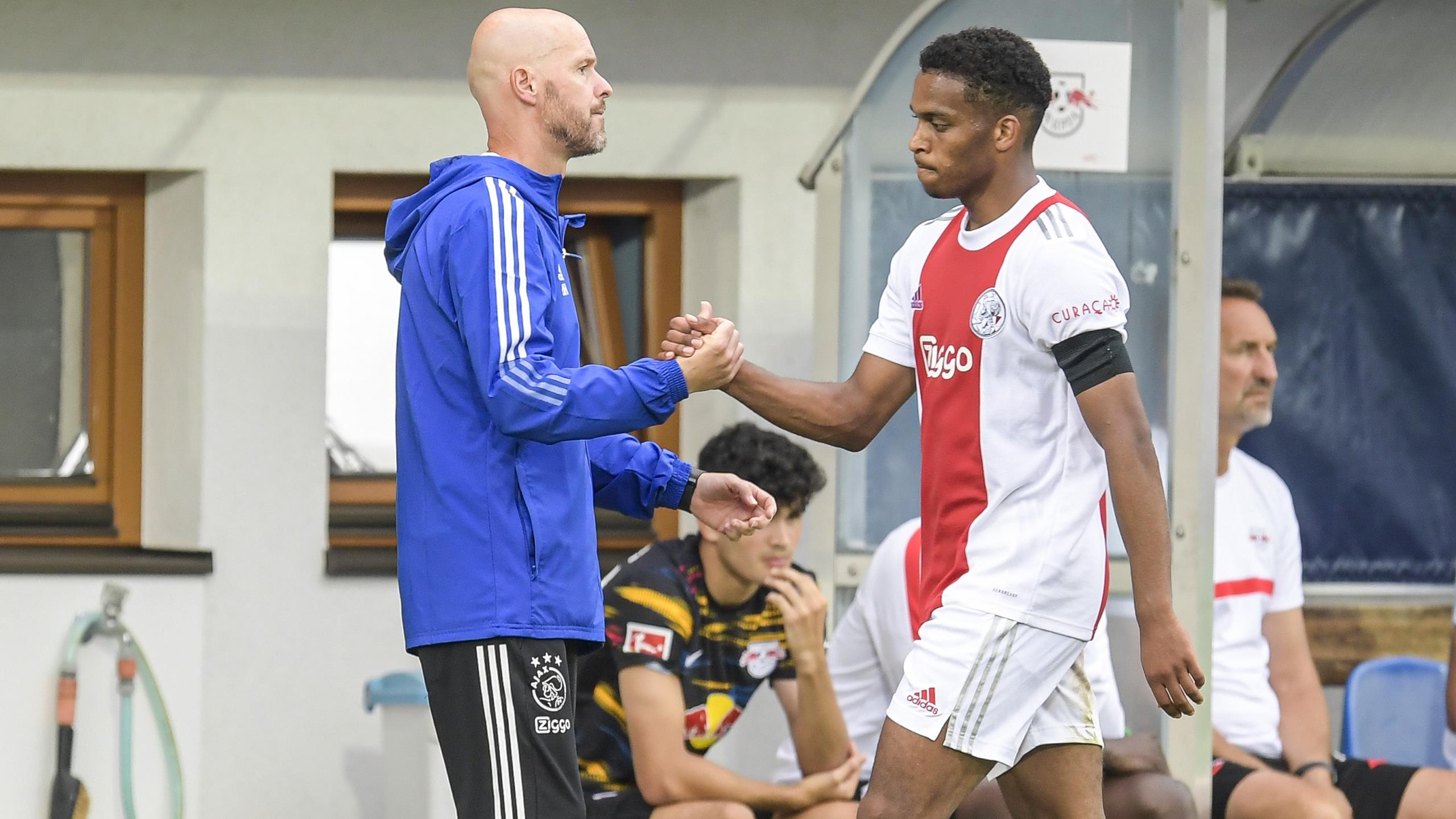 Manchester United have opened talks with Ajax as Erik ten Hag looks to bring defender Jurrien Timber with him to Old Trafford, the Guardian reports. Ten Hag gave Timber his Ajax debut two years ago and the 20-year-old has gone on to earn six Netherlands caps. A key member of the squad that won two successive Eredivisie titles, Timber is valued at £43m, with Ajax keen to extend a contract that still has two years remaining.

Paper Round’s view: Ten Hag wants to kick-start the revolution with a centre-back. No surprise, really, given their defensive failings this season, and though Eric Bailly may well move on, it would be interesting to see what a couple of additions means for Harry Maguire, Raphael Varane and Victor Lindelof. No doubt Ten Hag wants names that would make the starting XI, or at the very least provide a competition that boosts the squad’s standards.

With Manchester City chairman Khaldoon Al Mubarak revealing the club after targeting two more signings after already bringing in Erling Haaland and Julian Alvarez, the Telegraph reports a left-back and midfielder are the priority for the Premier League champions. That makes Brighton’s Marc Cucurella and Leeds United’s Kalvin Phillips among their top targets, although the latter in particular could be difficult to prise away given Leeds secured survival on the final day.

Paper Round’s view: You cannot stand still in the Premier League, and already City have made the potentially decisive move by signing Haaland. They can further strengthen their credentials, and European ambitions, with the right transfers elsewhere, and it would be safe to say Cucurella and Phillips would both be shrewd squad additions, if they do end up joining.

Sevilla are among the clubs interested in signing Harry Winks, The Sun reports. With Tottenham putting the midfielder up for sale, Everton and Fulham have been listed as possible destinations the £20m-rated 26-year-old could move to. If the Spurs academy graduate, who has made 10 England appearances, fancies a move aboard, La Liga club Sevilla could come calling.

Paper Round’s view: It appeared Winks had a role to play under Antonio Conte, but that was short-lived and now he must choose his next move wisely. At 26, he can still harbour ambitions of breaking back into the England squad, although that could be a big ask and would require a decent run of form.

Chelsea have placed Inter Milan striker Lautaro Martinez and RB Leipzig’s Christopher Nkunku among their summer targets, the Mirror reports. With the club’s takeover now complete, Chelsea can look forward to a rebuild under Thomas Tuchel as they look to challenge for the Premier League, and that could see more firepower up front after Romelu Lukaku’s move failed to inspire them – this season, at least.

Paper Round’s view: We await the articles stating how much Chelsea are going to be given to spend this summer, and it really is a key window for the club in what is a new era at Stamford Bridge. It will set the tone, and you would expect Tuchel will be backed heavily to make the desired changes.

Rangnick will not take up his consultancy role at Man Utd