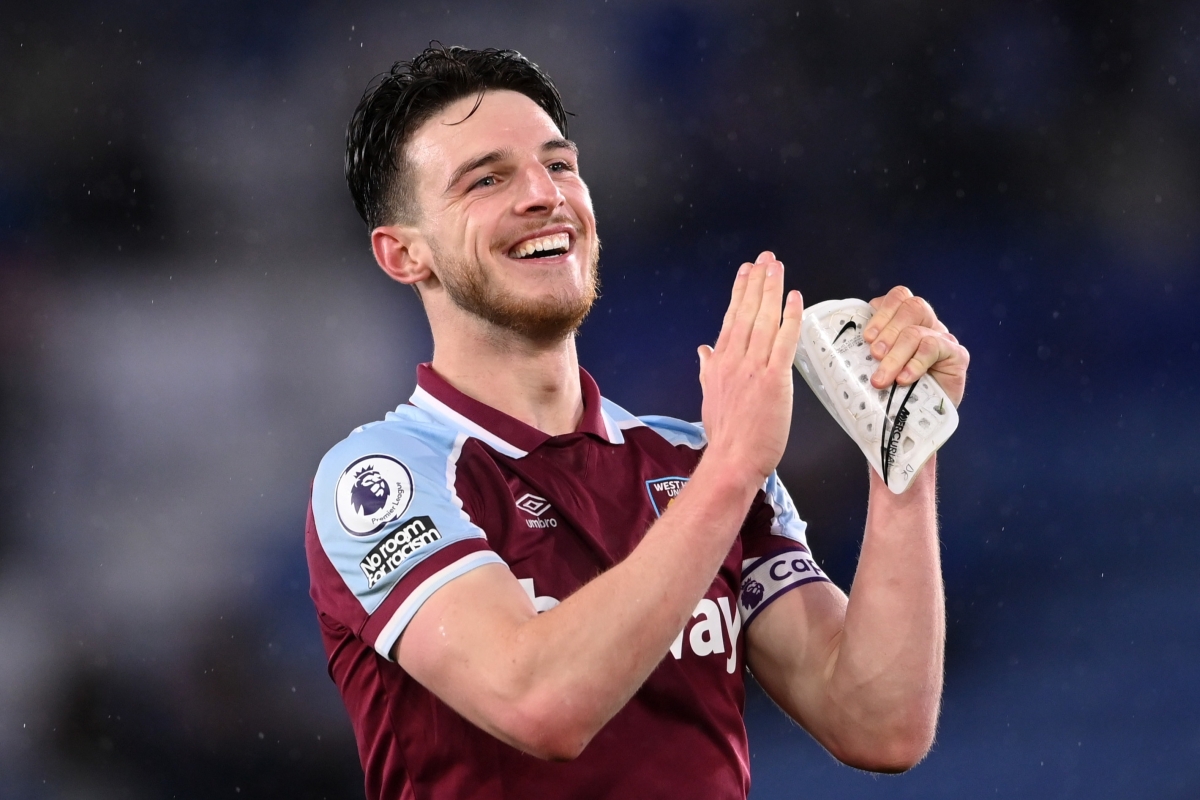 MANCHESTER UNITED and Chelsea have been told how much they should bid for West Ham star Declan Rice this summer.

Red Devils icon Teddy Sheringham believes the England midfielder has emerged as one of the best players in the Premier League.

And suitors must be ready to break the bank in the next transfer window.

Rice, 23, has been in imperious form for top four hopefuls West Ham.

But he is being strongly linked with a move away from the London Stadium.

United and Chelsea are both said to be big fans of Rice, who has already clocked up 31 appearances this term.

And boss David Moyes slapped a £100million price-tag on his star man earlier this month.

However, Sheringham believes Rice is proving to be as good as Liverpool legend Steven Gerrard.

And with age on his side, Rice’s asking price this summer should instead be £160m.

Sheringham told Genting Casino: “For me, he’s up there with the top players in the world in midfield at the moment, there’s no denying that.

“I think [head coach David] Moyes said something about him being a £100m player, didn’t he?

“I’d hold on to him and say, ‘I want more than that, this player’s unbelievable, he’s better than that.

“If you really want this guy you’re going to have to break the bank and show me you think of him as much as I do, because I’m not letting him go for £100m’.

“When the best centre forward in the world [Harry Kane] was up for sale in the summer, Tottenham wanted £200m for him, the other clubs didn’t have that valuation.

“Not many players can eat up the ground like Declan – Gerrard used to do exactly the same, he used to overpower people in midfield.

“Add that to his passing ability, his understanding of the game, his knowledge of the game, he’s obviously getting led by Mark Noble.

“His desire, you can see how he loves the game and wants to get better.”