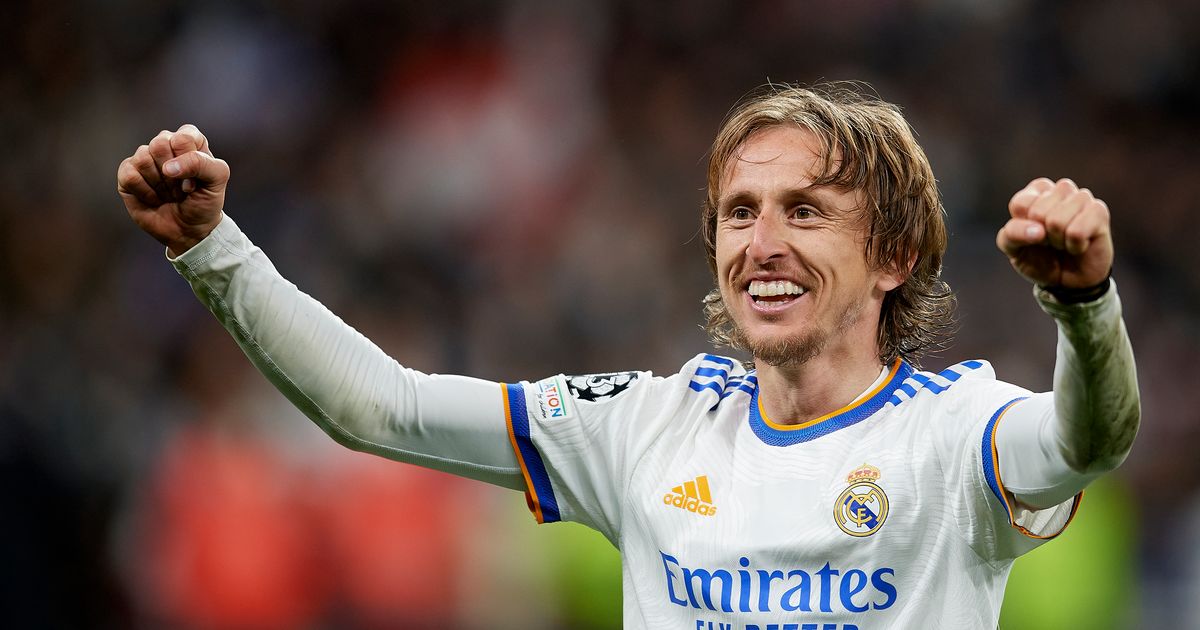 Real Madrid have seen off PSG, Chelsea and Manchester City en route to the Champions League final with Liverpool now standing between them and a 14th European Cup

Real Madrid have made a habit of coming back from behind in the Champions League this season as they prepare for the final against Liverpool.

Los Blancos, who were largely unfancied at the start of the season, have seen off PSG, Chelsea and Manchester City en route to the showpiece event in Paris. Karim Benzema has been a star for the Spanish side, who consist of several veterans, many of whom have won the competition numerous times.

Madrid won the Champions League four times in five seasons between 2014 and 2018. They are targeting a 14th success in the European comeback and Modric has been integral to their success this term. City were the latest team to be undone by Los Blancos.

Prior to that PSG and Kylian Mbappe were toppled by a quick fire Benzema hat-trick and the Croatian cites that win as the “funnest” whilst describing City as the toughest challenge.

He told Marca : “The most complicated was the one for City, because there was hardly any time left, but the team and the fans trusted until the end because it is part of the DNA of this club. In the end we got it. The funniest was that of PSG; they were 15 or 20 minutes of madness, because it is very difficult to explain what happens on Champions nights at the Bernabéu. It was the beginning of many magical nights that have taken us to Paris, and hopefully we can win another champions”.

The Bernabeu has been witness to several memorable second-legs this term. Modric is poised to extend his stay in Spain as he and Carlo Ancelotti target more European glory. The Italian is eyeing a record fourth Champions League triumph as a manager – one of those coming with Madrid.

HAVE YOUR SAY! Who will win the Champions League? Let us know in the comments

Modric has paid tribute to their home ground, confessing that he cannot explain how some of their comebacks have occurred: “It is very difficult to explain what has happened at the Bernabéu on Champions nights, it is something magical, really . We never give up, we fight until the end, because that is what this club teaches, not to give up. It is difficult to explain, especially this year, that he has had many magical nights. I hope it will always be like this”

He also added: “Hopefully I can retire in Madrid. Madrid is my home, I feel very happy at the club, in the city, very loved by the people. My family is also very happy, that’s why I hope to continue for more years and hopefully finish my career in Madrid .”