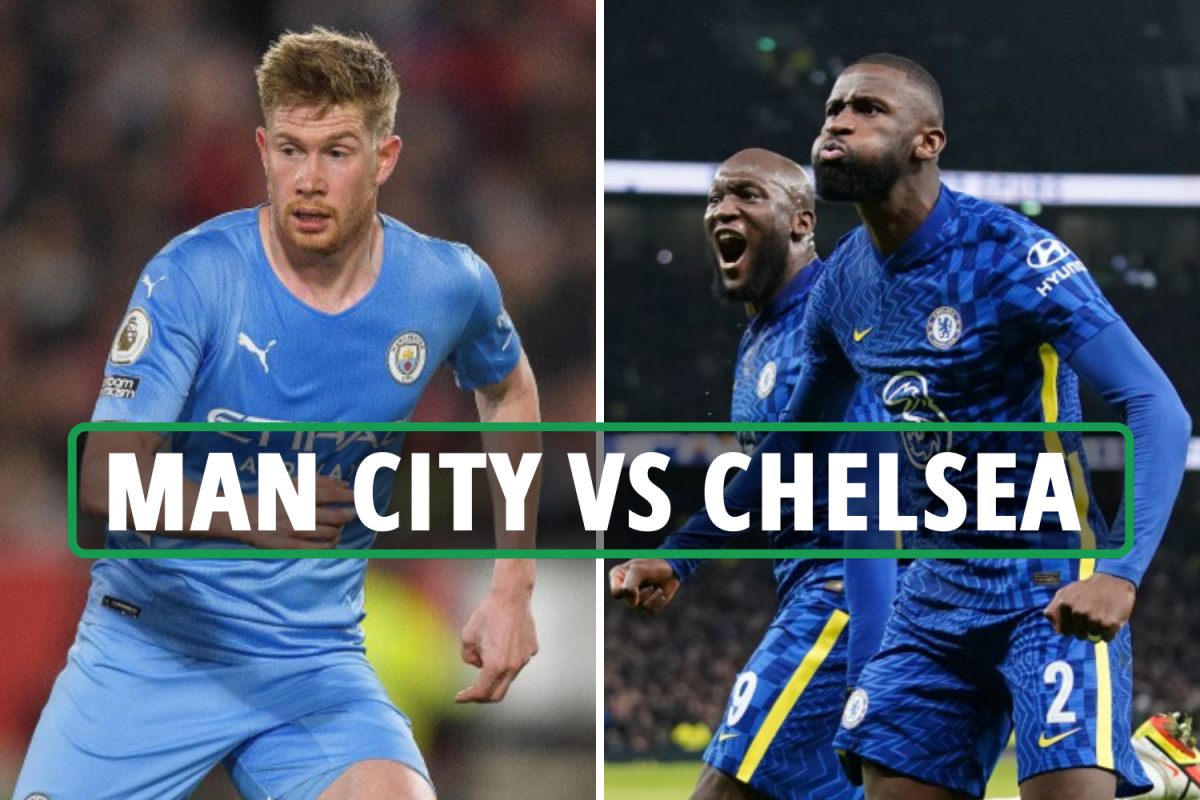 CHELSEA will look to assert themselves back into the Premier League title picture when they take on Man City at the Etihad.

The Blues have got themselves back into form following their pulsating 2-2 draw with Liverpool two weeks ago at Stamford Bridge.

Thomas Tuchel’s side played with the intensity and have since knocked Tottenham out of the Carabao Cup 3-0 on aggregate.

City have been in form for months, however, and look set to defend their Premier League crown once again.

But Chelsea will have one last crack at trying to drag Pep Guardiola’s men into a fight they’d rather not be in.

What time does Chelsea vs Man City kick-off?

Phil Foden has Covid-19 so won’t be involved for Chelsea, while Riyad Mahrez is on AFCON 2022 duty with Algeria.

John Stones could return after recovering from a slight knock while Ederson will come back into goal for Zack Steffen.

N’Golo Kante has returned for the Blues and will likely start alongside Mateo Kovacic against Guardiola’s side.