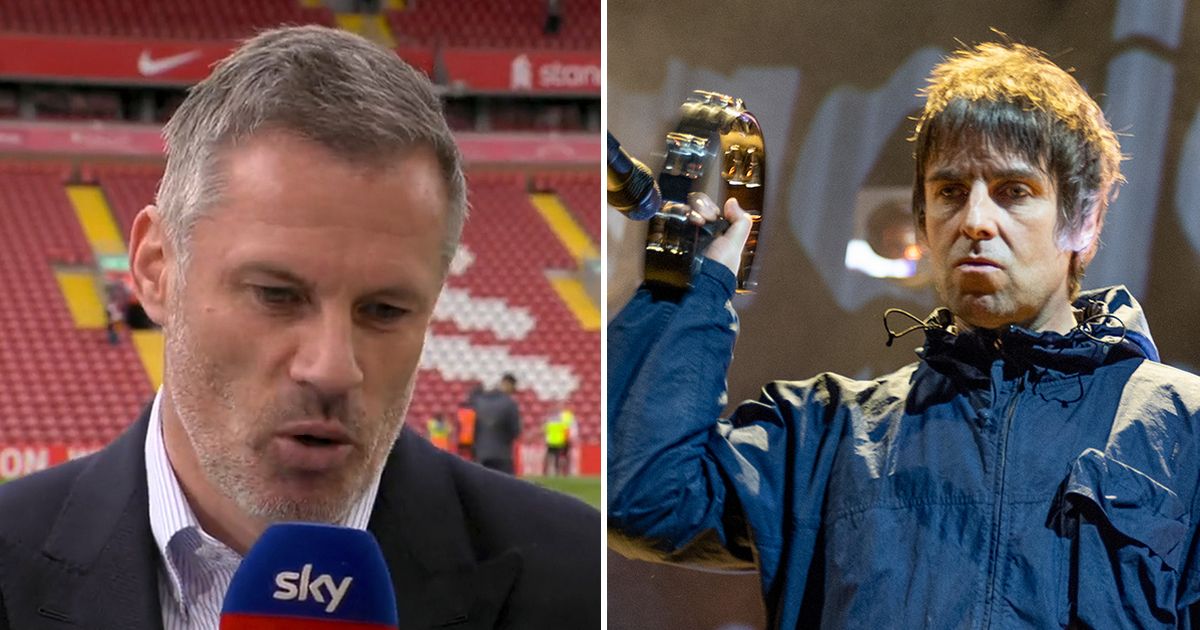 City recorded their sixth Premier League title on Sunday afternoon after coming from 2-0 down to win 3-2 against Aston Villa at the Etihad Stadium, with Ilkay Gundogan scoring twice and Rodri also netting to seal the crown over Liverpool, who finished the season in second and a point behind Pep Guardiola’s side.

After the game, Gallagher, a massive Man City fan, took to Twitter to celebrate the victory while also having a dig at Liverpool and former defender turned pundit Carragher.

At the start of a series of X-rated tweets, Gallagher tweeted “What you saying carra you (bell emoji) end.” That tweet led to a quick response from Carragher, who responded “I’m saying you’ll never win the Champions League & Oasis are s**** compared to the Beatles. That work???” Gallagher replied: “Eh Carra you got s*** banter for a scouser, f***** hell la you been hanging out with [Gary] Neville too long. Oasis p*** all over the Beatles how many times did they do Knebworth?”

The exchange ended between the two, but opticians Specsavers then got in on the act, tweeting “Calm down, you’ve both got the same number of Premier League medals.”

Gallagher was very vocal on Twitter in celebration of City’s sixth Premier League crown. As well as his original tweet, Gallagher also tweeted at Aston Villa manager and former Liverpool player Steven Gerrard. “Gerrard can kiss my a*** as well as the bumbaclart his old clubs smash our bus up. MCFC Champions.” He soon followed that by tweeting “f*** off slippy Gerrard.”

Guardiola’s side ended up as champions after an epic comeback
(

Which title-winning Manchester City side has been the best? Have your say in the comments section.

City’s title win makes them the second most successful team in the Premier League’s history with six title wins. Sunday’s trophy win moves them above Chelsea (five) and only city rivals Manchester United (13) have won more league titles since the Premier League was formed in 1992.

Liverpool had hoped to win the quadruple this season but City’s victory has stopped them from doing so, with Jurgen Klopp’s side winning both the Carabao Cup and FA Cup finals against Chelsea on penalties earlier this season. They could still win a treble of titles if they win the Champions League on May 28 against Real Madrid.

City are yet to win a Champions League trophy. This season, they got to the semi-finals before losing to Real, who will face Liverpool in the final in Paris.

Speaking on the title win, Pep Guardiola told Sky Sports: “The moment we found a goal it changed everything. We are playing in not normal circumstances but you have to handle it.

“[Ilkay] Gundogan is the best inside runner we have. We were arriving down the sides and we needed a player with the sense of tempo in the box and he’s the best.

“We are legends. When you win the Premier League four times in five seasons it’s because these guys are so, so special. We will be remembered. The first title we won with lots of margin, then at Brighton, then winning at home without fans and now with people, it’s the best.”