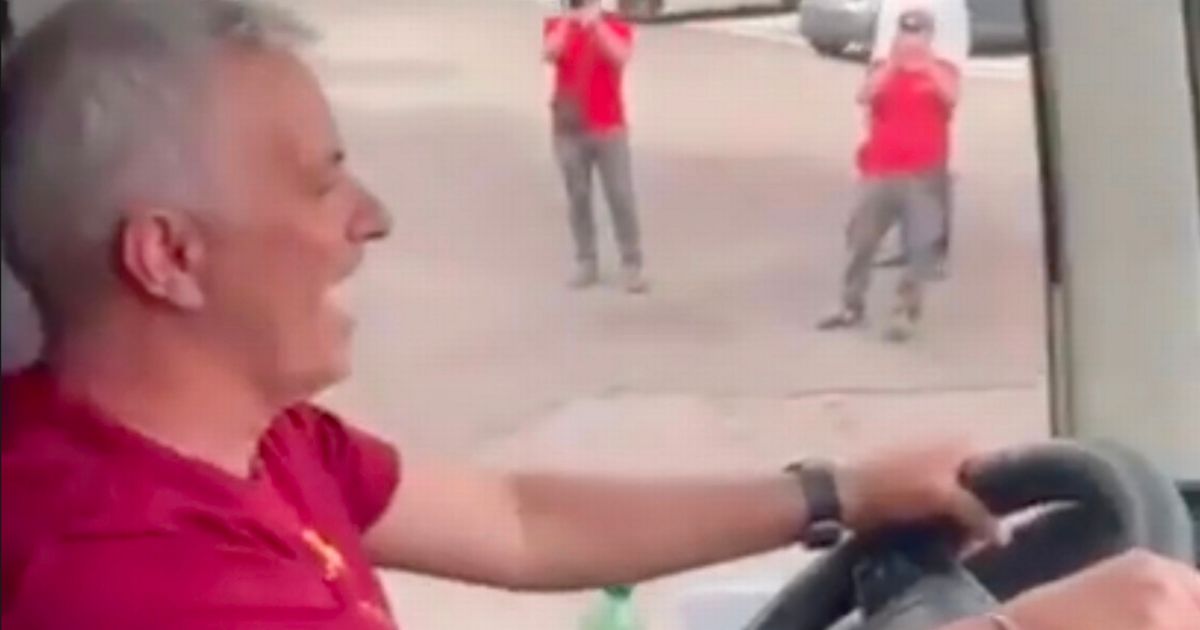 The Portuguese boss led the Giallorossi to the trophy against a stubborn Feyenoord side in Tirana, Nicolo Zaniolo’s first-half strike proving enough for the Italian giants. In all, it was Mourinho’s fifth major European title having twice lifted the Europa League with Porto and Man Utd, whilst he also has two Champions League crowns to his name.

Mourinho had already won Europe’s premier club competition with Porto and Inter, as well as the Europa League with Manchester United in 2017. He was already the first to reach European finals with four different clubs, and Zaniolo’s goal let his boss write his name into history as the first coach to lead the famous club to a UEFA title.

Jose Mourinho was soaked by Roma players as they stormed press conference in celebration
(
Advertisement. Scroll to continue reading.

Despite the Conference League’s status within European football still being relatively low as it is ranked below the Champions League and Europa League, this was a historic triumph for Roma and it sparked mass celebrations across the Italian capital. Roma held an open-top bus tour the following day around the city’s streets, including the city’s iconic Colosseum.

It was a triumph that clearly meant a lot for Mourinho – his first trophy in five years and he was in tears after helping guide the Italian club through to the final. Those emotions carried on after the success and the giddy Portuguese went on to take the wheel of the team bus during the celebrations.

Mourinho’s iconic ‘parking the bus’ phrase almost changed into ‘crashing the bus’ as he needed to slam on the brakes to prevent the vehicle from crashing into a police envoy. The boss was filmed driving the bus before becoming notably panicked as the brakes appeared not to be working, before he eventually was successful in his attempts to stop the crash – just in time!

Have Your Say! Where does Jose Mourinho rank in football’s best ever coaches? Tell us what you think here.

Mourinho celebrated his last-ditch attempt at averting the crash

The former Chelsea, Manchester United and Tottenham boss was vividly panicked momentarily as he recognised that his attempts to stop the vehicle had proven insufficient. However, he took it in good spirit after he avoided the crash and made fun of himself by laughing and recreating the moment in mocking fashion.

It was another moment that showed the Portuguese boss in great spirits at the end of a difficult season, when Roma had finished in a disappointing sixth position. However, recent days have shown his strong bond with his players with the debut campaign in Rome ending on a high.