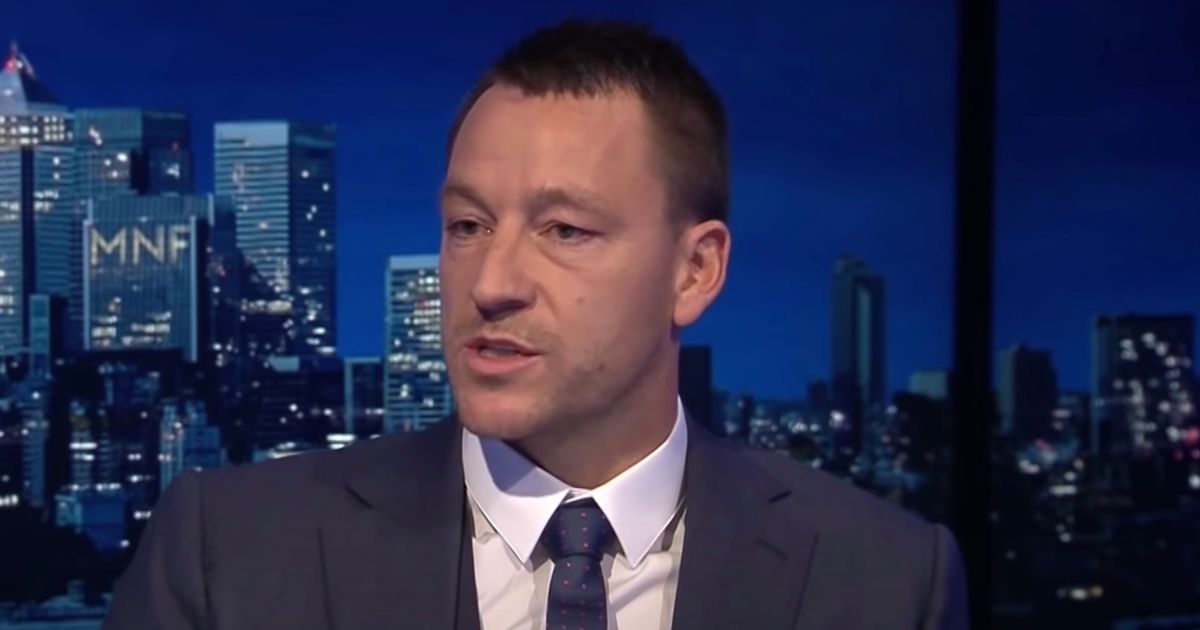 John Terry was left bewildered after Peter Walton unsuccessfully attempted to explain why Karim Benzema goal was ruled out for offside in the Champions League final.

Liverpool had dominated the majority of the match in Paris but were left with bated breath in the final moments of the first-half after Real Madrid knocked the ball into the net after some pinball in the Reds penalty area. However, the strike was ruled out after a lengthy VAR check due to offside – despite the fact that the ball appeared to ricochet off of a Liverpool player before it was tucked home.

During BT Sports half-time coverage, ex-referee Peter Walton explained why the goal had been disallowed. Walton said: “It’s actually an easy one. Benzema is in an offside position – the offence is committed if the ball comes back to him. The ball deflects off Fabinho. Because of that, Benzema is offside. If Fabinho deliberately played the ball, he is onside. However, it is a deflection, so he is offside.”

But his confusing explanation didn’t appear to clear anything up for Terry, who slammed the decision online. The Chelsea icon tweeted: How is that not a goal? I’m glad Peter Walton cleared it up for us… The rule clearly doesn’t make sense because when would a Liverpool player ever intentionally play Benzema the ball ? The fact it’s come off a Liverpool player surely means it’s a Goal?”

Terry’s sentiments were echoed by BT Sport pundits Rio Ferdinand and Michael Owen, with the former claiming that he’d be going “absolutely bananas” if he were a Real Madrid player. And Owen – who started his career at Liverpool – also questioned the decision to rule the strike out.

Join the debate! Do you think Benzema’s strike should have been ruled out? Let us know here.

“As Rio said, a very difficult one. That comes off two Liverpool players that makes me feel it could be a goal, because at the start I thought, no.”

Although Real were disappointed by the decision to chalk off Benzema’s strike, they did find the breakthrough on the hour mark through Vinicius Jr.

The attacker ghosted in behind a static Trent Alexander-Arnold at the back to bundle home for Los Blancos, who headed into the match chasing a record-breaking 14th European Cup.