LAID-BACK centre-half John Stones was so cool about taking penalties he netted a Panenka-style spot-kick in his Everton debut.

But he has vowed not to try it if Tuesday’s match goes to a shootout after seeing Manchester City team-mate Sergio Aguero fluff a similar effort against Chelsea last month.

Stones was just 19 when he stepped up at the end of a pre-season friendly against Juventus in July 2013 and chipped his kick into the top corner.

The Three Lions star, 27, said: “I felt no emotion going up to that. Probably just so young.

“I had done it in training and the manager was laughing because I was with keeper Joel Robles at the time and he used to get so angry at me, just messing about.

“But then I remember walking up and he said ‘Yeah, go on!’, just gave me the nod.”

Asked if he would try the same technique if required during Wembley’s last-16 clash with the Germans, Stones admitted: “No… after seeing Sergio doing it this season.”

If Stones is called on to take a spot-kick, he will be much better prepared than fellow centre-half Gareth Southgate was when he infamously missed from 12 yards in the Euro 96 semi-final shootout defeat against Germany.

On that occasion, the penalty takers and order were decided on the night — but Southgate is not leaving anything to chance.

He said: “With how we do it now, we’ve been practising so much.

“Everything will be done before so it’s not like a mad scramble and we look like we’re unprepared, almost. We want to be going into it knowing that we’ve ticked every box.

“Knowing that when a certain situation comes, no one is panicking, saying, ‘Oh, do you want to go third?’.

“We’ve been practising on keeping that clear focus of what to do if your turn comes up.”

Stones’ turn nearly came up in the last-16 shootout against Colombia at the 2018 World Cup, when Eric Dier netted England’s fifth penalty to secure a 4-3 victory after the game had finished 1-1.

Unless it’s Harry Kane or the boys who take penalties for their clubs, it’s a zone that we’ve not stepped into before.

And Stones added: “I remember being after Eric. That was a scary moment.

“But I was ready because of this process that we’ve always talked about.

“It’s about making you as comfortable as possible in that situation.

“Because, unless it’s Harry Kane or the boys who take penalties for their clubs regularly, it’s a zone that we’ve not stepped into before.” 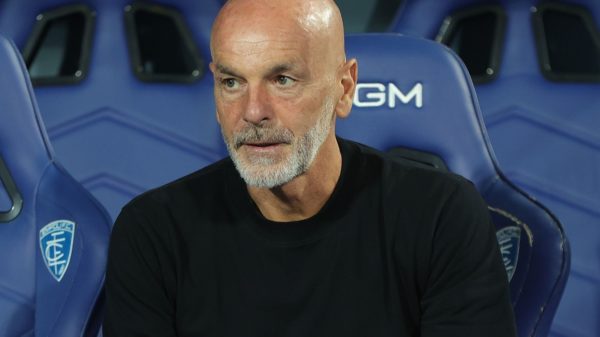 Following the dramatic 3-1 win over Empoli, AC Milan manager Stefano Pioli spoke to the media about his team’s performance. Even though there were...