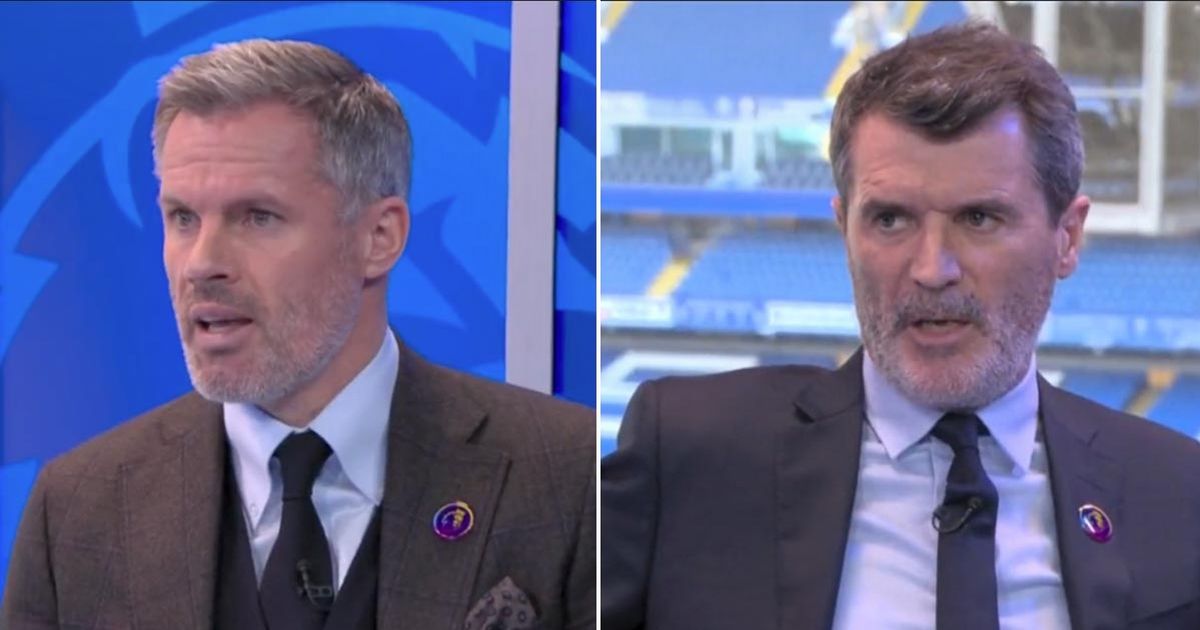 Manchester United were dumped out of the FA Cup in the fourth round by Middlesbrough on Friday, giving Jamie Carragher an excuse to mock Roy Keane over a previous claim he made

Jamie Carragher has poked fun at Roy Keane after Manchester United were knocked out of the FA Cup by Middlesbrough on Friday night.

United lost 8-7 on penalties after a frustrating 120 minutes ended 1-1 against the Championship side at Old Trafford.

Anthony Elanga was the only player to miss his spot-kick, blasting over the bar in sudden death to give Boro a famous win in the fourth round of the competition.

United really should have been out of sight in the first half, but went into only 1-0 ahead through Jadon Sancho’s smart finish.

Cristiano Ronaldo missed from the penalty spot after Paul Pogba was brought down, while Sancho hit the bar with a lob and Bruno Fernandes spurned a free header.

Cristiano Ronaldo missed a penalty in United’s defeat by Middlesbrough
(

The away side equalised in controversial fashion as Duncan Watmore set up Matt Crooks, despite the ball striking his hand.

Fernandes struck the post with a huge chance to win it, allowing Boro the chance to triumph on penalties – and Carragher to wind up Keane once more.

After the result was confirmed, the former Liverpool defender took to Twitter to remind his followers of an argument he had with Keane back in November.

Carragher was referring to a heated debate he’d had with Keane in the Sky Sports studio following United’s 1-1 draw with Chelsea at Stamford Bridge.

In it Carragher was questioning why United had signed Ronaldo, with Keane asserting that it was in order to try and win cup competitions, not the Premier League title.

HAVE YOUR SAY! Will Cristiano Ronaldo win a trophy in his second spell with Manchester United? Comment below.

Roy Keane and Jamie Carragher got involved in a fiery post-match argument in November
(
Advertisement. Scroll to continue reading.

Here is a snippet of their argument from the time.

“He’s a phenomenon in terms of goals,” Carragher said. “But I mentioned this in midweek. PSG signed Messi and United signed Ronaldo. Are United closer to the title? No. Are PSG closer to the Champions League with Messi? No.”

Keane responded: “Ronaldo was never going to get United back to winning titles.”

“He’s not come back to win the league,” Keane said.

Carragher: “So what’s he come back for?! What’s he here for then?”

Keane: “When you won the FA Cup were you not buzzing with that? United are a cup team at the moment.”

Carragher: “You said Ronaldo hasn’t come to win the League, what is he here for?!”

Carragher: “Is that where Man United are now?”

Carragher: “So you’re happy with that?”