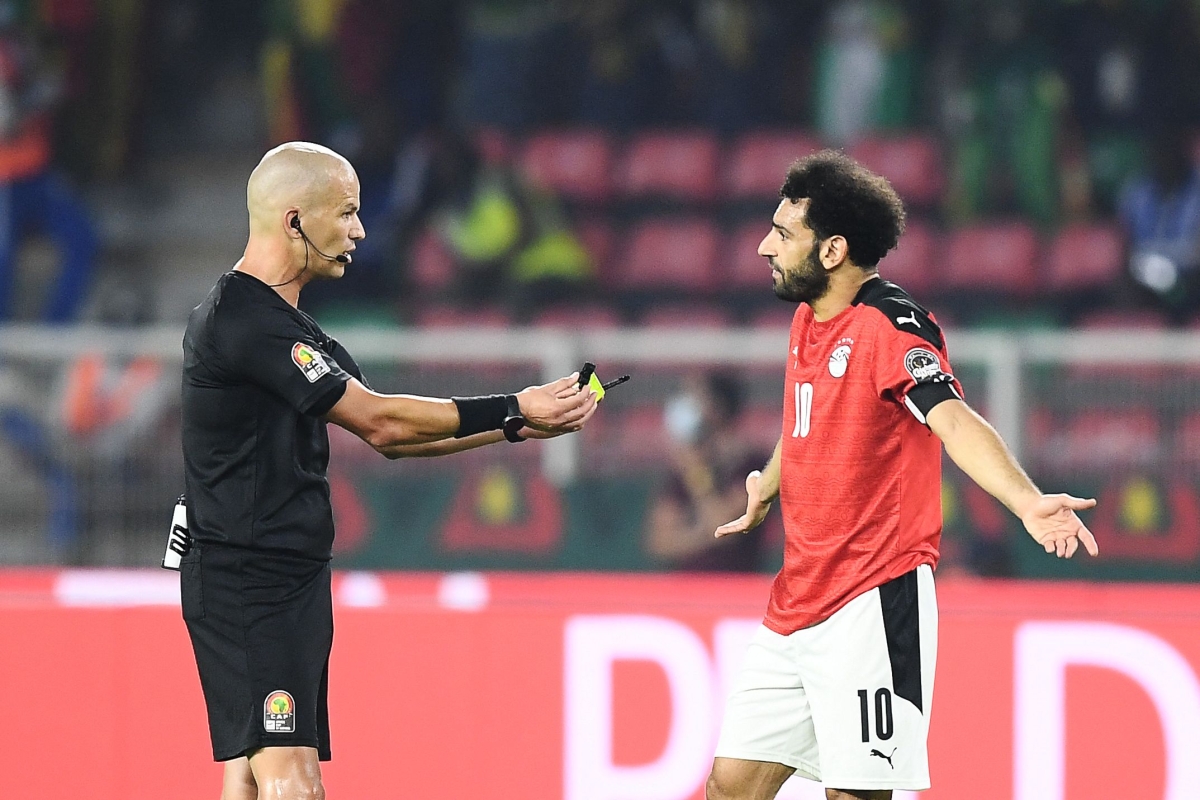 MO SALAH was offered the referee’s cards and whistle after constant moaning in the Africa Cup of Nations final.

Salah took on Liverpool team-mate Sadio Mane for the trophy in what was fiercely competitive match.

Just before the end of the first half, Gomes sarcastically offered Salah the chance to ref the game himself.

The game remained deadlocked and went all the way to penalties, with Senegal winning 4-2.

Mane was the shoutout hero after he blasted the winning spot-kick to Gabaski’s right to seal the deal at the death.

Salah was due to go next, and was in tears as his Anfield pal landed the decisive blow.

For a third game in a row, Egypt’s knockout game went to penalties, and it looked like Gabaski could be the hero again when he denied Mane from the spot after just seven minutes.

Egypt centre-back Mohamed Abdelmonem’s lunge on Saliou Ciss saw a penalty awarded in a frantic start – much to the dismay of suspended boss Carlos Quieroz who watched from the stands.

Mane was made to wait for three minutes before taking the penalty as Egypt delayed by protesting against the decision.

And during that period Salah spoke to Gabaski, seemingly giving him some words of advice as he knows Mane inside out.

At one stage Mane came over to the Egyptian pair and said something himself as he appeared to point to the direction he was going to go.

Salah and Gabaski would win out as the keeper brilliantly pushed away the venomous penalty – which was thumped down the middle.

And when the shootout finally came around both stopper were checking their water bottles for notes.

But it was Mendy & Co who came up trumps as Egypt missed two to Senegal’s one.

The Chelsea No1 and Mane will now head back for the Premier League title race with one medal already in the bag.