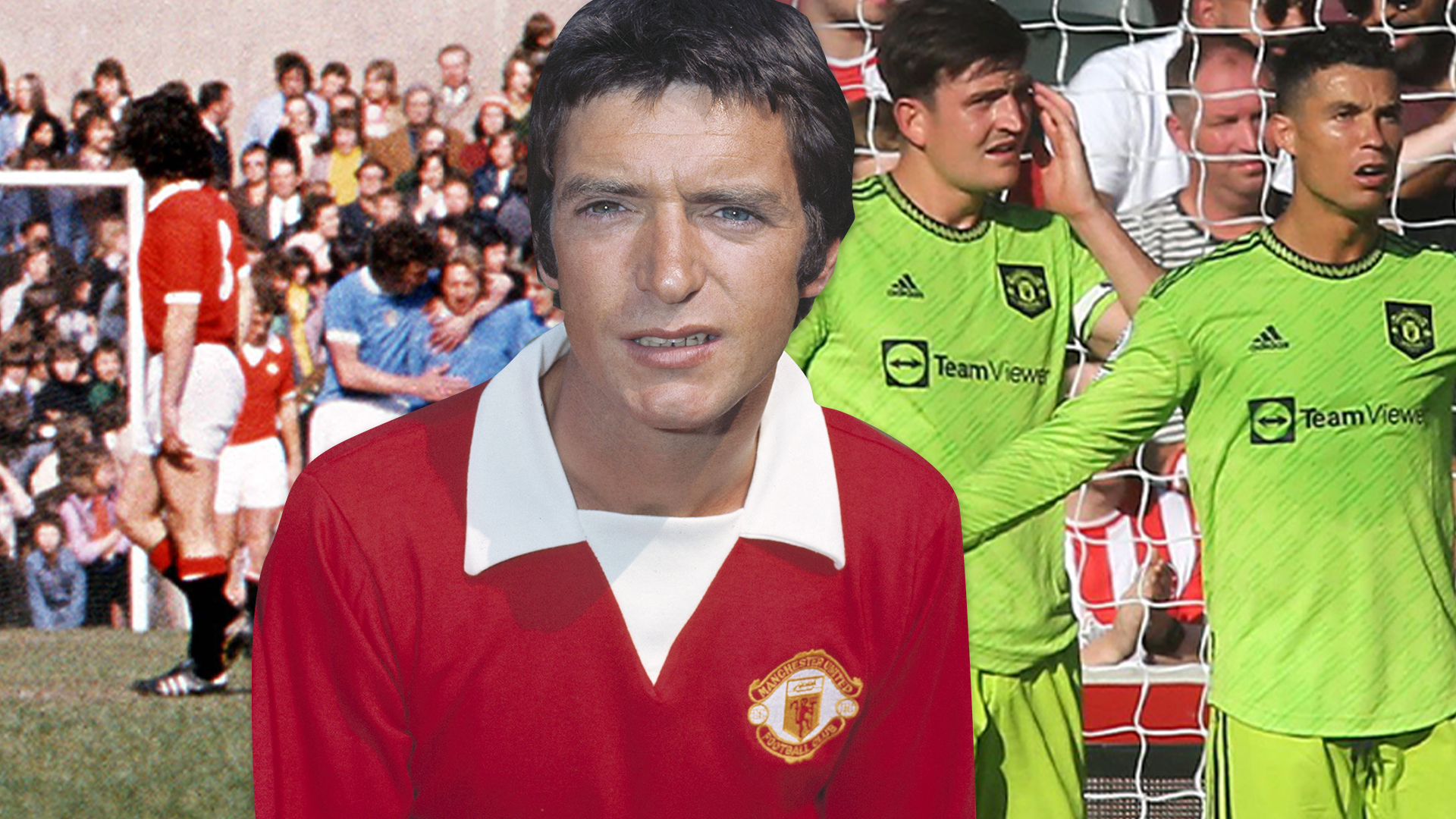 MANCHESTER UNITED’S flops have been warned they are not too good to go down — by the captain of the team the last time they were relegated.

Willie Morgan was the Red Devils skipper when they plunged out of Division One in 1974.

And he delivered a damning verdict on the current crop of Old Trafford flops by telling them: “You’re even worse than us.”

Former Scotland winger Morgan told SunSport: “They say no one’s too good to go down and that old adage certainly applies to the current bunch of players.

“The alarm bells have got to be ringing around Old Trafford because we went down and we were a better team than this lot now.

“We had better players, a togetherness that bonded us and a real camaraderie but still came a cropper.

“We made the mistake of feeling we were too good to go down at first but we got unlucky with injuries and had lots of bad luck.

“The current lot really are pathetic — they aren’t as good as we were so they’ll be praying that Lady Luck doesn’t turn against them.”

Back in 1973-74, Morgan skippered a team in turmoil with Sir Bobby Charlton retiring, terrace idol George Best going off the rails and Denis Law moving to arch-rivals City.

United had reached the pinnacle of club football under Sir Matt Busby when they beat Benfica in the European Cup final at Wembley in 1968 but the Scot’s departure saw the club go into free-fall.

A harrowing 5-0 defeat at Crystal Palace in December 1972 under boss Frank O’Farrell was a sign of things to come and then Tommy Docherty failed to stop the rot.

And United’s 36-year unbroken stay in top-flight football was ended in 1974 when Law famously returned to Old Trafford.

He condemned the Red Devils to relegation with a back-heeled winner he called a ‘fluke’.

Morgan, 77, said: “Fortunes were clearly fading at United that season and everything that could go wrong did go wrong for us.

“You just don’t contemplate thinking you could possibly go down when you’re at a club of United’s stature but everything seemed to conspire against us.

“And once you’re in that situation and gravity is pulling at your legs and nothing is going your way, it’s amazing how difficult it is to get out of trouble.

“It’s too early to say the current team are in a relegation fight because we’re only two games in but they need to get their act together and do it quickly.

“The current side look spineless and that’s something that could never be levelled at our side and the way people like Harry Maguire are falling apart speaks volumes.

“But the thing that really worries me will be the fact they are a right mess on and off the field. It’s a sorry state of affairs and it breaks my heart because I love the club.”

Morgan, who played 236 times for United, says the finger of blame should be pointed at the Glazers.

He said: “The club is drifting dangerously in the wrong direction and that’s got to be down to the owners and the people they appoint to the top positions.

“The Glazers are clearly only in it for the money — unlike the City, Liverpool, Chelsea and Newcastle owners who are in it for the power and the glory.

“They might be happy that the club keeps churning out dollars for them but they keep getting big decisions wrong and that’s means they keep appointing the wrong people to key jobs.

“The Glazers clearly know nothing about football. If they weren’t clueless who else would the club get rid of Ole Gunnar Solskjaer and bring in the interim Ralf Rangnick.

“And then they make matters worse by hiring someone who seems more like a below-average school teacher than a football manager.

“He’s hasn’t got that air of a manager in no way whatsoever. He hasn’t got a clue. He’s got no authority.

“That’s surprised me because when he came in and told them he didn’t want Rangnick around I thought it showed he meant business.

“It was a promising start but he should have gone further and cleared the board of at least ten players to make way for the kids to liven things up.

“But the way he’s faffing around with Cristiano Ronaldo is a joke. I don’t blame Ronaldo for not wanting to play with this shower.

“When he wanted out they should have got rid straight away. It’s a terrible mess and the Ronaldo situation creates chaos.”

Bitter rivals Liverpool will aim to compound United misery when they head to Old Trafford on Monday.

Morgan said: “The Old Trafford fear factor isn’t there anymore but the current players can take a big step toward bringing back the good old days against the old enemy.

“It should focus minds and bring the best out of underdogs. I hope they get back on track for the supporters’ sake.

“If we went down, God forbid, I don’t think we’d come back for a while.”