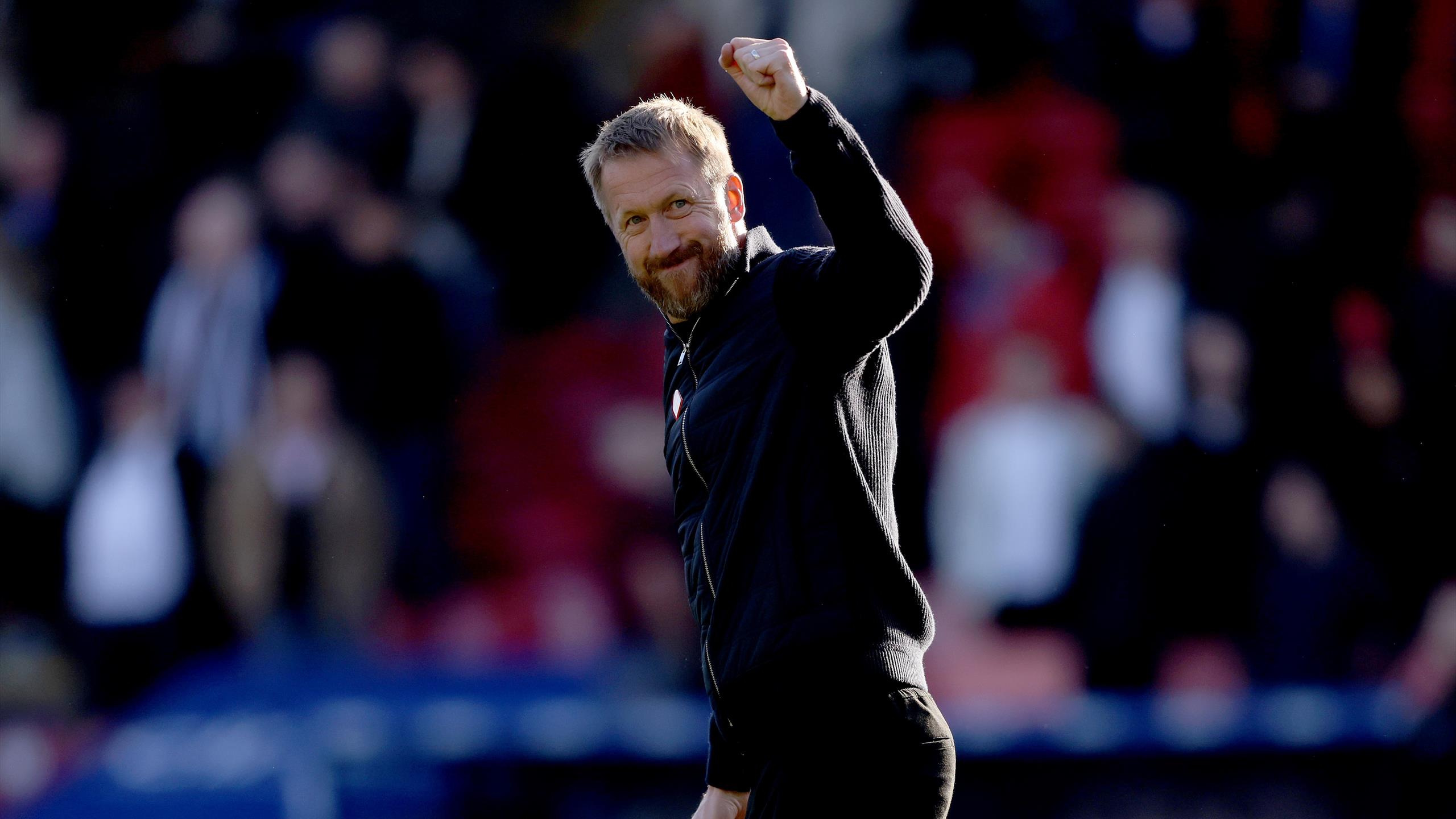 Graham Potter praised his Chelsea side’s “character” after the Englishman marked his first Premier League game in charge of the Blues with a dramatic 2-1 victory at Crystal Palace.

Conor Gallagher netted a 90th minute winner at the ground where he spent last season on loan after Pierre-Emerick Aubameyang’s debut goal cancelled out Odsonne Edouard’s early opener for Palace.

After a 1-1 draw with RB Salzburg in the Champions League, Potter was clearly relieved to have finally secured his first win since being appointed Chelsea boss.

‘We will get better’ – Potter encouraged by Chelsea display despite draw

“I thought we started quite well but conceded from the first action into the box. Credit to the boys, they recovered well and did not let their heads go down. It was nice to get an equaliser and get back in the game.

“We had to survive moments as they are a good side with dangerous players. To be a goal down and come away with three points is fantastic so credit to the players.

“There’s character, that’s for sure. They could’ve felt sorry for themselves after conceding the goal but the players stood up all the way through. There was a collective spirit among the players. We are delighted with the three points.”

There was controversy surrounding Chelsea’s equaliser. It was assisted by Thiago Silva, who could arguably have been sent off for denying Jordan Ayew a possible goalscoring opportunity with a handball.

Potter conceded his veteran centre-back could have seen red.

“I thought it was touch and go,” he said.

“The fact he was quite far from the goal saved him and it could’ve gone the other way.

Gallagher, whose first goal for the Blues came against his former side, admitted it was a “very special moment” for him personally.

He said: “It was written in the stars. Unfortunately it came against Palace but I’m just buzzing to get my first goal.

“Everyone knows how much I loved it here [at Palace] and I thank the whole club and the fans – even today with the reception they gave me.

“Hopefully I can build a bit of confidence with the goal and push on. I want to work as hard as I can for him [manager Graham Potter] and be available wherever he needs me, whether starting or coming off the bench.”