Gareth Southgate has told his young England players they must not allow ill-discipline to ruin their European Championship.

The England manager is preparing his injury-hit team for Sunday’s final pre-tournament friendly against Romania in Middlesbrough. And he has made it clear that he wants his players to avoid the pitfalls that have brought down previous generations in big tournaments.

Southgate said: ‘We talk a lot about giving free-kicks away, as you know when you go into tournaments teams will be dangerous from set-plays. 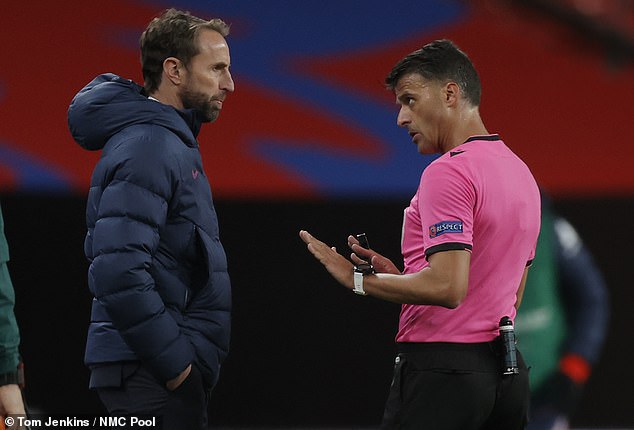 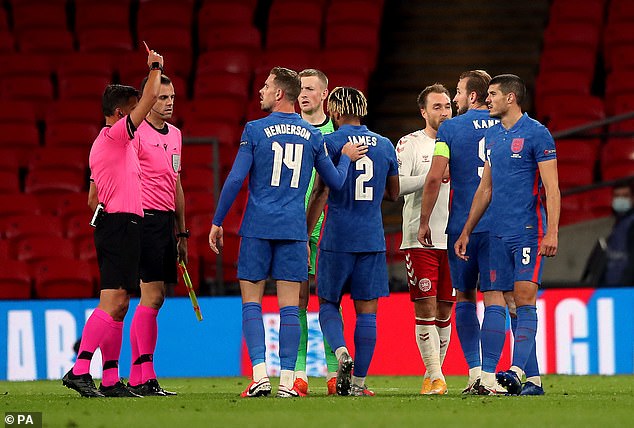 Red cards have proved costly for England in the past during knockout matches of tournaments. Reece James was sent off in a Nations League clash against Denmark in October

‘You have to compete but you have to make sure you avoid giving fouls away. And we certainly have to make sure we keep 11 men on the field at all times because that’s been a downfall in the past. That’s something we’ve always discussed and it will be no different in the coming weeks.’

Southgate was in the England team who went out of the 1998 World Cup to Argentina after David Beckham was sent off for kicking out at Diego Simeone.

Wayne Rooney was dismissed for a similar offence as England lost to Portugal in the 2006 World Cup quarter-final. 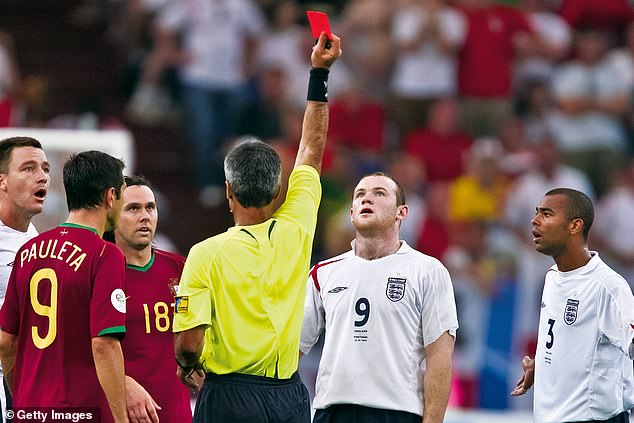 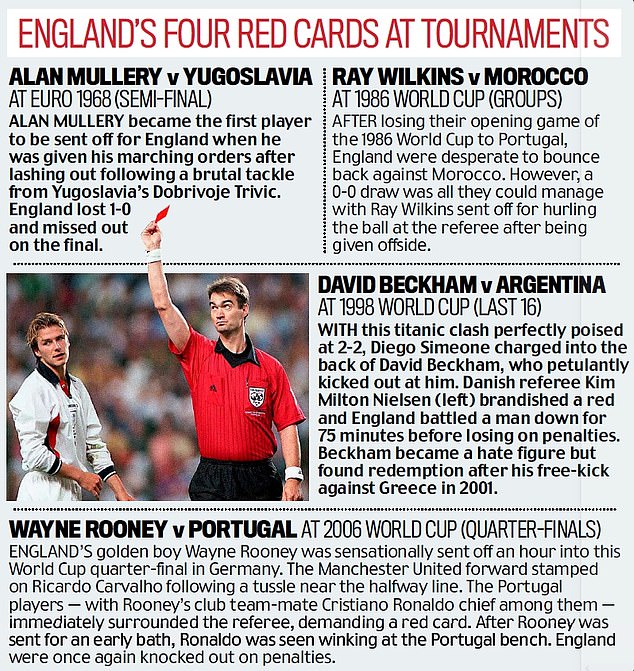 England had not had a red card in 40 games before Kyle Walker was sent off in Iceland last September. But Reece James and Harry Maguire were then dismissed against Denmark a month later.

Against Austria on Wednesday night, Tyrone Mings would have been sent off had VAR been available. The Aston Villa defender bodychecked an opponent off the ball. The players have been warned before by Southgate that referees at international level are stricter.

‘It’s very difficult to improve your position in a game with 10 men,’ he said last season. ‘History and statistics tell you that. Part of that is an understanding that referees in European football will referee differently. I found they were far less tolerant.’ 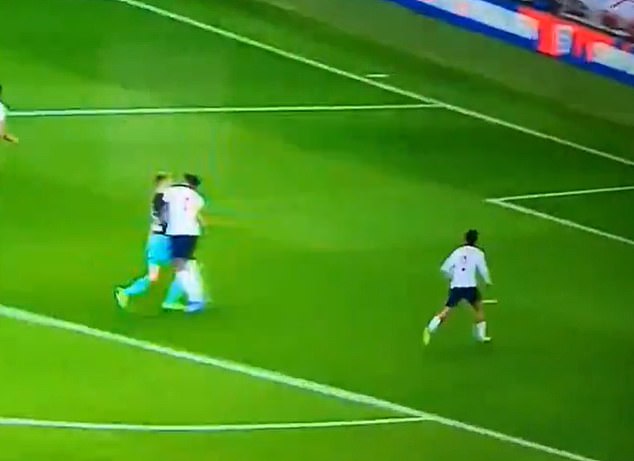 England players were actually quite restrained when it came to retaliation against Austria. Jack Grealish came in for particularly heavy treatment.

The Aston Villa playmaker is likely to be involved against Romania. Manchester City and Chelsea players have joined up with England after time off following last Saturday’s Champions League final but will not be involved on Sunday.

Manchester United duo Luke Shaw and Marcus Rashford are available for the first time after their Europa League final defeat.