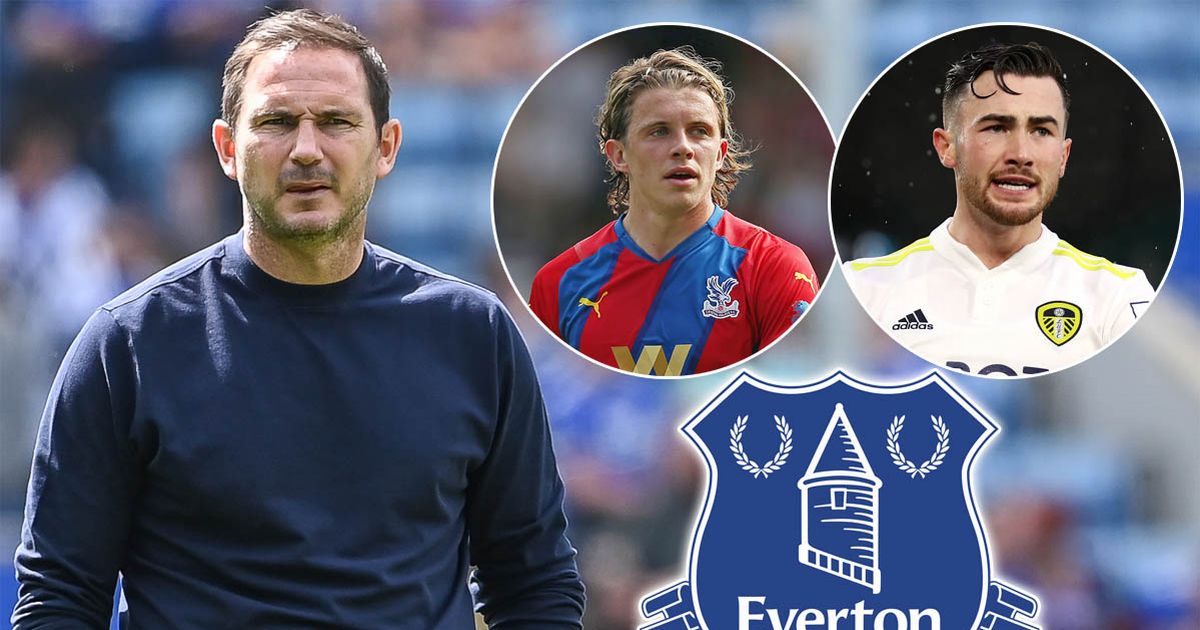 Everton danced with the threat of relegation for the closest they have been to the drop in almost two decades, but here are five signings that would boost Frank Lampard’s side’s chances of a better 2022/23 campaign

Everton narrowly escaped relegation from the Premier League in their penultimate game of the 2021/22 season with a dramatic win over Crystal Palace.

A 3-2 win for Frank Lampard’s side over Palace at Goodison Park led to the Toffees mathematically guaranteeing their safety with a game to spare, avoiding what would have been a first relegation in over 70 years for Everton.

Goalkeeper Gavin Bazunu would perhaps be a gamble but as a loan signing from Manchester City, he could provide great competition for Jordan Pickford, with BBC Radio Solent linking Everton and Southampton with interest in the 20-year-old.

Bazunu spent last season on loan in League One at Portsmouth, but was outstanding for Danny Cowley’s side in a campaign where he established himself as the Republic of Ireland’s first-choice goalkeeper.

Confident with his feet, capable of a good pass and an excellent shot-stopper, he was linked with Liverpool earlier this season and of all goalkeepers in the Premier League with over 20 appearances last season, only Ben Foster ( Watford ) and Tim Krul (Norwich City) had worse WhoScored.com ratings, suggesting that Everton may need an improvement in goal this summer.

Burnley centre-back James Tarkowski is set to become a free agent following the Clarets’ relegation from the Premier League. The 29-year-old two-time England international has played 194 times in England’s top-flight in the last six seasons.

Tarkowski has been linked with Everton, Newcastle United, Aston Villa, Leicester City and Fulham, proving he is by no means short of suitors. Investment from Everton this summer however could lure the defender towards Goodison Park, with a stay up north perhaps more likely due to his Manchester roots.

Everton’s defence was very leaky during the 2021/22 term with only four teams conceding more than the 66 goals they let in during the Premier League season, and Tarkowski’s experience and knowhow would be a massive asset for Lampard’s side.

Conor Gallagher had a stellar season out on loan at Crystal Palace from Chelsea and Lampard’s connections with his former club could attract Gallagher to join the side managed by Chelsea’s record goalscorer.

Gallagher scored eight goals last season and added three assists, with only Toffees striker Richarlison having a direct hand in more goals than him out of Lampard’s squad this term.

Lampard has a knack of making use of his Chelsea links, signing Mason Mount and Fikayo Tomori at Derby County on loan and taking his backroom staff at Chelsea with him to Everton, including former Blues teammate Ashley Cole.

The Daily Star report Everton are interested in the midfielder, and the ambitious move could help Lampard’s side make huge strides.

LONDON, ENGLAND – MARCH 26: Conor Gallagher of England looks on during the international friendly match between England and Switzerland at Wembley Stadium on March 26, 2022 in London, United Kingdom. (Photo by Vincent Mignott/DeFodi Images via Getty Images)

Leeds United winger Jack Harrison had a brilliant campaign with the Whites in a season where they needed a final day win at Brentford to seal safety in the Premier League for a second straight season.

Like Gallagher, Harrison scored eight goals last season including the one that kept Jesse Marsch’s side in the division.

From wide, the output from the likes of Demarai Gray and Andros Townsend was good but did not quite match Harrison’s levels and with him linked with a move and hopes of a future with England, a move to linking up with Lampard may bolster his productivity further, especially with strikers Richarlison and Dominic Calvert-Lewin to aim for.

Newcastle United midfielder Miguel Almiron may be the playmaker Everton are looking for, with an out and out number ten required to get the best out of Richarlison and Calvert-Lewin in attack.

Given Newcastle’s rise up the table and increased spending power, Paraguayan Almiron may be deemed surplus to requirements and could make him available to the Toffees for a reduced fee after their reported interest.

There are just two years left on his deal and while he has been a regular under Eddie Howe, that may change if the Magpies continue to make waves in the transfer market.