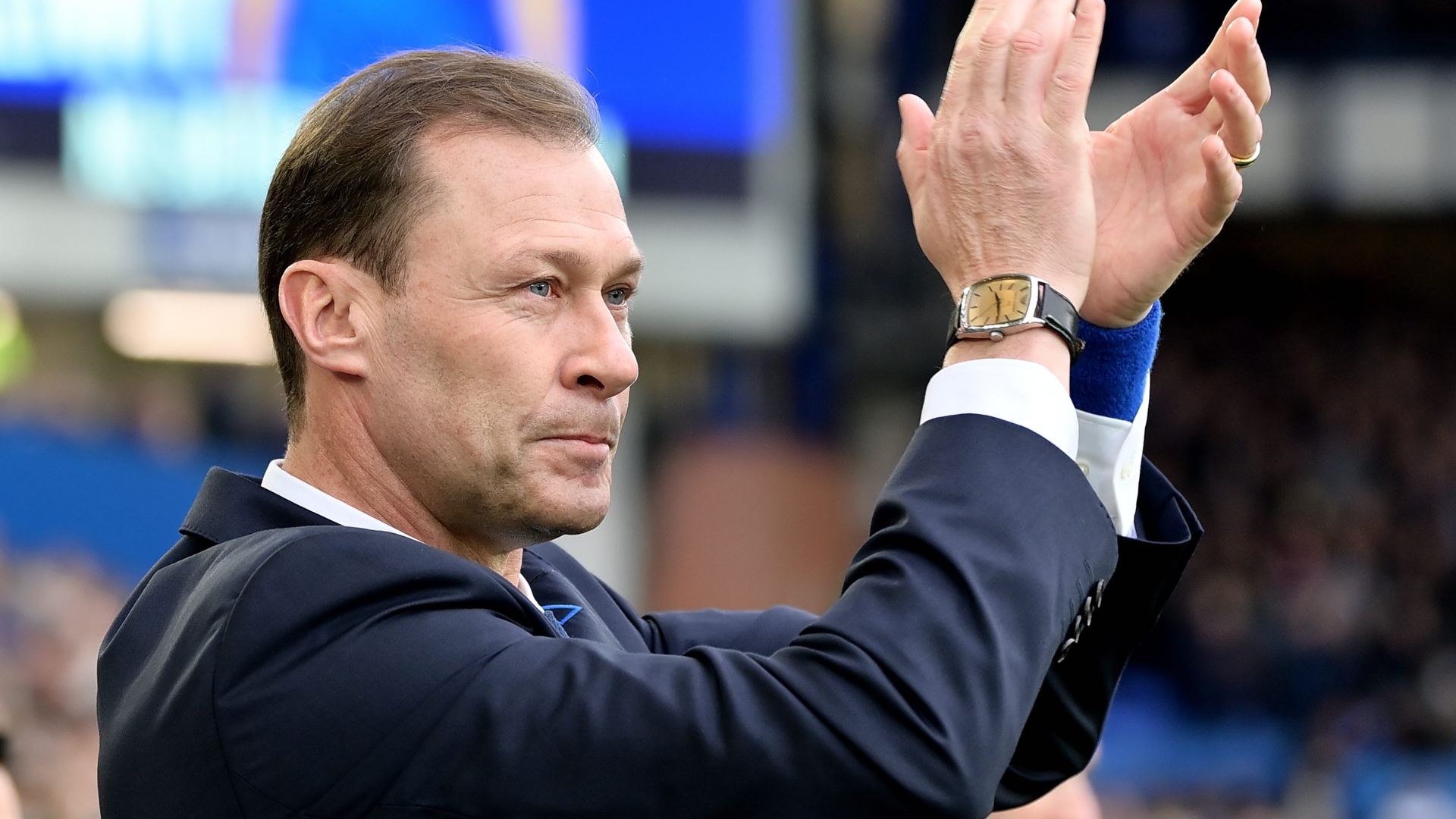 EVERTON icon Duncan Ferguson has left his coaching role at Goodison Park as he eyes up his first managerial job.

The 50-year-old was assistant manager to Carlo Ancelotti, Rafa Benitez and Frank Lampard in Merseyside.

He was recently passed up by Blackburn for their vacant head coach role, with Jon Dahl Tomasson appointed instead.

That is despite Real Madrid gaffer Ancelotti personally phoning the Championship side where he gave them a glowing recommendation of Ferguson.

And Ferguson has now decided to depart Everton to pursue his managerial ambition.

Speaking to the club’s website, Ferguson, who had two spells in charge as caretaker boss in December 2019 and January 2022, said: “It’s been a massive decision for me.

“An incredibly difficult one but I need to move on, to take that next step in my career and look for that new challenge.

“Being a caretaker manager has given me confidence to step into management.

“The club has been fantastic with me. They’ve supported me all the way through my journey.

“You’ve got the Chairman (Bill Kenwright) who has supported me as a player and as a coach. He’s been amazing with me, so I would like to thank him.

“And then there’s people like our CEO Denise [Barrett-Baxendale] who has been fantastic.

“It really is a caring club with some proper people in it. They’re massive Evertonians.

“And, of course, there’s the fans. They’ve been incredible to me since I came in ’94. We’ve got a strong bond.

“The relationship we’ve had over the years has been special. They know how much they mean to me. I’ll always love them.”

Ferguson enjoyed two spells at Goodison Park as a player where he first joined in 1994 from Rangers, before departing for Newcastle four years later.

He returned to Everton in 2000, with the ex-striker scoring 73 goals in 273 appearances in total for the club.

The seven-cap Scotland international then returned to the club in 2011 to work with the academy, before being promoted to first-team duties in 2014.