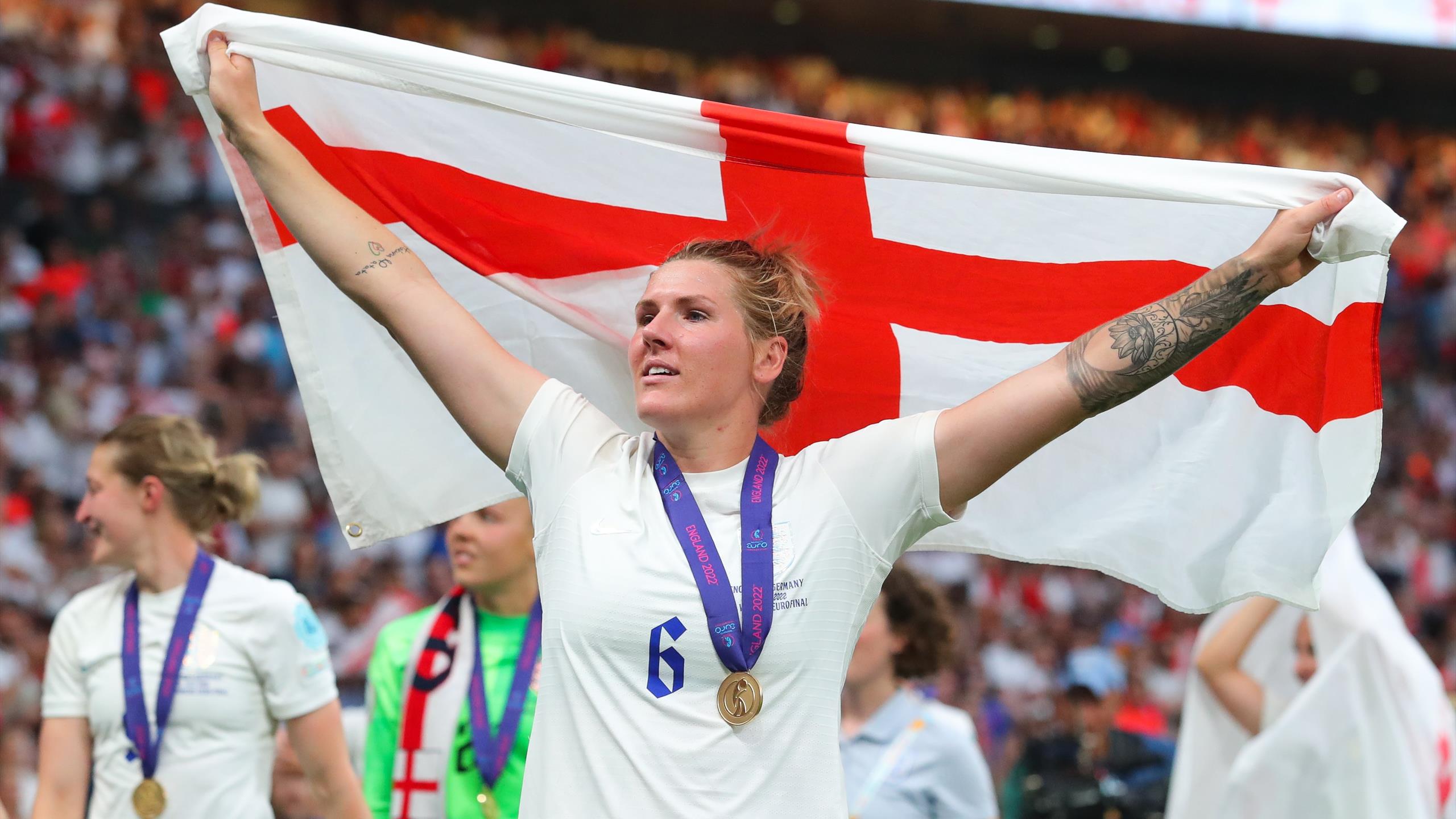 England Euro 2022 hero Millie Bright has signed a new deal with Chelsea, keeping her at the WSL champions for a further three years.

Bright, 28, joined the Blues in 2014 and has helped the club to six WSL titles, four FA Cups, two League cups, and a Community shield in a trophy-laden spell in west London.

The imposing defender has represented England 58 times and started every match as the Lionesses made history by winning the European Championship for the first time this summer.

Bright has also been named twice in both the PFA Team of the Year and the FIFPro Women’s World 11.

“Chelsea, the fans, the club, the people. Thank you for all your support so far,” she said in response to her new contract.

“You’re my home and I can’t wait to continue fighting for more trophies. Cheers to the future!”

General manager Paul Green added: “We are absolutely delighted that Millie has signed a new contract.

“Millie remains our longest serving player and her time with us has been key to our success.

“The way that she leads on and off the pitch is second to none and we are proud of how far she has come and all her achievements, including her most recent win at the Euros, which was a very proud moment for the club.”

The Blues head to Portland next week for a US Tour where Bright will join her team-mates following a break after her England heroics.

Chelsea then kick off their WSL title defence against London rivals West Ham on September 11 at Stamford Bridge.

He came, he saw, he didn’t conquer, but Werner’s story is far from over – The Warm-Up