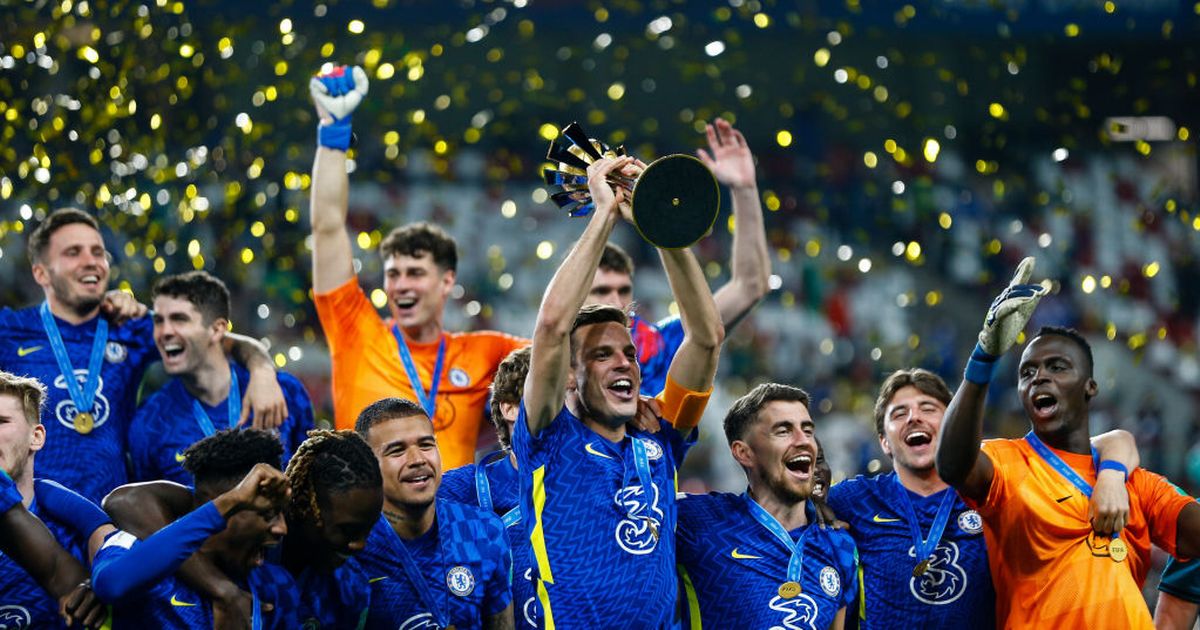 The shadow of Chelsea’s past success and great players has loomed large over future generations.

But now the current team has done something even the likes of Didier Drogba, John Terry and Frank Lampard could not achieve in their glory years.

Chelsea won the Club World Cup and added the final piece of the jigsaw with the only trophy missing since Roman Abramovich took over in 2003 and built an incredible success story.

Drogba, 43, one of Chelsea’s all time greats, believes his generation inspired the teams which followed and the club has now won the lot for Abramovich.

Drogba said: “That was the ambition when I joined the club in 2004 and we started by winning the League, winning the FA Cup, winning the Carling Cup and all these domestic trophies.

“Then we tried and we managed to achieve the one with the big ears (the Champions League ). The objective was to win the trophies, but also to inspire the next generations, players like Callum Hudson-Odoi, Mason Mount, all the guys, to inspire them and, hopefully, winning another trophy.

“That’s exactly what they did, another Champions League and then because they are competitors they remember they lost the one, the FIFA Club World Cup, in 2012, so they knew how important this was for the club. Now I’m here and I’m celebrating with them as well.

“There’s not much to say about Roman Abramovich because we can see all of his achievements since he joined the club, what he did for this club – he put it to another level. But he’s written I think the best pages of the club and I think we are very happy to have him.

“It’s amazing for the club to be on top of the world. What a year for Chelsea, what a year.”

Kai Havertz scored the late penalty to beat Palmeiras in extra time but it was also Romelu Lukaku who opened the scoring with a header, having scored the winner in the semi final.

They were two big moments for Lukaku who, since his £97.5m move last summer, has struggled for form, fitness and Drogba says the Belgium striker put “extra pressure” on himself by giving his now infamous interview, saying he wanted to go back to Italy.

Drogba is close to Lukaku from the striker’s first spell at Chelsea, they talk on the phone and the legend believes the pretender to his throne will be stronger for the experience.

Drogba said: “He took his responsibility to talk and put a bit more pressure on himself. Obviously, every player always has something to prove and will always want to do better but he’s there, big game, he scored the goal to give us the lead and I’m happy with this performance.

“I’m really happy because I spoke and after that I put pressure on myself but I spoke because I knew I could handle this pressure. Maybe I needed that as well to perform and it’s good to see that his mentality is being positive.

“I hope he learned some from me, I hope he did! He’s a goalscorer, he’d done that before and he’s having a difficult moment, but bouncing back this kind of trophy will bring his confidence back.”

Chelsea have been so clever in utilising their great players of the past. Drogba is an ambassador for the club, Lampard was manager, John Terry is now working at the academy while he looks for a managerial role and Petr Cech is a technical director.

At some clubs, their presence could intimidate the current players. But Chelsea’s players have to be used to pressure and the expectation levels to always win trophies.

They have kept that winning feeling going through the years and it is something Thomas Tuchel has embraced and this, incredibly, is his third trophy in 13 months. The Champions League, the Super Cup and now an unprecedented Club World Cup.

No wonder why they do not mind having greats like Drogba hanging around. His winning mentality is clearly infectious.