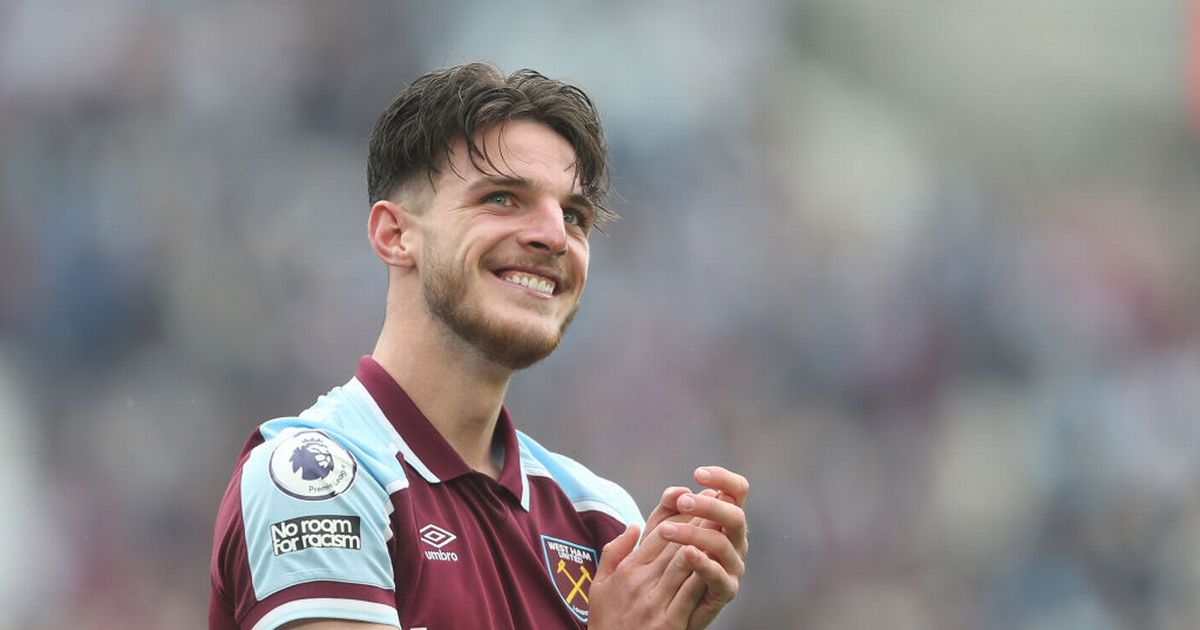 West Ham star Declan Rice has already rejected multiple proposals to sign a new deal at the London Stadium, increasing speculation that he could join one of their Premier League rivals

Declan Rice won’t quit West Ham this summer despite massive interest in him from Manchester United.

The 23-year-old’s refusal to sign new terms at the London Stadium has thrown his future into doubt. But Mirror Football understands there is no great desire from the player for him to quit the Hammers ahead of a season which will be busy enough with the World Cup in Qatar in November.

United have made Rice one of their top targets as Erik ten Hag looks to start his overhaul of the playing squad at Old Trafford. However, the player is understood to be willing to give West Ham another season before looking to make the move to one of the Premier League ’s really big boys.

Boss David Moyes and co-owners David Sullivan and David Gold have been adamant that Rice would not be for sale this summer and there is a growing feeling around the club that the player is on the same page.

Rice himself recently hinted he was ready to rebuff approaches from elsewhere, with his full focus remaining on ‘going again’ after suffering Europa League heartache at the semi-final stage. “We’ve proved that we can play in big European games and our fans and our stadium have shown we can handle those big European nights, and that’s what we want more of,” he said earlier this month.

“I’m proud of the lads because we’re not the biggest of squads, so to go week in, week out again and again and again, training and playing Thursdays and Sundays, away from home and away from families has been tough, but in the end we’ve had a great year and we’re ready to go again.”

HAVE YOUR SAY! Should Declan Rice leave West Ham in the summer window? Let us know in the comments

Chelsea and United, his two big suitors, both have a lot of work to do in the coming months in terms of their playing staff, and would love to get their hands on Rice. But both look like being disappointed, with next summer set to be a big one for the player’s future instead.

Moyes has already made it clear that he values Rice well in excess of £100million and if he has a good World Cup for England his value will rocket even further. Rice started out at Chelsea before being released and picked up by West Ham, and the Blues would love to take him back sooner rather than later.

United are also in the hunt but could well turn to Frenkie De Jong instead if Rice is a no-go this summer. United and West Ham are battling for the final Europa League spot today with two points separating them ahead of the final games.

United sit sixth but they really need a win to be sure of finishing there given West Ham, who are guaranteed Europa Conference League football at worst next season, have a far superior goal difference.