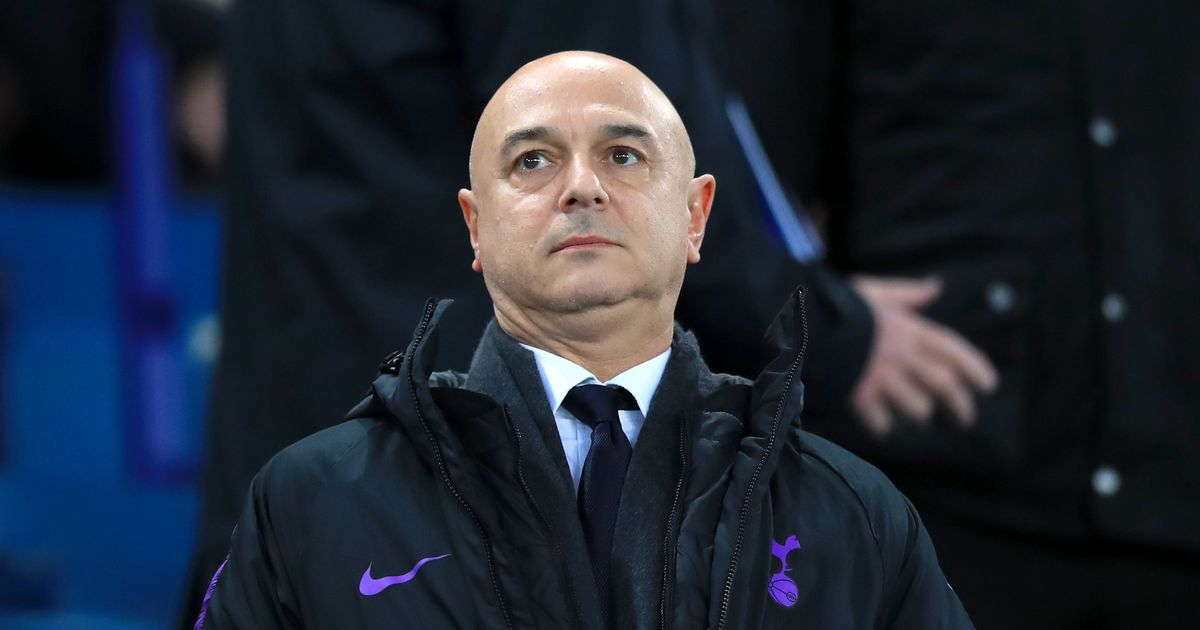 Antonio Conte has fired Tottenham into top four contention in the Premier League, and Daniel Levy has been warned about making a huge mistake while he has the Italian in charge

Conte outlines what Tottenham can achieve before end of season

Tottenham chairman Daniel Levy has been issued a warning in the hopes that he will avoid what could be a costly mistake while Antonio Conte is in charge.

After initially snubbing the Italian’s demands in the summer, Tottenham went back on their original decision and brought Conte in after they sacked Nuno Espirito Santo in November.

The Portuguese boss broke the unwanted record of serving the shortest stint as Spurs boss, and now Tottenham are playing catch up with the later arrival of Conte.

And they have been urged not to make a ‘crazy’ mistake while the Italian is in the dugout.

Daniel Levy has been warned about making a ‘crazy’ mistake
(
Advertisement. Scroll to continue reading.

Conte is a former Premier League winner, and the Italian also won the Serie A title with Inter Milan last season before leaving in the summer.

The Italian’s track record is clear to see, and Conte has proven that when he is backed by the board, he can put together a trophy winning side on a number of occasions.

Trophies are something that Tottenham are craving, and former Premier League star Micah Richards believes that Levy would be ‘crazy’ not to back Conte, who he thinks is one of the best managers in the world.

Conte was staring his first Premier League defeat in the face as Tottenham boss as they trailed Leicester 2-1 with seconds to play, but their most unlikely of turnarounds have thrusted them into top four contention, and Richards has urged Levy to back his man.

Richards told the Daily Mail: “Perhaps it is a stretch to see Tottenham challenging for the Premier League anytime soon but Conte has won titles with Bari, Juventus, Chelsea and Inter Milan and he didn’t accept Daniel Levy’s offer to succeed Nuno Espirito Santo to waste time.

“Conte wants to be competitive, to cause problems for Pep Guardiola, Jurgen Klopp and Thomas Tuchel.

“That is why it would be crazy if Levy didn’t give him the proper backing to get Tottenham motoring forward again, as was the case under Mauricio Pochettino.

“At the beginning of the season, I didn’t expect Tottenham to be in contention for the top four but Levy’s decision to appoint Conte has given them a fantastic opportunity — if they do make it into the Champions League next year, it will be down to him.

“To enhance their prospects, however, the right additions this month would be an enormous advantage. Conte has a pull and Spurs must capitalise on that, in the same way Steven Gerrard was able to attract Philippe Coutinho to Aston Villa.

“That was a club backing their manager.”

Spurs travel to Stamford Bridge on Sunday and a win against Conte’s former side will leave them just five points behind Chelsea with four games in hand, quite an impressive achievement seeing as they were 10 points behind when the Italian was appointed Tottenham boss.

Richards believes that Levy must build on their momentum, as he added: “Tottenham must maintain it — and to do that, it means giving Conte the opportunity to really enhance this squad. He is the best possible manager they could have wished for at this time. They cannot waste this chance.”