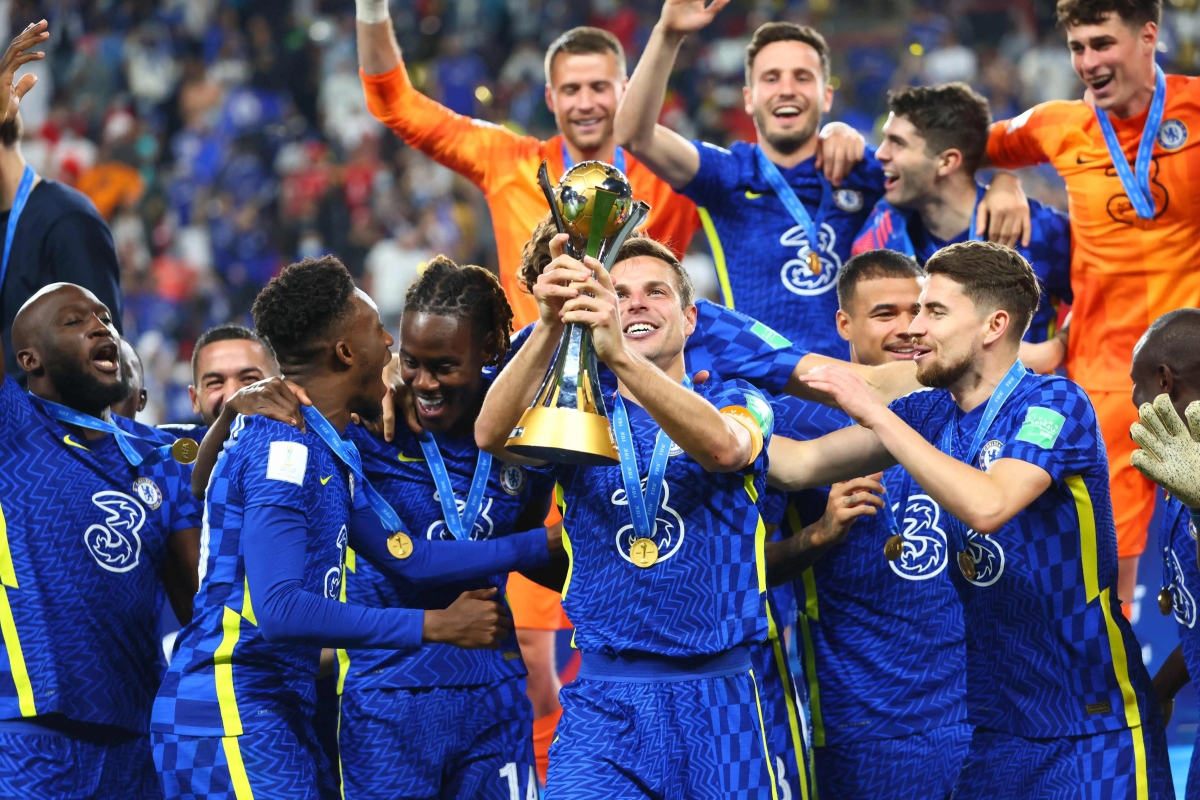 CHELSEA earned a cool £3.68million for being crowned world champions.

The Blues saw off Saudi Arabian side Al Hilal 1-0 in the semi-finals on Wednesday.

And they followed that up with a nervy 2-1 victory over Palmeiras after extra-time yesterday.

Those two wins saw them lift the Club World Cup to complete their incredible honours list.

And with the tournament a Fifa event, there was a decent £3.68m cheque to accompany the trophy on the plane back to London.

It may be a fraction of the £75m Chelsea earned for winning the Champions League in May.

But it is a significant boost for three-and-half hours of work in Abu Dhabi – and on the £1.8m the winners of the FA Cup receive.

Kai Havertz will have an argument to receive his fair share of the cash after burying his pressure penalty in the 117th minute – thanks to some genius work by Cesar Azpilicueta.

The man who has bankrolled Chelsea throughout their recent success, owner Roman Abramovich, was in the stands to cheer his team on – and then joined in the celebrations.

Manager Thomas Tuchel shared what they said to each other on the pitch after full-time.

The German revealed: “I said, ‘It is for you and it is your club. Your input and passion that made it possible.’

“The trophy is for him.”

Havertz admitted he was the third-choice option to take the crucial spot-kick but both Jorginho and Romelu Lukaku were off the pitch.

Havertz told Channel 4: “It’s amazing. After champions of Europe, we are now champions of the world. It sounds better.

“I was nervous [taking the penalty], I have to be honest. It’s a big penalty. It’s just crazy. It was good I kept the nerves. I am very happy.

“I was the third penalty taker but I was the only one left on the pitch.

“My team-mates gave me trust. I dreamed always as a kid of this. This is an amazing feeling for me.”