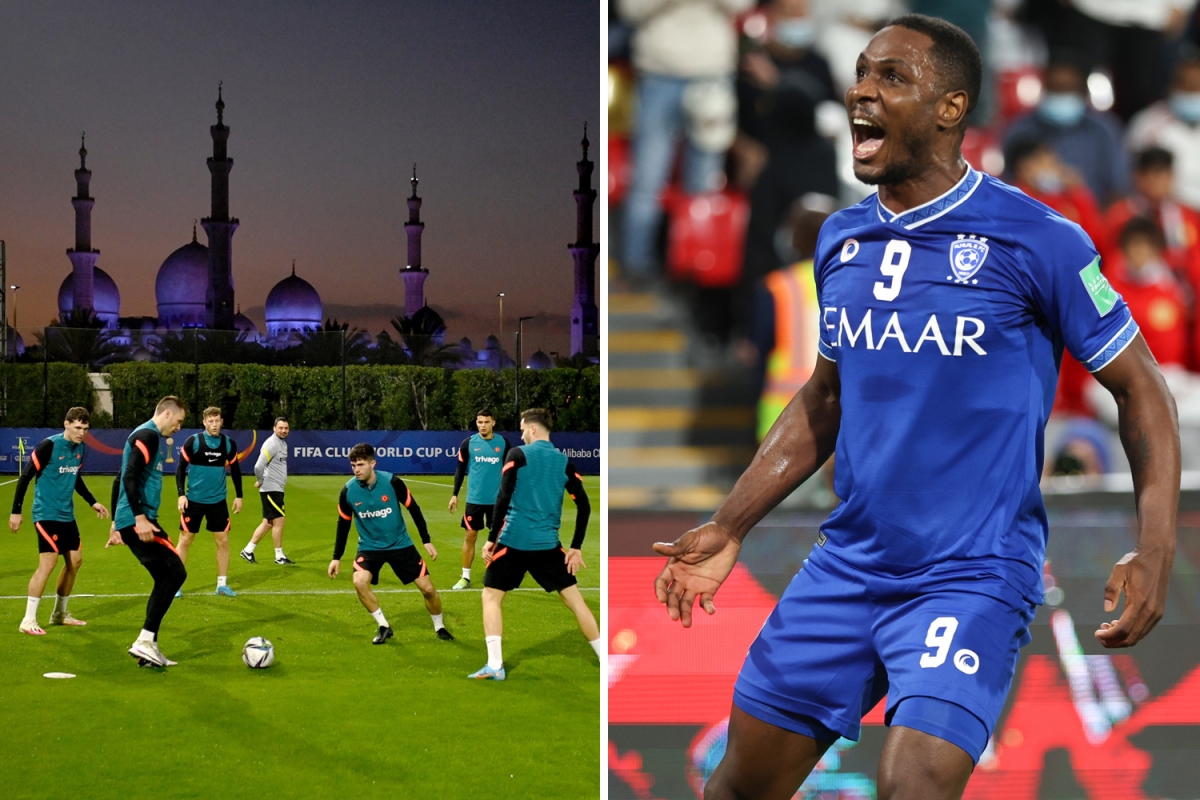 SAUDIAN ARABIAN side Al Hilal set up a Club World Cup semi-final meeting with Chelsea after a ruthless 6-1 demolition of Al Jazira.

It’s the biggest winning margin in the history of the Club World Cup, with ex-Manchester United striker Odion Ighalo netting on his debut for the club.

Ighalo only joined Al Hilal from fellow Saudi side Al Shabab in January, and he marked his first game with a goal against Emirati outfit Al Jazira.

He will now lead the line in Wednesday’s semi-final after Chelsea jetted out to the UAE today to take part in the tournament.

Al Hilal did go 1-0 down initially, but Ighalo’s effort and a goal from former West Brom man Matheus Pereira helped them come from behind to register the record-breaking win.

Ighalo spent a year on loan at Manchester United from Shanghai Shenhua between 2020 and 2021, scoring five goals in 25 games for the Red Devils.

He was linked with a winter move to Newcastle last month.

And he’ll be hoping to prove a point against Premier League opposition in Chelsea on Wednesday night, having failed to make his mark at Old Trafford.

Here is Chelsea’s 23-man squad for the Club World Cup:

The winners of the semi-final between Al Hilal and Chelsea will face either Brazilian side Palmeiras or Al-Ahly of Egypt in the Club World Cup final.

The Blues touched down in the UAE after squeaking past Plymouth 2-1 in the FA Cup on Saturday, but boss Thomas Tuchel was nowhere to be seen.

The German coach continues to self-isolate after contracting Covid.

He returned a positive test just hours before the FA Cup fourth round clash and was not in the dugout for Chelsea’s extra time win.

Tuchel is set to miss Wednesday’s game against Igalo and Al Hilal, but there is the possibility he could fly out and link up with his squad should Chelsea progress to the final.