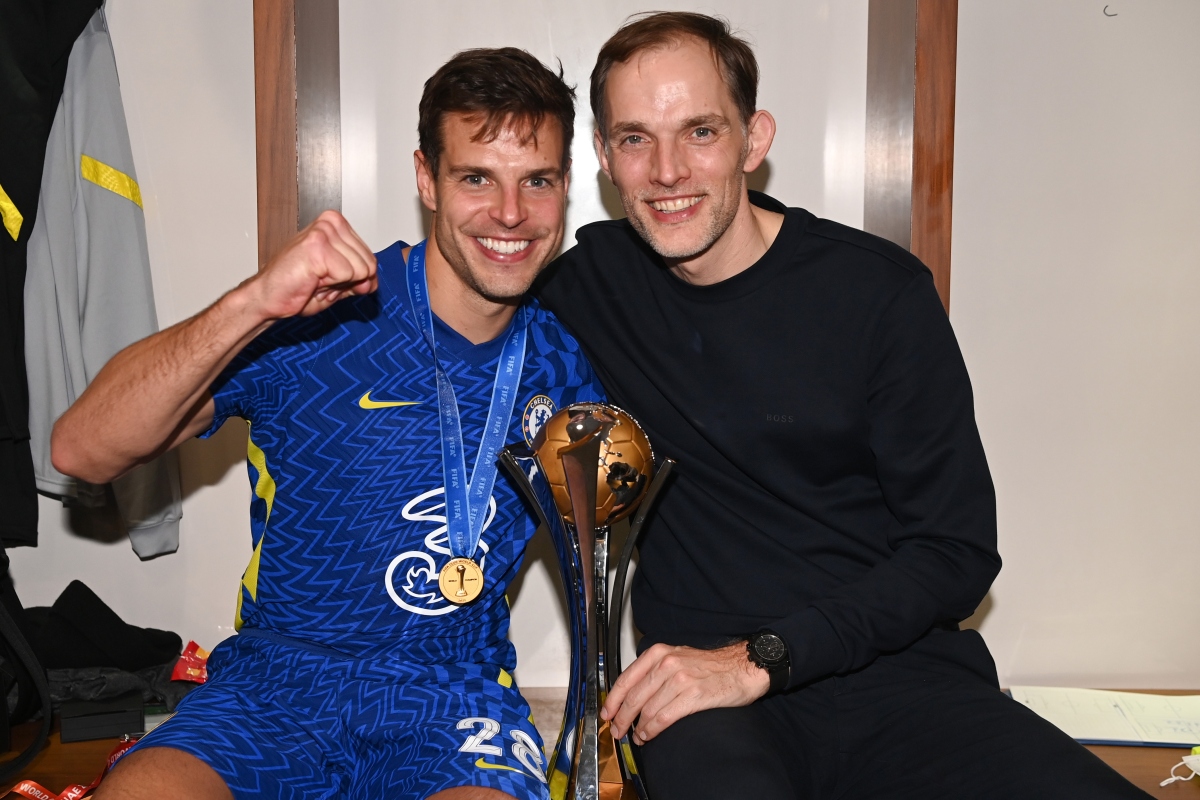 THOMAS TUCHEL insisted ‘everyone is jealous of Chelsea’ after the club completed the trophy clean sweep.

And that ensured the Blues have now won every tournament available to them – which the German was delighted about.

Tuchel said: “We said in the dressing room what an opportunity, everyone is jealous of us.

“As boys, we dreamed of finals like this. It is very special and we wanted to play with no regrets.

“If you score late, you need luck to do it. We were relentless, kept on trying, didn’t stop. We didn’t give in.

“We had the lead, lost it again, but we never stopped attacking.

“So I think it’s deserved but it’s lucky if you score late.”

But Havertz – who scored the winner in the Champions League final in May – kept his cool from 12 yards deep into extra-time to complete the victory in Abu Dhabi.

There were, understandably, jubilant scenes in the Chelsea dressing room – including sidelined duo Ben Chilwell and Reece James.

Billionaire owner Roman Abramovich was caught on camera celebrating Havertz’s winner – although he kept his revelry to a simple round of applause.

The only blot on a historic evening was Mason Mount leaving the stadium on crutches.

It is feared the England ace has injured ankle ligaments and scans in London will reveal the extent of the damage.