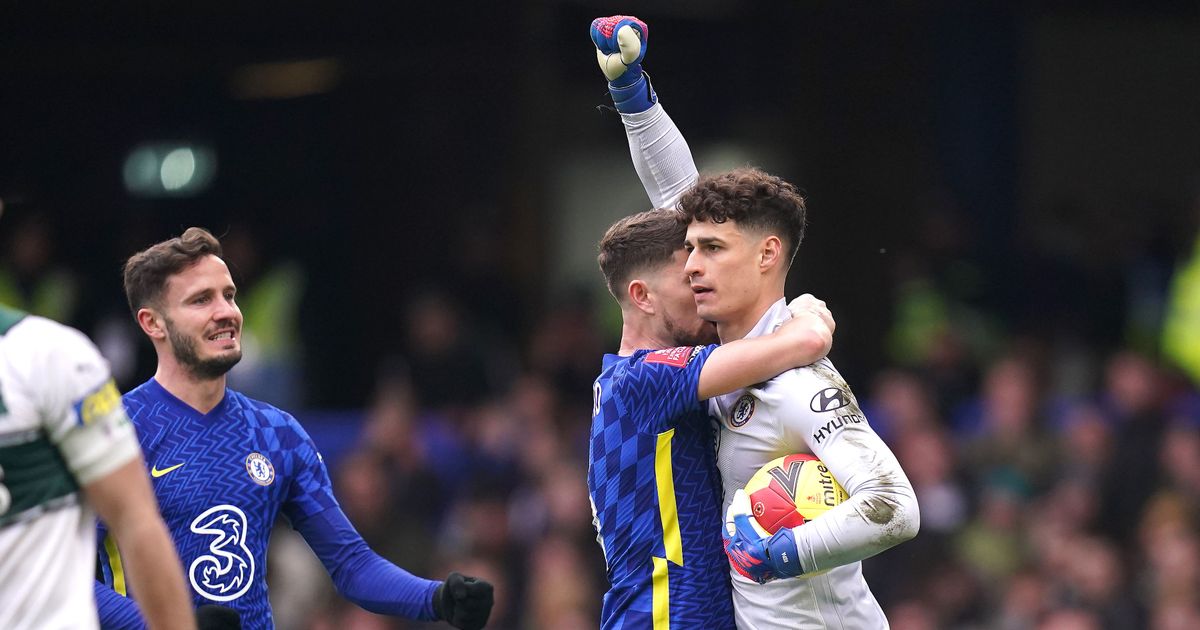 Chelsea assistant Arno Michels was full of praise for Kepa Arrizabalaga after the Spanish goalkeeper helped the Blues progress to the fifth round of the FA Cup with a win over Plymouth Argyle.

Michels was in charge at Stamford Bridge on Saturday after manager Thomas Tuchel tested positive for Covid, and the Premier League side were put to the test by their League One opponents.

Macauley Gillesphey gave the visitors a surprise lead, before Cesar Azpilicueta equalised and Marcos Alonso delivered what proved to be the winning goal in extra-time, helping set up a fifth-round meeting with Luton Town at Kenilworth Road.

Kepa had the final say, though, saving an extra-time penalty from Ryan Hardie with just a couple of minutes left on the clock, and the former record signing came in for plenty of praise after the victory.

Who is your tip for this season’s FA Cup? Have your say in the comments section

Kepa’s penalty helped send Chelsea into the fifth round
(

Kepa was Chelsea’s record signing when he joined from Athletic Bilbao in 2018, but has lost his place to Edouard Mendy.

However, with Mendy away at the Africa Cup of Nations with Senegal, the 27-year-old has deputised between the sticks for six of the last seven games.

Marcus Bettinelli played in the third round victory over Chesterfield, but Kepa kept clean sheets in both legs of the Carabao Cup semi-final as well as the Blues’ last three Premier League games.

‘In the last few matches, I’ve felt him very reliable in his game,”. Michels said of the Spanish international.

“His strength is to save penalties, he’s shown it a few times now: in the Carabao Cup twice, against Villarreal, and even in training, it’s hard to beat him.

‘In penalty shootouts, he has the ability to read the mind of what the player is going to do. We are very happy with Kepa and he deserves this trust because he is a fantastic guy.”

Mendy is due to join up with his Chelsea teammates in the UAE after playing for Senegal against Egypt in the AFCON final, with both goalkeepers vying for minutes as the European champions aim to add the Club World Cup to their trophy cabinet.

Chelsea will play their semi-final game on February 9, and victory in Abu Dhabi would set up a final against either Palmeiras or Al Ahly three days later.

Tuchel has begun his self-isolation period while the squad have flown out for the tournament, and it remains to be seen whether Michels will be in charge for further games as the manager recovers.

‘To work with him for one year, it is hard for him because Edou [Mendy] is playing very good, but Kepa is constantly doing very good work in training, reliable work,” Michels added.

“He is friendly and an amazing guy. So I am very happy for him he could save us from a penalty shootout.”