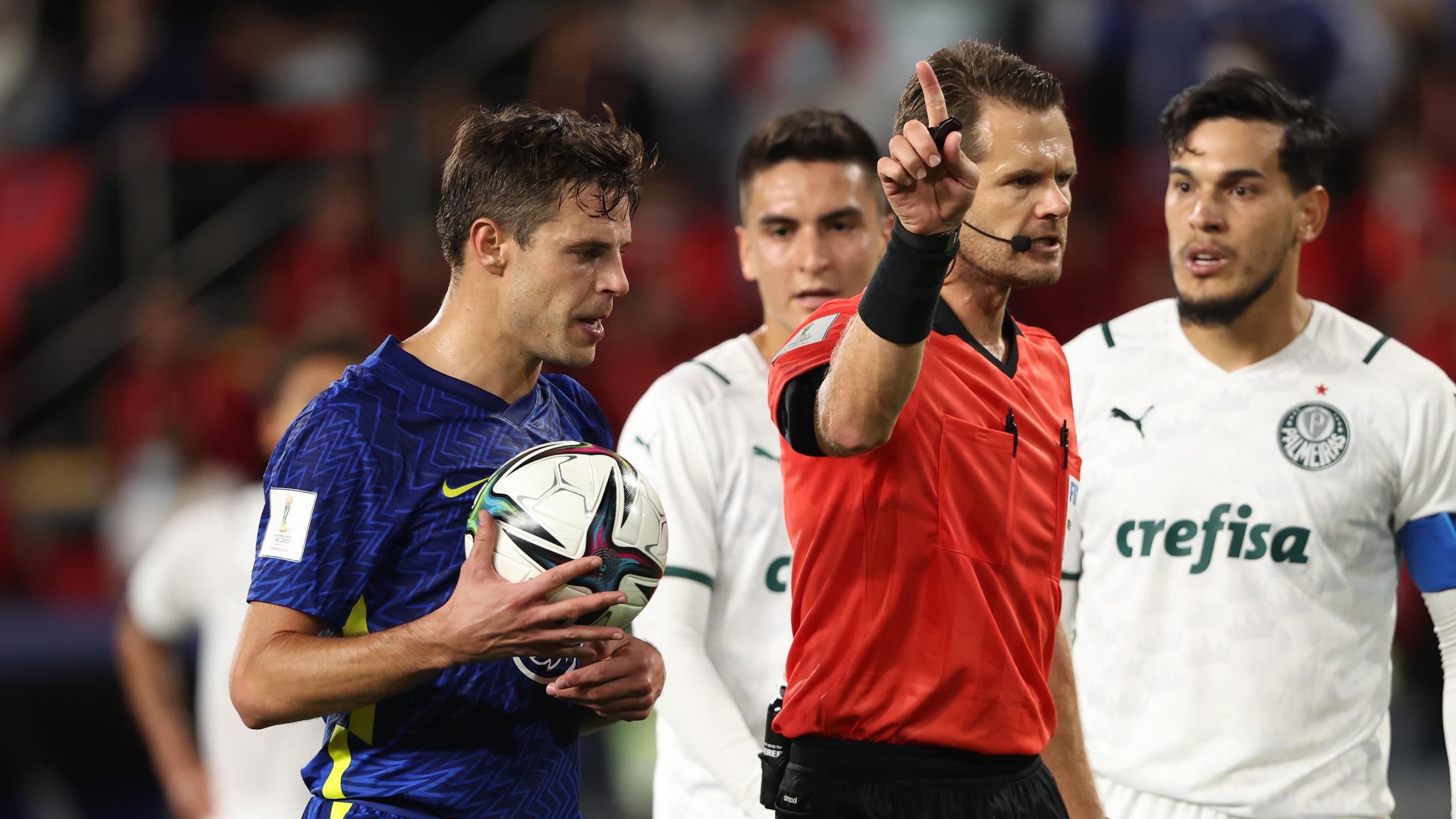 Cesar Azpilicueta has revealed he tried to take the pressure off Kai Havertz by pretending he was going to take Chelsea’s extra-time penalty in the Club World Cup final win over Palmeiras.

Havertz scored from the spot in the 117th minute to secure victory for Chelsea in Abu Dhabi.

Before Havertz netted the penalty it looked as though Azpilicueta was set to take it as he picked up the ball and stood by the penalty spot.

‘How many English players were playing?’ – Ferreira’s dig at Chelsea after CWC defeat

Palmeiras players crowded around the defender to try to put him off before Azpilicueta handed the ball over to Havertz.

“It was a tactic because I knew how they are,” explained Chelsea captain Azpilicueta.

“I knew they were coming for the penalty taker, so I took the ball.

“Kai knew that he was going to shoot so it was to release the pressure from him. It was a decisive moment and Kai is one of the best penalty takers.

“I waited and listened to everything their players told me, and I think it worked, which is the most important thing.”

Having signed for Chelsea in 2012, Azpilicueta is the first player in the club’s history to win every major honour.

“When I arrived in 2012 I couldn’t imagine the journey I would go on,” said the 32-year-old, who is into the final six months of his contract.

“I’m really proud to be the Chelsea captain, leading the club on and off the pitch. This title feels very good because it’s the first time in our history. The club deserves it, the owner deserves it and I’m proud we achieved it.”

Havertz, who also scored the winning goal in last season’s Champions League final against Manchester City, said he was feeling nerves ahead of the penalty.

“I was nervous [taking the penalty], I have to be honest. It’s a big penalty. It’s just crazy. It was good I kept the nerves. I am very happy.

“I was the third penalty taker but I was the only one left on the pitch. My team-mates gave me trust. I dreamed always as a kid of this. This is an amazing feeling for me.”