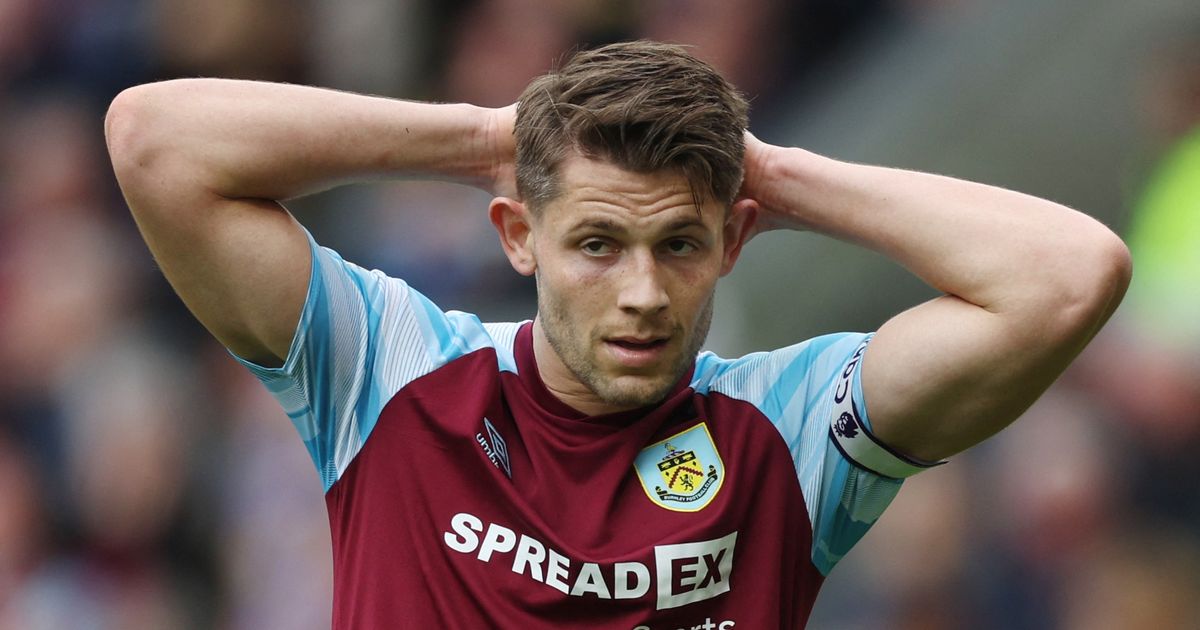 After securing their long-awaited promotion to the Premier League back in 2020, Leeds United were at risk of relegation back to the Championship – but instead it’s Burnley who have been demoted after defeat at home to Newcastle United

Burnley will drop into the Championship (

Leeds United will be in the Premier League next season after a dramatic final day – but Burnley’s tenure in the top flight is over.

The Clarets – without a manager since Sean Dyche’s sacking – knew that victory over Newcastle United would ensure their safety at Turf Moor. However, two goals from Callum Wilson handed the Magpies a 2-1 victory, despite Maxwell Cornet’s consolation strike for the hosts.

That meant that Leeds United, facing Brentford, would stay up with a draw. But when Jack Harrison fired home in the 93rd minute, that ensured a 2-1 away triumph for Leeds and their place in next season’s top flight.

Earlier, Raphinha had given them the lead with a fierce penalty, hammered into the top corner after the Brazilian himself had been brought down by David Raya. But when Sergi Canos equalised, they were left facing a nervy finish.

However, Harrison’s fine strike ensured delirious scenes among the away fans. Jesse Marsch was bundled by his backroom staff as they know they were safe from the drop.

Marsch was appointed as his Marcelo Bielsa’s successor in March in a decision that wasn’t universally popular – such was the esteem in which supporters held the Argentine. However, it has paid off in the long run as Leeds remain in the top flight.

Despite some recent harrowing defeats – notably the loss to Chelsea – there were crucial late goals, including Pascal Struijk’s equaliser vs Brighton in their final home game to ensure they were still alive heading into the final day.

HAVE YOUR SAY! In hindsight, were Leeds right to sack Bielsa and appoint Marsch? Comment below

Burnley subsequently lost 1-0 at Tottenham the following day, before securing a share of the spoils at Villa Park on Thursday to keep them above Leeds in the relegation dogfight due to a far superior goal difference.

Much like Leeds, Burnley also oversaw a big change in the dugout at a crucial stage of the season. With just seven games of the campaign left, the Clarets sacked Sean Dyche without an immediate replacement in place. As a result, first-team coach Mike Jackson has been steering the ship ever since.

He has taken charge of some crucial fixtures, taking points off of the likes of West Ham and Aston Villa away from home during his short but ultimately unsuccessful reign at the helm. It is expected that the club hierarchy will aim to appoint a permanent successor in the summer.