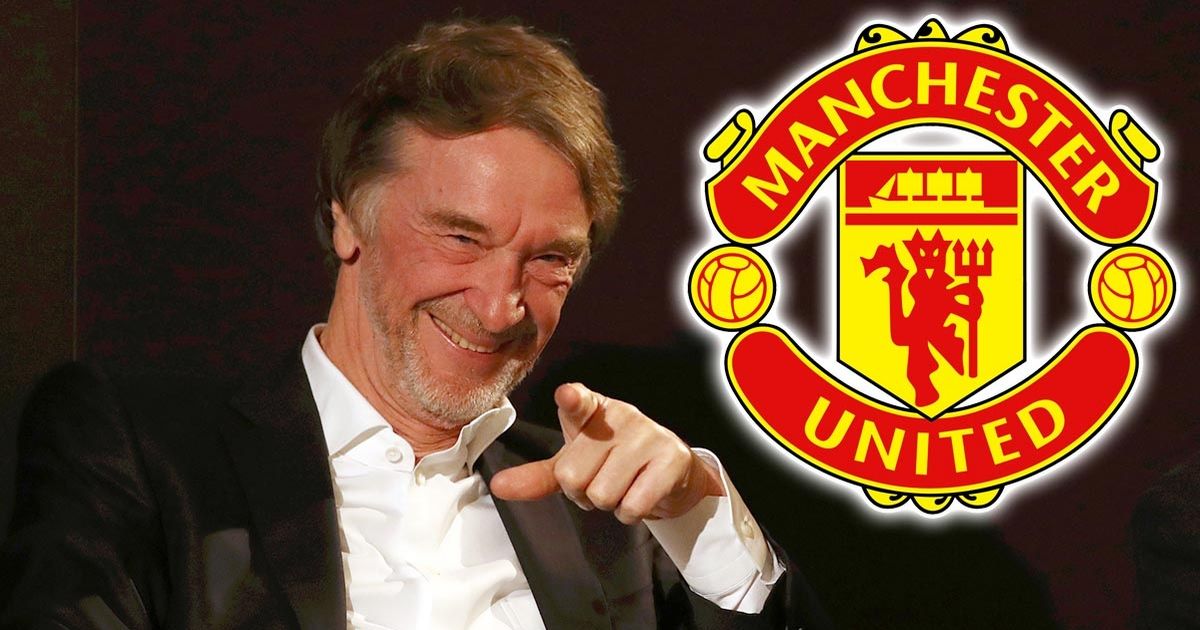 Manchester United fans are desperate for their current owners – the Glazer family – to sell up, staging protests against their running of the club last April.

Few people can afford to buy the Red Devils, although one man does have the capital and is a passionate supporter – Sir Jim Ratcliffe.

The businessman – who made his billions from establishing chemicals company Ineos in 1998 – was the richest man in the UK before emigrating to Monaco in September 2020.

Ratcliffe is interested in sport, investing in sailing, cycling, athletics, F1, rugby and football. Ineos are the current owners of Swiss side Lausanne-Sport and French outfit Nice.

He hit the headlines on Monday after reports on the continent suggested Nice are interested in signing United winger Jesse Lingard on loan for the rest of the season.

Should the Glazers sell Manchester United? Let us know in the comments below!

Although it’s unclear whether that proposed deal will go through, one thing is for sure – Ratcliffe isn’t interested in buying United as a club, even if he might buy one of their players.

The entrepreneur wasn’t planning on purchasing a Premier League club in September 2019, as exclusively revealed by The Mirror.

But those closest to Ratcliffe, who started life in a council house in Greater Manchester, hadn’t ruled out Ratcliffe ­eventually making an impact with a club in this country.

A business confidante said in 2019: “Jim is a huge supporter of ­businesses in this country and was genuinely interested in buying a leading Premier League club.

“At the same time he wants value for money and after considering the cost involved and the ­necessary investment he chose Nice ahead of Premier League clubs he was in negotiations with.”

It is that last line which is telling, and something Ratcliffe confirmed when he discussed United directly a few weeks later.

Ratcliffe’s comments on United have made it clear – he’ll only consider buying them or another club if their house is financially in order.

Speaking in November 2019, he slammed United, claiming they’ve “lost the plot” since Sir Alex Ferguson retired in May 2013, and making it clear he currently does not believe that is the case.

“Not at the moment, no,” said Ratcliffe when asked if he was interested in buying United. “They are in quite a big pickle as a business.

“[Ineos] never wants to be the dumb money in town, never, never… they haven’t got the manager selection right, haven’t bought well.

“They have been the dumb money, which you see with players like Fred. We won’t look elsewhere until we have had a good run here [at Nice].

“We need to find out how to be successful before you ever want to write a big cheque. It’s quite difficult.”

Since Ratcliffe’s takeover in August 2019, Nice have finished fifth and ninth in Ligue 1. They are currently second in the table – 11 points behind leaders Paris Saint-Germain – and have a great chance of qualifying for the Champions League.

Ratcliffe went on to say: “United have spent an immense amount since Ferguson left and been poor, to put it mildly. Shockingly poor, to be honest.

“We have a different approach here to be moderately intelligent about it. Try to do it more grass roots, trying to locate young talent.

“Some clubs seem to have an ability to do that, Southampton, Lille. United have done it really poorly. They have lost the plot there somehow.”

On the cost of owning a so-called “Big Six” Premier League side, Ratcliffe added: “You quickly get into some pretty stratospheric numbers.

“And even though clubs have those valuations today, nobody has ever paid those amounts of money.

“How much did Abramovich pay for Chelsea, £100 million? The Glazers [at United], what £500 million? You can say it’s worth three, four billion but no one has ever paid those sums.

“Ineos has always tried to take a sensible approach. We don’t like squandering money or we wouldn’t be where we are today. It’s part of our DNA, trying to spend sensibly.”