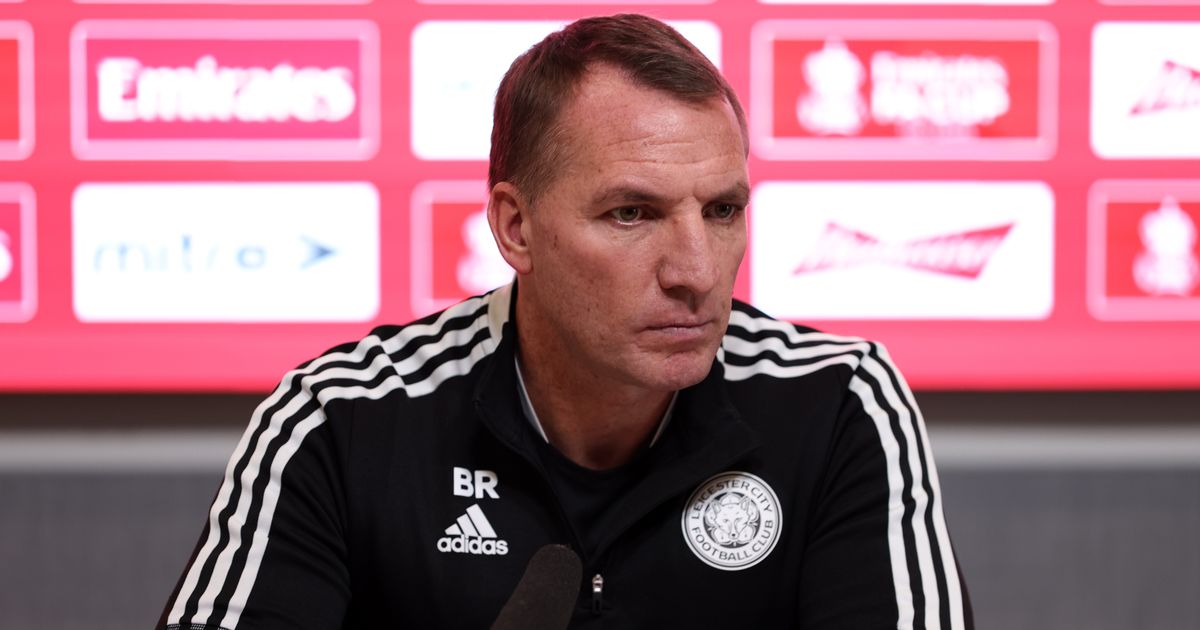 Last season’s FA Cup holders are out of the competition and on a Premier League slump amid an injury crisis, and Brendan Rodgers wants more from his players

Brendan Rodgers admits he is under pressure and has urged his Leicester players to “fight” and earn their big contracts.

Rodgers’ side are back in action at Liverpool on Thursday after he was forced to apologise to fans for an “awful” performance at Nottingham Forest.

The 4-1 thrashing by their Championship neighbours left Rodgers “embarrassed” as the FA Cup holders crashed out.

Leicester head to Anfield on the back of just three wins in 11 Premier League games as injuries continue to hamper them.

Another push for European qualification looks unlikely via the top-flight leaving Rodgers to front up.

He admitted: “The responsibility is always the manager’s, I pick the tactics and team.

“When you lose it is my responsibility and you are always open to criticism.

“Results, especially the one at the weekend, will always put you under pressure.

Brendan Rodgers was furious after the defeat by Nottingham Forest
(

“It is not something I shy away from.

“We have now got to dig deep to show that hunger and fight.”

Jurgen Klopp’s Reds are unbeaten in the Premier League at home this season.

But Rodgers, who bossed Liverpool from 2012-2015, claims it is the ideal stage to inspire his men to bounce back.

He has urged his players not to rest on their laurels with many now multi-millionaires from their lucrative contracts.

He added: “At a club like Leicester, you are just always trying to educate and teach players.

“My experience of working with the very best is you could have given them £1million a week and it wouldn’t have changed their desire to keep climbing, improving and getting better.

“The natural consequence of this group from what they have achieved, is it has allowed them to renegotiate and improve their conditions in life, which is absolutely brilliant.

“But you have to keep keep performing.

“You have to keep having that hunger.

“I always say to players before the ink is even dry on the new contract, that you have to be looking forward to the next one and being better and improving.

“When that doesn’t happen, or if there is a drop off in the performance level, then of course that is something I will always remind the players.”