"Werder Bremen are not your standard newly promoted side" 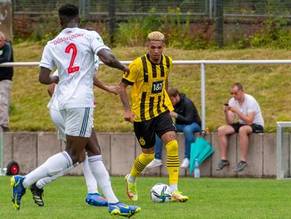 The Borussia Dortmund U23s marked new coach Christian Preußer’s first game in charge by beating the Fortuna Düsseldorf reserves. Almost all the new signings made their debuts in the friendly at Sportschule Hennef near Cologne.

New boss Christian Preußer fielded a different team in each half as his charges kicked off pre-season after the summer break. Goalkeeper Luca Unbehaun was the only player to complete the full 90 minutes.

The Black & Yellows started the opening period with new signings Aday Ercan, Valentino Vermeulen and Falko Michel, plus the returning Albin Thaqi who is on trial. They were joined by six players from last season: Marco Hober, Guille Bueno, Ted Tattermusch, Justin Njinmah, Niklas Dams and Kolbeinn Finnsson. BVB started on the front foot and with attacking intent, clearly dominated the ball and created one or two scoring opportunities. But Vermeulen, Tattermusch, Njinmah and Michel all missed chances to score.

The second half saw Preußer hand a debut to new signings Mario Suver, Bjarne Pudel, Dennis Lütke-Frie, Can Özkan and Michael Eberwein, plus guest player Rodney Elongo-Yombo. A quartet from last year – Antonios Papadopoulos, Franz Pfanne, Timo Bornemann and Moritz Broschinski – completed the team, which took the lead three minutes after the restart when Papadopoulos curled a free-kick from a good 20 metres out into the top corner to make it 1-0. After Fortuna had spurned a major opportunity to restore parity, the Black & Yellows created several good chances in close succession. Papadopoulos scored again 10 minutes after his opening goal, finding himself in the right place at the right time to make it 2-0 from Lütke-Frie’s corner. Bornemann found the back of the net following a fine pass from Özkan in the 68th minute to extend the lead to 3-0, before guest player Elongo-Yombo slotted home twice to round off the scoring at 5-0.