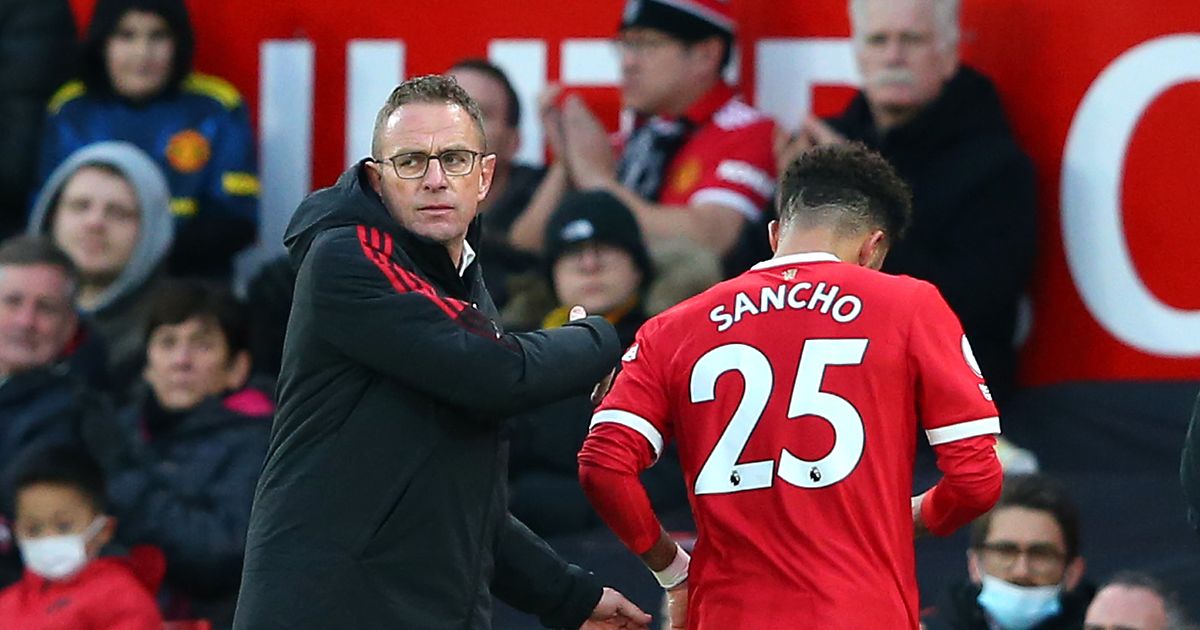 Ralf Rangnick has revealed he wanted to sign Manchester United ace Jadon Sancho when he was Leipzig boss – but got snubbed by the England star.

Sancho joined United from Borussia Dortmund last summer in a £73m deal to become their biggest signing of that window.

Now Rangnick is managing the England winger, having taken over as interim boss of United in November.

But Rangnick admits he targeted Sancho when he was just 17 and on the books of rivals Manchester City, only for him to reject a move to Leipzig in favour of joining Dortmund.

Sancho is starting to find his feet following a difficult start to life at Old Trafford.

He has produced some of his best form in recent weeks, scoring twice in his last three outings and Rangnick said: “Jadon, I’ve known since he was 17 when he still played in England.

“I contacted him and his agent when he was 17 and tried to convince him to join us at Leipzig, but he decided to go to Dortmund and had a great time there.

“He became one of the best wingers in the league and in Europe.

“The step to Manchester United is a big one, a massive step and it takes time. The style here fits perfectly with his assets, with him coming from the left side and I try to show him and give him my support.

“It’s more physical, more competitive. It’s about finding his best possible position and to help cope with the pressure, more than when he went to Dortmund at age of 17 or 18.”