Manchester United manager Ole Gunnar Solskjaer has revealed that he is still on the lookout for a new striker this summer despite Edinson Cavani signing a new contract.

Cavani finished the season strongly with ten goals in his last eleven games, with the Uruguayan set to remain at United for another year.

Solskjaer is delighted that United have been able to retain the services of the 34-year-old, but stressed that the club will still aim to strengthen in attack. 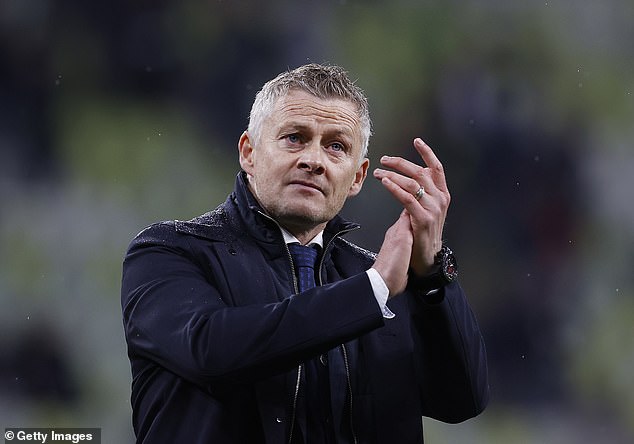 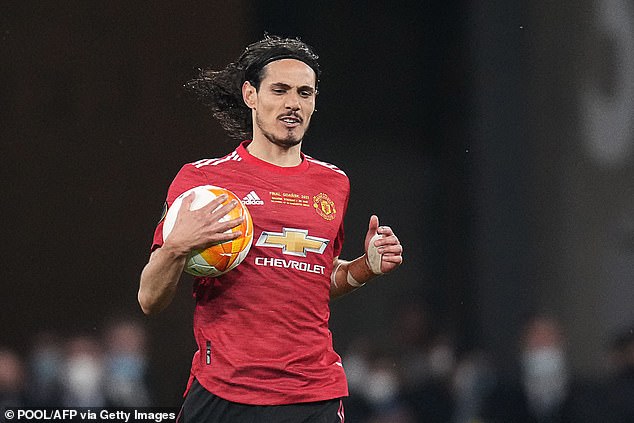 Edinson Cavani, who ended the season in great form, has signed a one-year contract extension

Solskjaer told TV2: ‘I am very happy that it has happened.

‘But that does not mean that we are not looking for someone who can challenge or learn from him [Cavani].’

Cavani endured some difficult moments during the early stages of the season, with injuries not helping his cause, but he eventually managed to settle in and make a major impact.

Solskjaer anticipates that Cavani will be able to perform at an even higher level next season.

He said: ‘It was very important, because we have not seen close to his best yet.

‘He came here in October and had not played football in seven months. 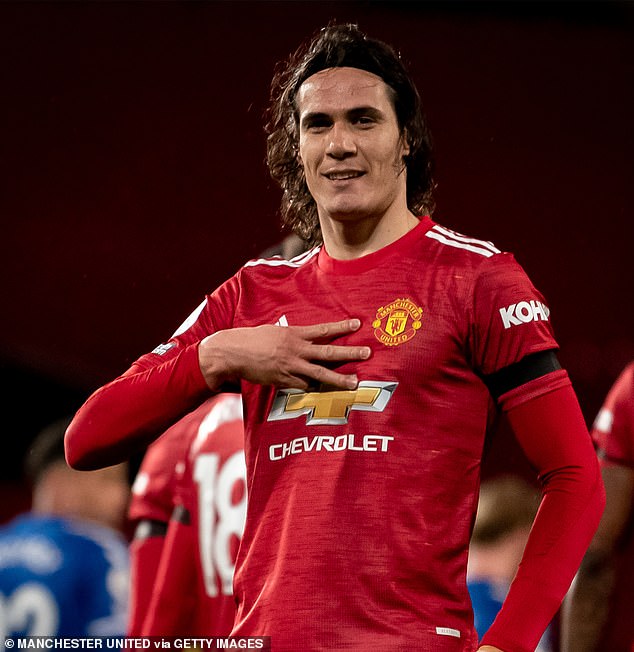 ‘It takes time to get in shape, even if he takes care of himself.

‘He got some injuries and little things that bothered him, and it is only recently that we have begun to see some of the best of him.

‘When he gets this experience and a run-up, he will be better than this year, despite the fact that he is getting older.’

Borussia Dortmund striker Erling Haaland, who has scored 57 goals in 59 games for the German club, is one option that United could consider if they do look to sign a striker.

Solskjaer can already call upon the likes of Anthony Martial, Marcus Rashford and Mason Greenwood but is still aiming to sign another attacker.

Midfielder Bruno Fernandes finished the season as United’s top scorer in all competitions with 28 goals, 13 of which were penalties.