All-action Jude Bellingham showed he has the LOT in Dortmund’s defeat by Man City… having been their best player at the Etihad, the 17-year-old’s superb strike and goal-line clearance in Germany belied his tender age

Jude Bellingham was 13 when the Football Association sat him down to map out his future. The kid from Stourbridge was to join England’s Under 15s early. Very few do that.

Two years younger than some contemporaries, England ignored his build and just wanted him to play. The message was not to worry about making mistakes or struggling physically.

The national team saw the midfielder had something a little different and wanted him in the system as quickly as possible. That decision has not gone too badly so far – and he is already starring on the biggest stage. 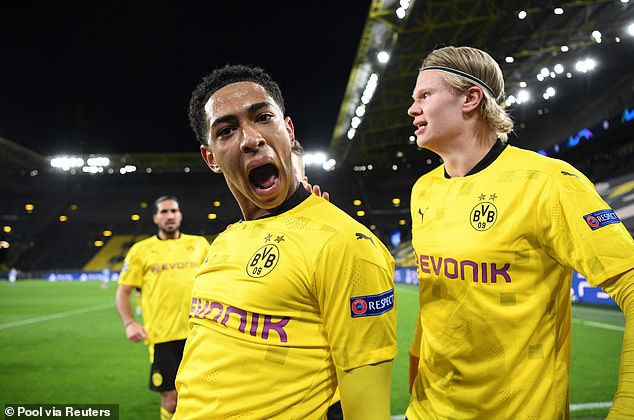 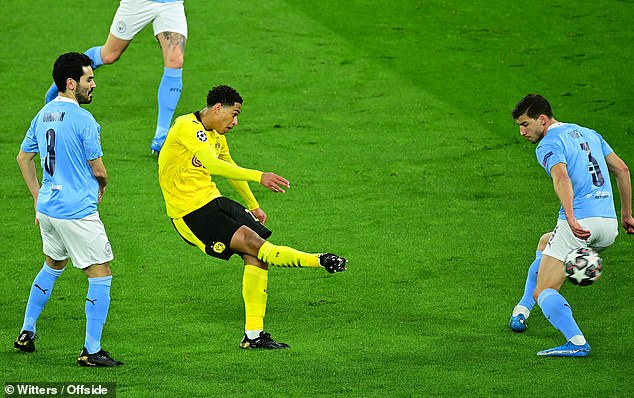 The startling aspect of Bellingham’s sharp rise is that the conversation with England’s development coaches at St George’s Park alongside his family was not that long ago.

Still only 17 and a full international. A Champions League regular. He was Borussia Dortmund’s best player at the Etihad Stadium in the first leg and the strike on Wednesday night belied his tender age.

So calm inside the Manchester City box. Unflustered by markers, a quick shuffle of the feet. As if nobody else mattered, he guided towards Ederson’s top corner and it looked all so natural. You would not have known it was his first goal in Europe – the youngest Englishman ever to net in the competition. Maybe nobody told him the magnitude of this fixture.

Dortmund’s interim coach, Edin Terzic, has had no qualms in continuing to start him over the past two months, on Wednesday night his seventh in succession. The only slight surprise is that Bellingham’s performances have not dipped. ‘He’s prepared himself for this,’ Terzic said. ‘It’s special for a boy of 17 to play every three days.’ 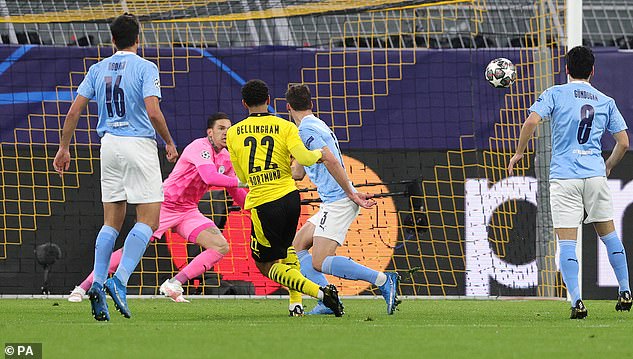 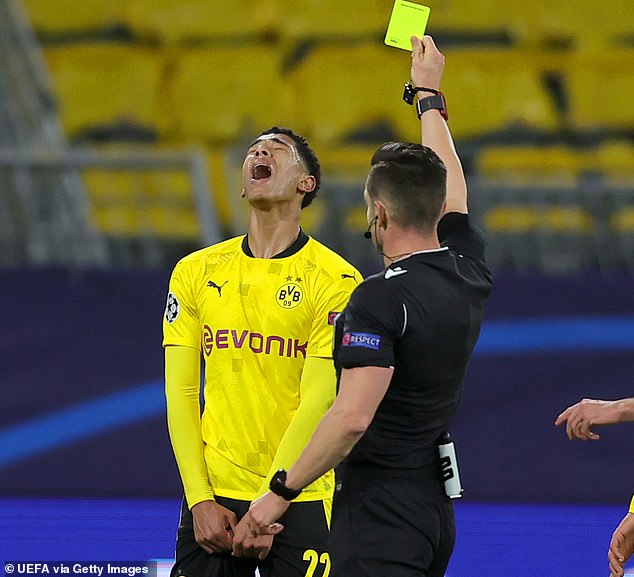 The most impressive aspect of all this is the position he plays. Plenty of teenagers can flourish in wide areas, or up front, but there is no hiding place when plonked in the middle of midfield. Not content with giving his team the lead, Bellingham made a crucial intervention at the other end, a goal-saving clearance off the line when Riyad Mahrez looked certain to equalise.

The block, met with a celebratory punch after completion, was just as intelligent as the goal from a positional sense. Here is an all-action midfielder, more than capable of affecting proceedings in either box.

Smart on the ball, niggly off it, happy to mix it physically, covers an incredible amount of ground: Bellingham has the lot. No wonder Birmingham City retired his number. 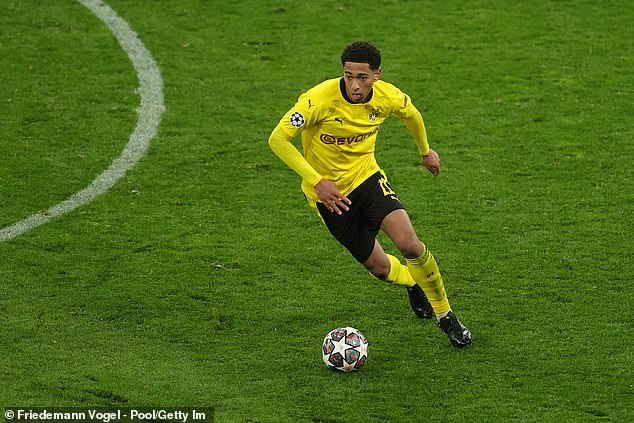