‘Jurgen is the motivator who prepares you to go into battle’: Man City star Ilkay Gundogan on being managed by ‘intense and emotional’ Klopp at Dortmund, lockdown loneliness and what it’s like living in the same building as his current boss Pep Guardiola

Man City star Ilkay Gundogan has opened up on life in lockdown, what it’s like being managed by Jurgen Klopp – and giving Pep Guardiola a lift home from training.

In a wide-ranging interview with Mr Porter, the Germany international has lifted the lid on his life on and off the pitch, and revealed what it is like to play under two of the world’s best managers in Klopp and Guardiola.

He played under Klopp at Borussia Dortmund, and describes him as ‘intense and emotional, like Liverpool play now’, and admits that his current Man City boss Guardiola is very different in their approach. 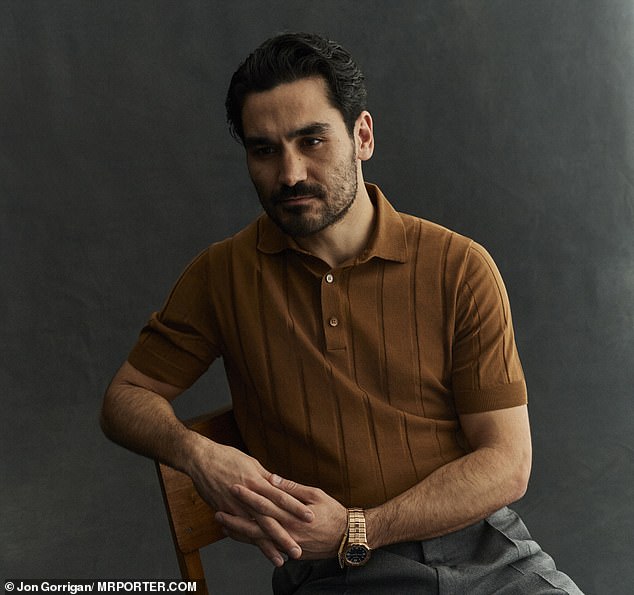 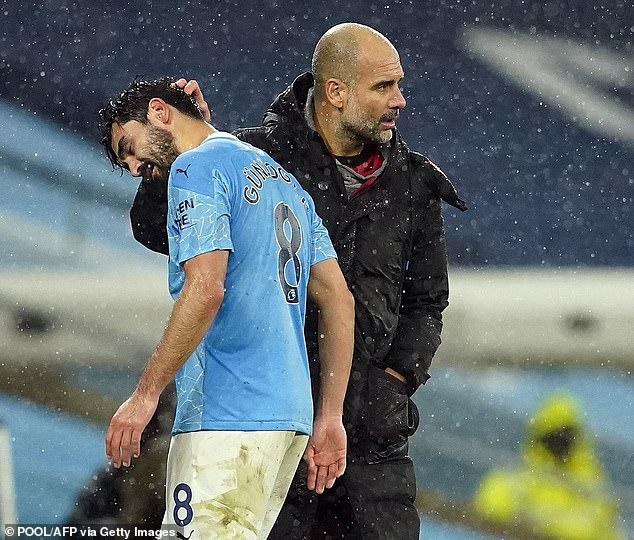 ‘Both are great and have personality types I get along with, but Jurgen is the motivator who prepares you to go into battle while Pep is someone who pays an incredible amount of attention to the tactical details of the game, he always wants a plan and to see patterns in the game,’ he said.

‘That’s why he likes players that are smart, flexible and versatile.’

One potential difficulty Gundogan has had to overcome in the last few years at City is living in the same apartment block as Guardiola.

While many players may wish to keep away from their boss away from the world of football, Gundogan admits he has even chauffeured his manager on one occasion. 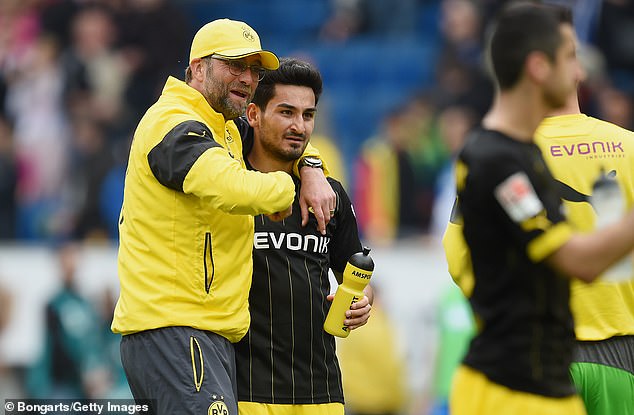 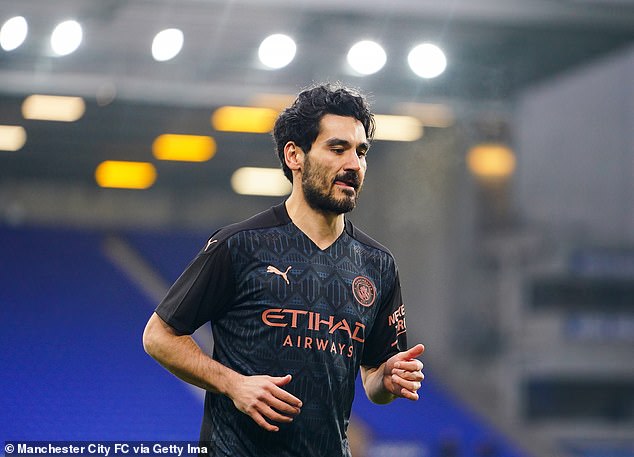 ‘I have given him maybe one lift home from the training ground in five years, and I barely see him in the building unless it’s in the lift or reception and he’s really easy to deal with. He gives me my space and I give him his.’

Space is something that Gundogan will have had a lot of in the last year, with the UK having spent much of it in lockdown due to the coronavirus.

The German international admits that is something he has struggled to deal with, given his outgoing nature and love of exploring the local area.

‘Having all these people always visiting me was why I adapted so quickly to life here,’ he noted. ‘I loved the social side, going for a coffee or maybe a meal.’ 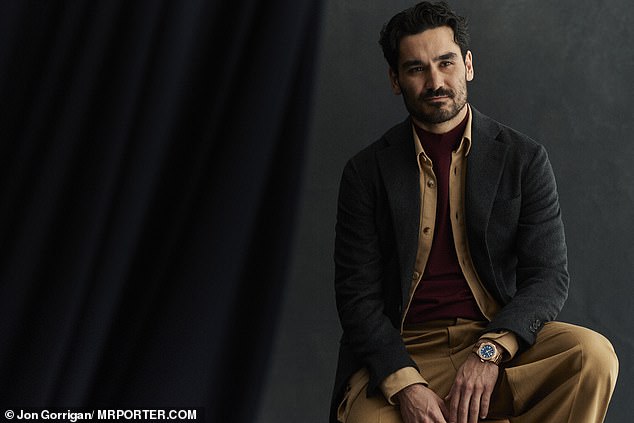 Gundogan poses for his shoot with Mr Porter, and opened up on loneliness while in lockdown 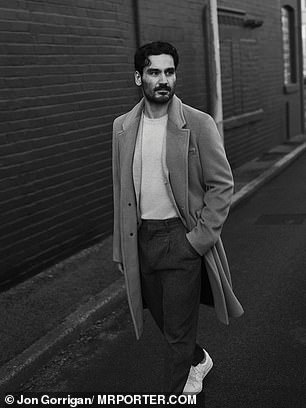 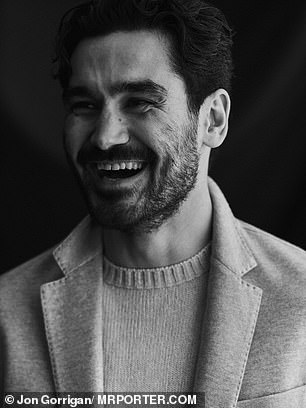 Gundogan even caught Covid back in 2020, and admits he was frightened by the effects it could have on him – and also his family members.

‘To the people who say it’s like flu, let me just say that I have never had such a flu. It was scary, not just the physiological aspect but the psychological side of it, you know, like actually having corona when you have a pandemic going on and a lot of people who have died from the illness.

‘It makes sense to be scared and yet I’m still young, healthy and a professional sportsman, so, for me, it is always worse thinking about my grandparents or parents. What happens if those who I most love in my life actually catch it?

‘On top of that are the worries about the long-term effects. So far, fortunately, I don’t feel like there is anything different to my life before Covid, but we don’t really know 100 per cent.’

Read the full interview at www.mrporter.com