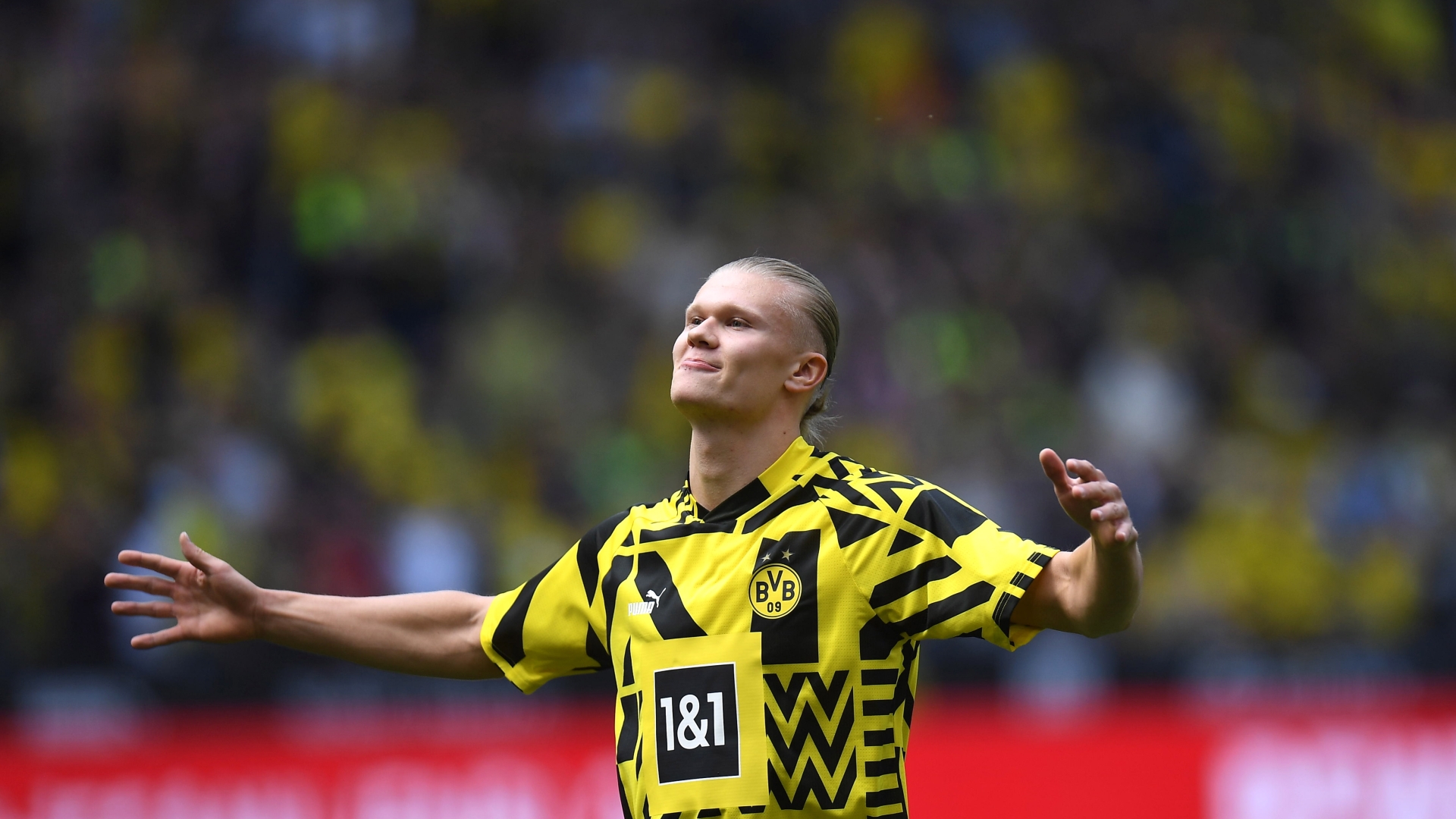 ERLING HAALAND has been seen for the first time in a Manchester City shirt after arriving at the club’s HQ.

The 21-year-old was announced as a City player earlier this month, ending his short stay at Borussia Dortmund where he scored 86 times in 89 games.

Premier League champions Man City paid a modest £51million for the prolific goal scorer, sealing one of the bargains of the window.

But with Dortmund’s season finished, Haaland has jetted into Manchester and is ready to start work.

Haaland was spotted in Manchester dripped out in Stone Island attire, something which will please new boss Pep Guardiola.

One of the signature dishes on the menu is a 40 days dry aged sirloin steak bone, cooked in their Mi Brasa Charcoal oven.

The food comes out with a slightly smoky flavour but maintains its great texture.

But it’ll cost you £65 for the mouth-watering dish.

You can also tuck into a whole leg of lamb with a side of potatoes, parsnip and carrots.

Haaland has also been spotted in his new colours of sky blue at the club’s HQ.

He appeared to be preparing to take some pictures in the club’s full kit.

Guardiola is confident the Norwegian will fit right in at the Etihad.

“I have to know him to give a real opinion and work with him. But when he scores his amount of goals it is because he is good and intuitive.

“Arriving in a new country and new house and friends and all these kind of things, you have to adjust.

“That’s why he has to settle here, start, have good holidays, come back here with no injuries and start to work and play.

“He hasn’t come here for two or three months, he comes for many many years, I hope. If he needs more time, there is more time.